How to Spend 24 Hours in Bremerhaven 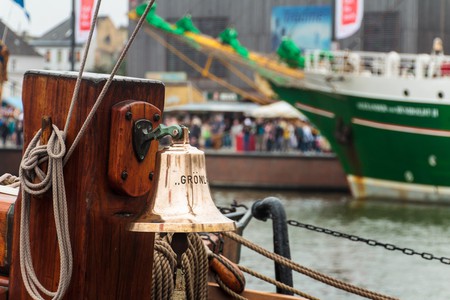 Bremerhaven is nestled on the North Sea coast, a quick 45-minute drive up from Bremen and well worth visiting for a day. Maritime flair combined with a few historical sights make for a jam-packed sightseeing trip. We created a 24-hour itinerary of the best things to do in a day, so you don’t have to.

Once you arrive in town – whether that’s by car, train or even boat from Bremen – grab some breakfast at one of the city centre cafés before you dive into the sightseeing action. Caspar David & Co dish up yummy à la carte German breakfast platters of fresh buns topped with cheese spreads and sandwich meats alongside muesli and cereal, eggs, juice and coffee. Blattlaus is set in what looks like a large greenhouse and offers a daily breakfast buffet for around €10. The on-site restaurant of the Atlantic Hotel Sail City, Strom, has an upscale daily breakfast buffet that costs twice as much but besides the standard breakfast options also includes a wide range of fresh cold and warm foods, from waffles to pancakes, plus unlimited prosecco. If you’re in town on the first Sunday of each month, the restaurant hosts a brunch on the 19th floor from where you have panoramic views of the city and seaside. 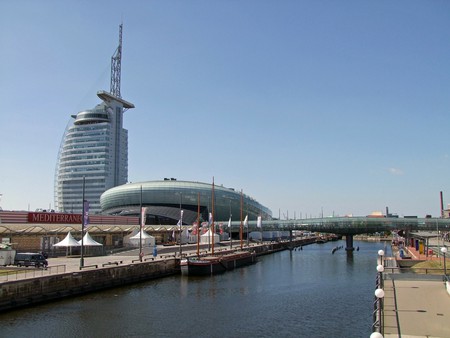 Speaking of views, it’s worth heading to the Atlantic Hotel regardless, and straight up to the publicly accessible viewing platform (€3) on the 20th and 21st floor, to start the day with a vista over the city below. You can see many of the attraction you’ll be visiting over the course of the day from up here.

Just downstairs is one of Bremerhaven’s top attractions – especially for those driven by wanderlust and a fascination for our planet. The Klimahaus Bremerhaven 8° Ost only opened in 2009 and already takes more than half a million visitors every year on a journey along the 8th meridian and through the various climatic zones along the way. The exhibition (€11.50–€16) is composed of fascinating exhibits and interactive displays revolving around the weather, climate change, and how it affects life on our planet. Plan for a couple of hours to see the entire exhibition. Guided tours in German (€3) run twice a day; however, if you wish to take a tour in English, you should contact the museum ahead of time to schedule one.

Catch bus number 511 down to the Fischereihafen district. In less than 20 minutes, you will arrive at what has evolved to be Bremerhaven’s favourite strolling promenade. The Schaufenster Fischereihafen stretch of waterfront is populated with a couple of maritime-themed exhibitions and shops, but most importantly many cafés, restaurants, bars and market stalls that serve some of the best seafood in town. Räucherei Herbert Franke is the smokehouse in the neighbourhood and the perfect spot to grab a snack for lunch. You can peek over their shoulder while they prepare your fish sandwich. 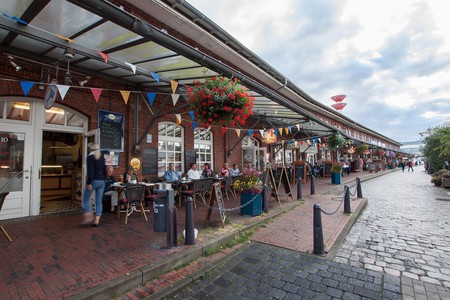 Spend some time exploring the area and soaking up the atmosphere here before you head back to town to continue your sightseeing trip. Once there, it’s time to dive further into the history of Bremerhaven. Depending on which aspect of history that interests you, you have the choice between visiting several museums. The Historical Museum (free entry) addresses the cultural and economic history of Bremerhaven from the early settlements through to becoming one of Germany’s major port cities. The German Maritime Museum (€4) is dedicated to the history of seafaring and boasts the wreck of a 1380 Hanseatic cog as its centrepiece. Between 1830 and 1974, more than seven million emigrants boarded the many US-bound ships at the city harbour. The exhibition of Deutsches Auswandererhaus (€14.80) is dedicated to their lives and the journey across the Atlantic.

Whichever of the museums appeal to you the most, head to the German submarine Wilhelm Bauer. The museum (€3.50) gives you a rare chance to step inside a decommissioned Nazi U-boat and get a feel for the near-claustrophobic space of the vessel and the technology that made the XXI-type the leading submarine of its time. 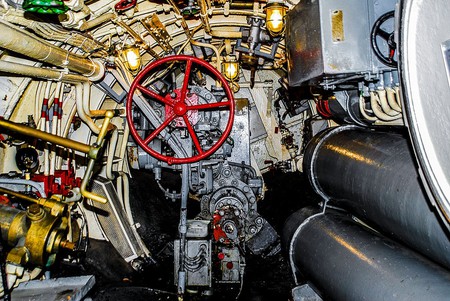 After a day’s worth of exploring, it’s time to refuel, and in Bremerhaven, fresh seafood and draught beer are the way to go. The city centre is home to numerous fantastic eateries across all price ranges. At Seute Deern, you can wine and dine on a sailboat. The top-notch restaurant serves delicious seafood as well as other German goodies. Wasserschout has both seafood specialities (soused herring) and regional treats such as Grünkohl mit Pinkel on the menu, while Pier 6 serves traditional foods with a modern twist – think sea bass with sweet potato purée.

Bremerhaven is relatively small and the nightlife somewhat placid, but if you fancy a pint after dinner, you have a few bars and pubs to choose from. For a proper night out, people usually head to Yesterday, or ideally down to Bremen.