How To Celebrate Oktoberfest Outside of Germany

There’s nothing like the pain of donning your dirndl or lederhosen, grabbing your liter of beer … and then realizing that you’re miles away from Munich. Don’t feel too down, though. The rest of the world may not be Germany, but it does have plenty to offer for all the Oktoberfest-seekers out there. Depending on your time and your means, here are several things you can do to get yourself in the festival spirit. 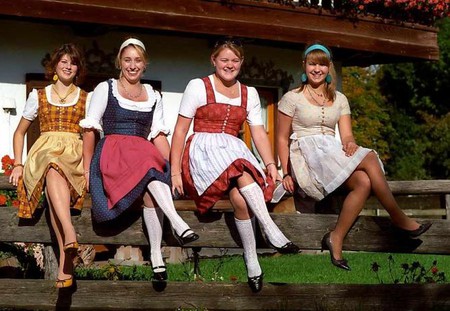 Ahh, Oktoberfest. That archetypal celebration of jollity, that capital of lederhosen, everyone’s favorite representative of Bavarian culture. There is truly no better spirit than what you feel upon entering Munich’s famous Theresienwiese, or simply Wiesn for those in the know. The clothing, the food, the beer, oh my!

The problem is, only about six million people every year are fortunate enough to get themselves to Munich for at least some part of those glorious days in September and October. So what are you supposed to do if you’re not one of them?

Well, it turns out that there are plenty of ways that you can transport yourself into the Oktoberfest spirit without actually transporting yourself to Oktoberfest itself.

The tradition of Oktoberfest began in 1810, when Crown Prince Ludwig I married Princess Therese of Saxe-Hildburghausen, and all the citizens of Munich were invited to participate into the celebrations. From there, it gradually grew into a huge celebration of Bavaria and Bavarian culture – and the lederhosen and dirndls are a big part of Bavarian material culture.

At Oktoberfest, more than just the occasional person is dressed to impress in their traditional Bavarian costumes. In fact, you’d feel out of place if you went in wearing everyday clothes. And if you’re trying to celebrate Oktoberfest anywhere else, the first essential thing for you to do is find your outfit. 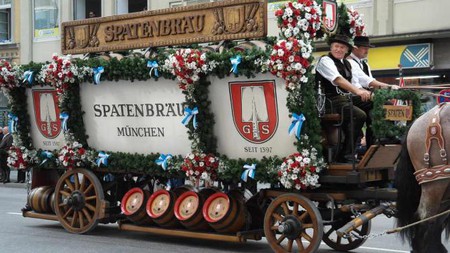 A beer cart in Munich | © Romi/Pixabay

Get your food game on point

If you’re thinking that traditional Oktoberfest food basically consists of sausages and sauerkraut, you’re not far from the truth! All the old ideas about German food mainly revolving around meat and potatoes might as well have come from Oktoberfest.

When you’re preparing your Oktoberfest celebration, go out and stock up on chickens to roast, ham hocks to grill, and all the various sausages you can find. If you’re very lucky, you might even find the Bavarian special Weisswurst around – this white sausage served with sweet mustard is a regional special. Vegetarians aren’t left out either – make some kasespatzle (think German mac and cheese) or obatzda, a cheese-butter spread that goes great on a pretzel with some beer on the side.

We would be kidding ourselves to say that any element of an Oktoberfest celebration is more central than the beloved Oktoberfest beer. Only six Munich breweries are allowed to make the special Oktoberfest beer, with is significantly stronger than their normal brews.

Try to find one of those celebrated Bavarian beers if you can, and then of course drink it in a “Mass,” or liter-sized glass. Oktoberfest, we must remember, is not for the faint of heart. If there’s no Augustiner or Hofbrau options around, don’t worry! Breweries worldwide make either their own Oktoberfest beers, or just seasonal autumn beers. Who said a pumpkin ale couldn’t replace a Hacker-Pschorr in a pinch? 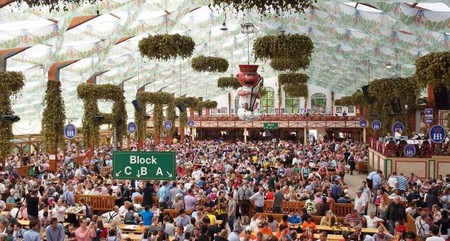 An event as great as this is bound to spread far and wide, so it’s unsurprising that Oktoberfest has outposts scattered across all the continents. If you happen to be in the area (or if it’s just more convenient than Munich), why not join in?

There are several events across the US and Canada where people of German descent make up large segments of the population. Kitchner-Waterloo, Canada; Cincinnati, Ohio; and La Crosse, Wisconsin are all great ones. Of special note in Cincinnati is the dachshund race, where the dogs even wear costumes. There’s one in the Venezuelan city of Colonia Tovar, and then across the globe in Bangalore, India. Brisbane, Australia really does it up with yodeling and a strongman competition, and you’ll find one of the most opulent Oktoberfests in Dubai. And that’s just to mention a few! Look and see if there’s one happening near you, even if it just happens to be outside the local German-themed pub. A small Oktoberfest is better than no Oktoberfest at all.

Have your own party!

Okay, so you probably won’t be able to open up a tent that seats 10,000, but no one can be perfect. Besides some themed decorations, one absolute necessity for your own Oktoberfest party is the music. While you probably won’t want to find a whole band complete with a tuba to come into your home, you can certainly get your hand on some traditional German music. There’s even a special verse for toasting – make sure you have that so you can make your friends stand up and toast at will.

Once you’ve gathered together the requisite ingredients from above, no one can stop you from partying like it’s Munich. Throw up a few streamers, heat up the grill, don your dirndl, and you’re all ready to go. Maybe you’ll make it to Munich next year – but with all these options, who really needs to?