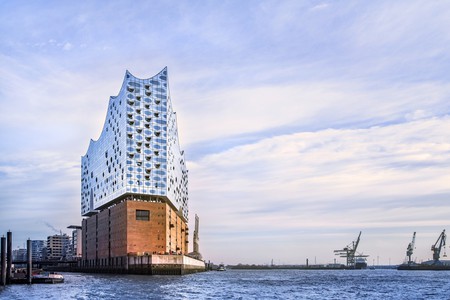 © Thies Raetzk
In association with

It may have taken 10 years to complete and cost 10 times the original estimate, but Herzog & de Meuron’s stunning new concert hall is worth every penny, as it will undoubtedly become Hamburg’s most iconic and instantly recognised landmark, and a top tourist draw for Germany. As it opens, Culture Trip explores this shining example of contemporary architecture at its best. 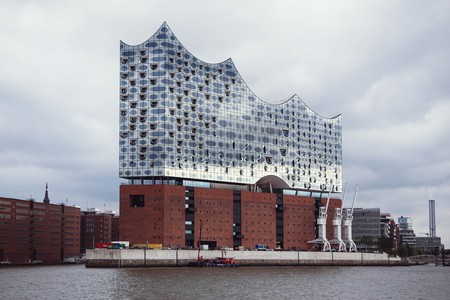 Despite being a concert hall, it isn’t just a destination for the musically minded or culturally astute – it’s a hugely significant and hotly anticipated architectural treasure making its debut on the world map. The Elbphilharmonie has been a labour of love for renowned Swiss architects Herzog & de Meuron, and, as it opens its doors after almost a decade of earnestly waiting, locals can finally celebrate what will most certainly be a defining feature of the city’s self-image – what the Louvre is to Paris, the Elbphilharmonie will be to Hamburg. 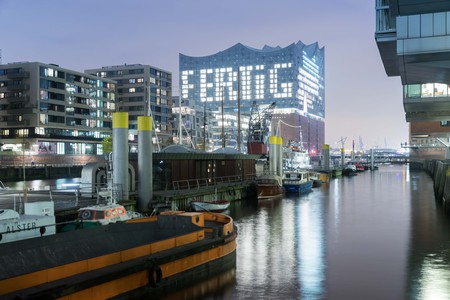 What makes the Elbphilharmonie a stand-out architectural masterpiece is not just the fantastic feat of engineering that went into making it, but a certain magical quality it exudes. From the moment you set eyes on its dazzling, jewel-like exterior to when you cruise through a glittering glass tunnel on its 82-metre-long curved escalator, you are filled with a sense of heightened anticipation and delight.

On reaching the heart of the building, you encounter an incredible 360-degree panoramic view over the city and its port from the central Plaza, which floats 37 metres above the ground. 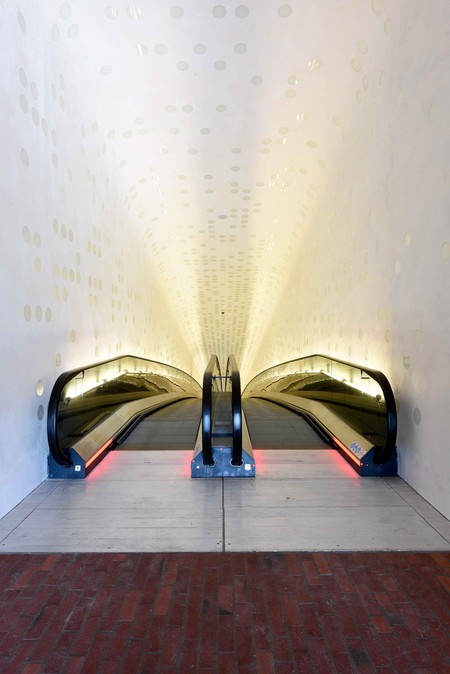 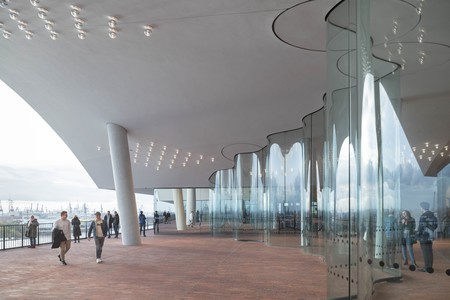 Perched on top of a 1960s brick warehouse – the former Kaispeicher A – the new landmark will be a game-changer for the HafenCity dock area, which is already becoming a blueprint for the development of a European city on the waterfront. It’s also situated next to the UNESCO heritage site Speicherstadt, or the ‘warehouse district’, making a bold statement against the industrial backdrop, with the glistening wave-like top soaring 110 metres into the sky above the red-brick buildings below. 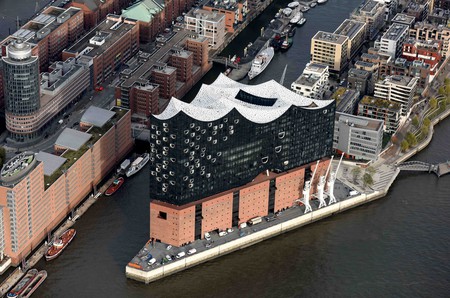 Inside, there are three concert halls, the jewel in the crown being the 50-metre-high (from ground level) Grand Hall. As the name suggests, it’s an impressive and generous space, seating 2,100 people in a ‘vineyard’ structure – the orchestra is in the middle, surrounded by rows of seats rising in steep tiers, meaning no view is obscured. No guest is further than 30 metres away from the conductor, so the visual and listening experience is second-to-none for everyone.

The genius part is the fact the 12,500-tonne hall rests on 362 giant springs as a stand-alone entity for soundproofing reasons. To further ensure acoustic perfection, a special material called ‘White Skin’ – a mix of plaster of Paris and recycled paper – has been developed into panels by acoustician Yasuhisa Toyota to ensure the best possible sound quality. 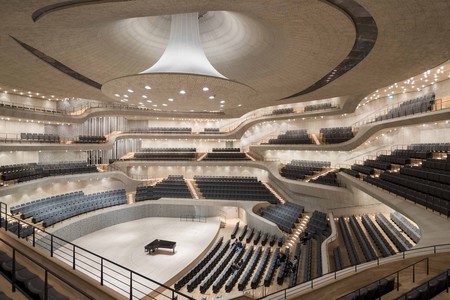 In addition, there is the chamber music Recital Hall, which has seating for 550 listeners, offering a flexible venue for jazz and world music concerts, plus a third studio, the Kaistudio 1, in the old building, for contemporary and experimental music. There’s also a five-star hotel with built-in services including restaurants, a health and fitness centre, and conference facilities, as well as luxury flats. 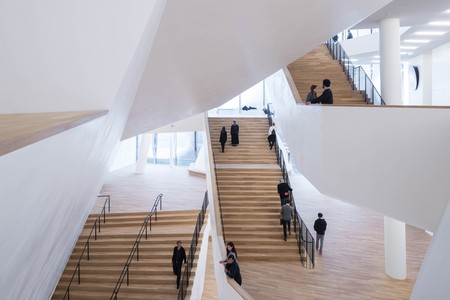 Herzog & de Meuron says: “Long a mute monument of the post-war era that occasionally hosted fringe events, the Kaispeicher A has now been transformed into a vibrant, international centre for music lovers, a magnet for both tourists and the business world. The Elbphilharmonie will become a landmark of the city of Hamburg and a beacon for all of Germany.” 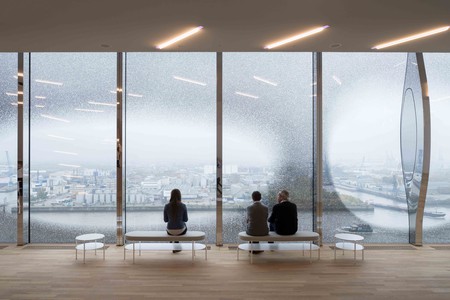 Open officially from January 11 and 12, the Elbphilharmonie will kick off with a celebratory three-week festival led by the NDR Elbphilharmonie Orchestra and during the opening season there will be 15 top international orchestras, some of the world’s most famous singers and nearly two dozen extremely famous pianists performing. Highlights include a rare performance from Norway’s Kings of Convenience on May 8; mandolin player Chris Thile will present a solo evening covering everything from Bach to improvisation on March 26, and world-class cellist Yo-Yo Ma will join pianist Kathryn Stott on January 24 for an evening of sonatas, including works by Bach, Shostakovich, Franck and Debussy. See what’s on in the coming months here. 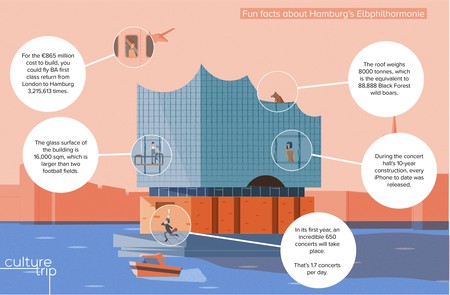