German Castles You Can Actually Buy 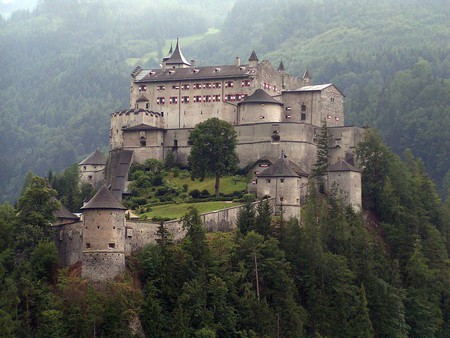 Ever dreamt of living in your very own castle? For many this notion will remain a fantasy, but in Germany it doesn’t have to. With architecture and landscapes that have inspired many of Western society’s most iconic fairytales, the country is still filled with many old castles, and some have been converted into livable luxury homes. Here are four castles in Germany that you can actually buy.

Many of Germany’s castles were built on the Rhine, partially for its strategic location and likely because of the spectacular views. Built between 1355 and 1361, this castle has been deemed UNESCO World Heritage worthy, but it is still up for sale as a residence, for corporate purposes, or events. On the property, there are multiple furnished bedrooms, conference rooms, a dining hall, office spaces, and a gorgeous courtyard. The castle complex itself has been renovated and outfitted with modern amenities, but it still bears the splendid, romantic aesthetic of a medieval citadel. It costs €5.28 million. 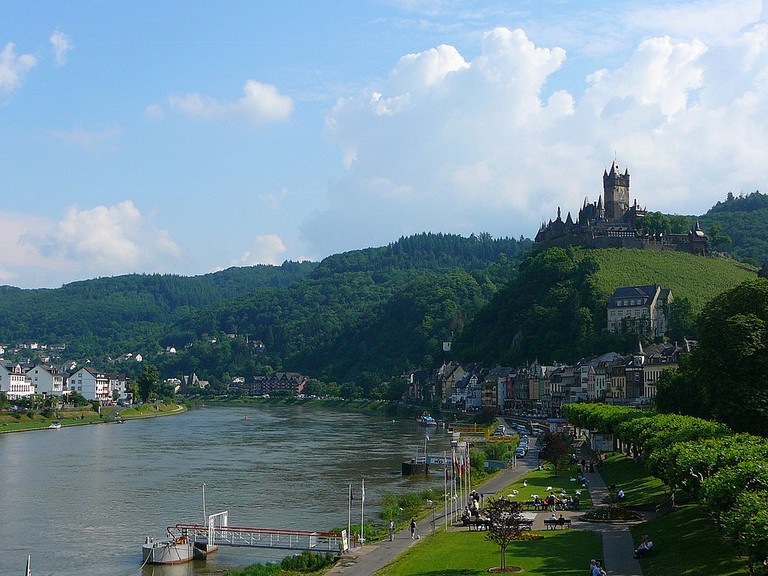 Library
Facebook
Email
Twitter
Pinterest
Copy link
Share
Map View
Imagine having dreamy fairytale castle for you and your friends equipped with 21 rooms, each with their own luxurious bath. If you happen to win the lottery or come into some old money inheritance from a great aunt, then the Hohenbocka Château in Brandenburg can be your reality. This elegant castle sits on a seven-hectare kingdom of trees, forested parkland, and near enough to the Lausitzer Seenland in case you fancy a swimming break in a network of lakes. Initially owned by the von Götz family, construction of the fairytale castle began in 1897. The complex, with more than 600 years of history behind its name, consists of five buildings which have been thoughtfully restored to retain its whimsical character and charm. The spacious rooms are all equipped with royal fittings. Hohenbocka Château also boasts a library, restaurant, banquet hall, sauna and jacuzzi, a fireplace and a commercial kitchen. On your mark, get set, and put in your offer here!

If you’re really interested in going back in time, then the 14th century gothic castle situated between Koblenz and Frankfurt could be your new kingly address. Perched on solid rock, the castle is reminiscent of a medieval city, where men wore armour, pledged allegiance to a crest and rode horses, while the women were fine maidens who could be won. Steeped in history, the castle was once owned by a knight of the Holy Sepulchre of Jerusalem. Expect village scenery consisted of old timber houses, a forested area and a freestanding watch tower with walls almost 3 meters thick, so you can safely see all of the land around you. The garden vaults would make a perfect wine cellar to boot. This medieval movie-scene is on offer for a surprisingly low price, probably because it will need a little bit of TLC and restoration. Indulge yourself and inquire here. 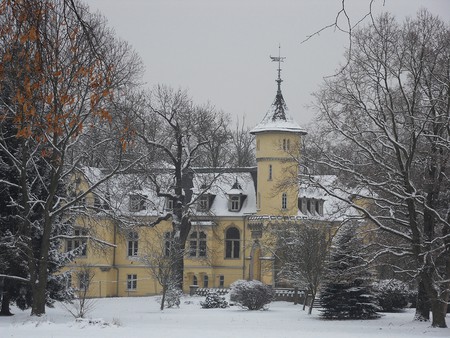 Sprawling over 2,000 square feet, this fenced-in, forested dream home sits on the Rhine. This 1,000 year old castle is located just south of Bonn. While most of the other castles on the list would optimally function as business facilities or events spaces, this prime piece of real estate is ideal for residential living, particularly for those with large families. The 30-room castle includes ten bedrooms, nine bathrooms, a four-car garage, a wine cellar, an indoor pool, a chapel with vaulted ceilings, and more. Outside, there is also a tennis court and a helipad, just in case your extravagant lifestyle also involves using a helicopter as the primary mode of transportation. The home sold for $22.3 million. 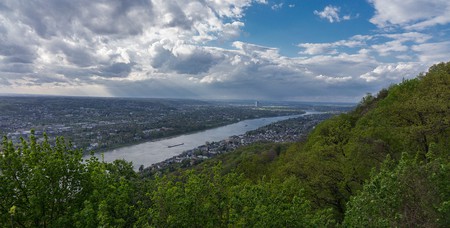 Bonn | © kismihok/Flickr
Give us feedback