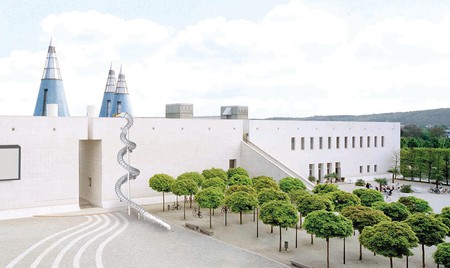 Next May, the Belgian artist will install a 35-metre-long slide outside Bundeskunsthalle’s entrance facade as part of the contemporary art museum’s Playground Project.

Carsten Höller’s slides can fill you with the feeling of exhilaration and fear in equal measure. I recall the first time I descended one at London’s Tate Modern for his Turbine Hall commission, Test Site (2006). From the top floor I swirled around space inside the metal design at what felt like lightning speed, and flew out the end of the slide with a whizz pop (and maybe some rather sore elbow burns). I’ve since learnt to keep my arms in tight to fully appreciate the experience of zipping through time. 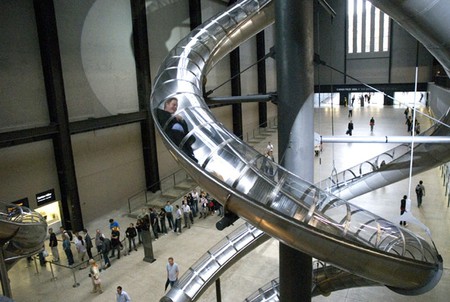 Before the Hayward closed for its extensive renovation, Höller gave visitors two ways to leave his exhibition, Decision (2015) either via the normal – dare we say boring – stair route or via two slides on the exterior of the 1950s Royal Festival Hall building. You can imagine the route I chose.

Most recently he’s developed the world’s longest slide at 178 metres for the ArcelorMittal Orbit, designed by Anish Kapoor. 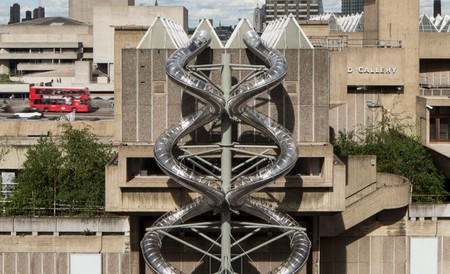 Höller has said a slide is both ‘a sculpture that you can travel inside’ and a ‘device for experiencing a unique condition somewhere between delight and madness.’

In 2018 he’ll create the Bonn Slide for Bundeskunsthalle, a semi-permanent interactive sculpture that will launch as part of their international group exhibition, Playground Project (May 31–October 28). Considering how a museum is both a site for preserving the past but also embracing experimentation, Höller will once again invite museum visitors to experience the unexpected as they descend from the museum’s roof to the forecourt. 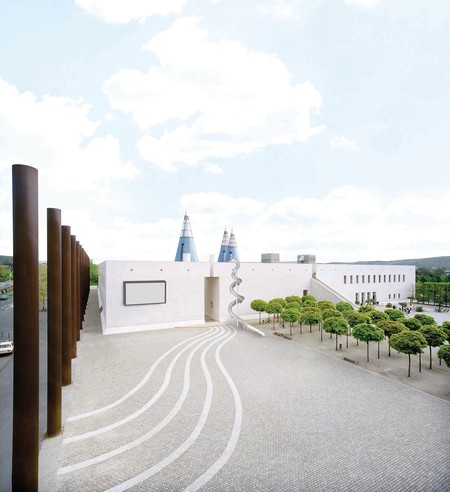 In Höller’s hands, sculpture becomes a playful platform that not only expands the conceptual connotations of the medium but ultimately transforms the viewer’s physical and emotional experience of art. Since 1998, Höller has included the slide within his sculptural practice, readdressing our association of slides to extend beyond one of amusement parks or emergency. Made from transparent polycarbonate and spiral steel pipes, the slide is both an architectural means of transport and a sculptue that alludes to Constantin Brancusi’s The Endless Column (1938). It’s a work of art that can be experienced from both inside and out and one we highly recommend for your 2018 must-do lists.

Carsten Höller: Bonn Slide will be at Bundeskunsthalle, Museumsmeile Bonn, Friedrich-Ebert-Allee 4, 53113 Bonn, Germany from 31 May 2018.