Actors You Didn't Know Were German 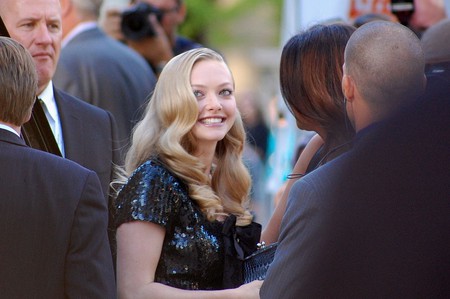 People of German descent live all over the world, with large populations of people who can trace their backgrounds back to Deutschland in places like the United States, Brazil, Argentina, and Canada. Therefore, many famous actors and other celebrities have German roots. Have a look at these eight, some might surprise you all the same.

Kirsten Dunst has long been a beloved star, thriving in a multitude of roles from Jumanji to the Virgin Suicides to Marie Antoinette and Melancholia, following her debut in Woody Allen’s Oedipus Wrecks. While the 34-year-old actress was born in New Jersey, she has actually held German citizenship since 2011. She attained citizenship to make filming in Europe easier, and inherited the status from her father who is from Hamburg. Dunst is still perfecting her speaking abilities but loves to spend time in Berlin. If you find yourself in the Hauptstadt, keep an eye out! 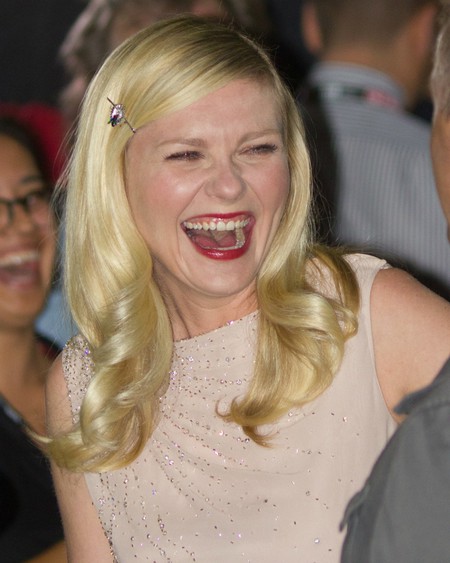 Michael Fassbender is one of Hollywood’s biggest actors at the moment, known for his roles in movies like Shame, X-Men, 300, and of course, Inglourious Basterds, where he wowed audiences as German-speaking Lieutenant Archie Hicox. While Fassbender speaks with an Irish accent in English, this only reveals half of his national background. Fassbender was born in Heidelberg, as his father is German. His Deutsch is quite fluent, but his accent still betrays him when he speaks the language. Despite this, Fassbender has mentioned that he would like to continue to do roles that require him to use his German skills.

Miss Congeniality star and Oscar winner for The Blind Side, Sandra Bullock has had a lucrative career for her portrayal of many different compelling characters. While she may be a widely known actress, few may realize that she is fluent in German, which she has revealed publically on various occasions including during the Bambi Awards and at the Oscars. She can speak so well because her mother was a German opera singer, Helga Mathilde Meyer. Her parents met when her father, a member of the US Army, was stationed in Germany. Even though she was born in Virginia, Bullock actually lived in Nuremberg for 12 years as a youth, so she had plenty of time to practice the language.

Bruce Willis, one of the most iconic America action stars has a Deutsch side. In fact, he was born in the West German municipality of Idar-Oberstein in 1955, and he lived there for the first two years of his life until his father was discharged from military service. Like Bullock, his parents met when his father was stationed in Europe. His mother is from Kassel. It is suspected that Willis can speak a bit of German to boot…albeit only a handful of words as most of his time spent in the country occurred before he could talk. 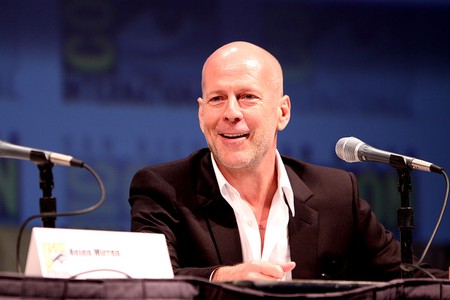 Better known as Charlie from Lost or Merry from The Lord of the Rings Trilogy, this British actor holds German roots. In fact, while Monaghan might appear to be a Brit through and through, he was actually born in West Berlin in the late ’70s. While his parents are both British, his family lived in the German capital and moved from to Düsseldorf, Stuttgart, and Munster before finally settling in the UK when Monaghan was 11. He can still speak conversational German, and has been known to do so in interviews.

No doubt Leonardo Dicaprio is one of America’s most beloved actors thanks to his roles in Titanic, Inception, The Wolf of Wall Street, and most recently, The Revenant. His name might seem like a clear indicator that he is of Italian origin, but it’s not the entire story. In actuality, Dicaprio is the child of a German-born woman, and his father is also half German. In fact, when we look at his full name, Leonard Wilhelm DiCaprio, the German certainly shines through! What’s more is that the actor is fluent in German.

The late ‘Princess Grace,’ an iconic actress known for her beauty, was actually German in heritage. Kelly starred in several iconic Hollywood fims including High Noon, Mogambo, and To Catch a Thief. She even won the Academy Award for Best Actress in 1954 before ultimately marrying the prince of Monaco and emigrating to the country in 1956. Even though she was born in Pennsylvania and spent much of her life in Monaco as the wife of Rainier III, Prince of Monaco, Kelly’s grandparents were German immigrants who came to the US at the turn of the century. 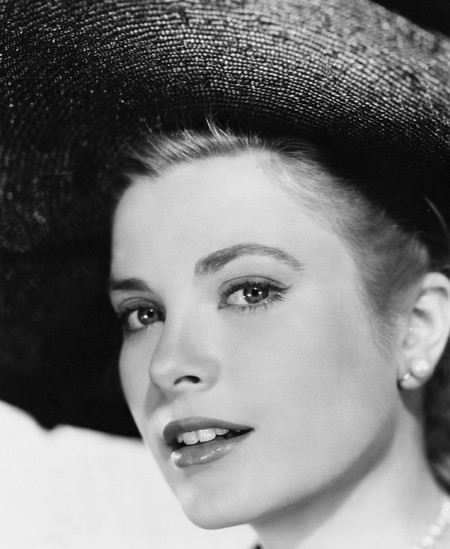 Mean Girls, Les Misérables, and Mamma Mia co-star, as well as the stunning lead in Dear John, Amanda Seyfried is one of Hollywood’s A-List celebrities. Seyfried is also from Pennsylvania, but within the context of this post, her last name does conjure Deutsch linguistic origins. Indeed, the actress is almost 100% German as far as her national roots go. With blond hair and blue eyes, she does look quite German in appearance. While it is doubtful that she speaks German, she does complain that she gets a lot of grief for the mispronunciations that her name receives stateside. 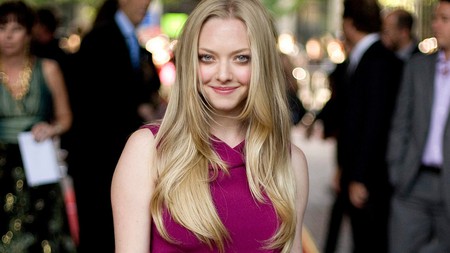 © Danny Harrison
Give us feedback