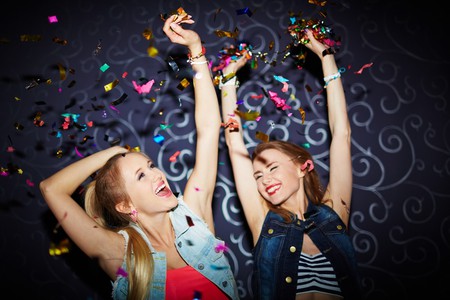 Want to experience what it’s like being an astronaut and float around in zero gravity while listening to the freshest tunes?

Then you’re in luck, because World Club Dome is hosting one of the world’s first ever zero gravity parties.

The World’s Smallest Nightclub will take place on February 7, 2018, in collaboration with Frankfurt Airport.

They’re offering two lucky music fans (one male and one female) from each continent the chance to take part in this once-in-a-lifetime experience.

Even better – there will be an additional two winners each from Germany and India.

All you have to do is make a 20-second video explaining why you deserve a spot on the plane and post it on social media with the hashtag #wcdZeroGravity.

The gig will take place on a specially converted A310 aircraft, which is normally used by the European Space Agency (ESA) to train astronauts.

Armin Van Buuren, Steve Aoki and W&W will perform during the flight, which will last for 90 minutes, while they float together in weightlessness along with partygoers.

The finalists will be announced on January 12 with a World Club Dome jury choosing 20 people (10 male and 10 female) from each continent.

The final two winners from each continent will then be decided by an online vote, combined with the jury’s input.

The result will be announced on January 19.