A Guide to the Best Day Trips to Potsdam 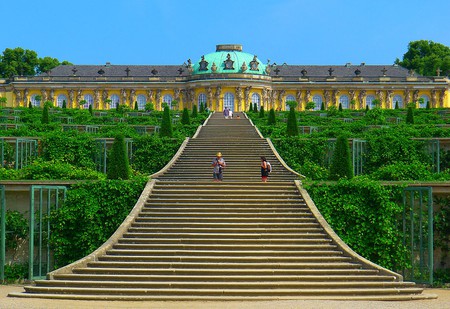 Set on the Havel River just 25km (15.5 mi.) southwest of central Berlin, Potsdam is the capital and crown jewel of the state of Brandenburg. Packed with epic castles, parks, lakes and a much more relaxed and easy-going nature than its bigger neighbour, it is certainly worth a day trip.

From Berlin, Potsdam is an easy 45-minute train ride using the S-Bahn. Take the S7 from central Berlin to the main Potsdam Hauptbahnhof station. You can also opt for the regional trains, which are slightly faster. They stop further off into town, going directly to Potsdam-Charlottenhof and Potsdam-Sanssouci.

Since everything is close by in Potsdam, many people often bring their bicycles along to take advantage of the scenic routes. Bikes can also be rented for around €11 (US$12) per day. Another fantastic option is to take a boat ride along the Havel River and absorb the city’s beauty and landmarks from an unique and relaxing view. 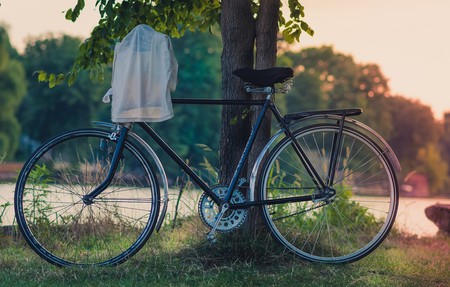 Potsdam is the perfect place to ride a bike | © Pexels/Pixabay 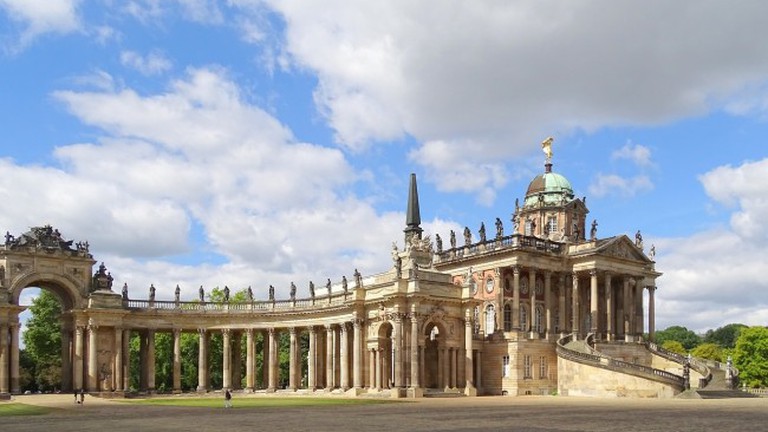 Feast your eyes on the epic castles in Potsdam | © neufal54 / Pixabay
As the former seat of Prussia, Potsdam is a town of grand palaces and castles which are mostly still intact, despite the destruction of the war. There’s so much history to marvel in, dating as far back as the 17th century. The city’s main attraction is undoubtedly the sweeping Park Sanssouci. Its network of gardens, pathways and elegant architecture, with domes and pillars, makes it a small kingdom in itself.Taking a regional train to Potsdam-Sanssouci will place you an easy walking distance to the Neues Palace – the glowing feature of the park. There you will find baroque paintings and impressive rococo-style interiors to feast your eyes on. Give yourself about two hours to explore the palace, before moving into the gardens, a historic windmill and the gilded Chinese Teahouse.
Open In Google Maps
Maulbeerallee, Westliche Vorstadt Potsdam, Brandenburg, 14469, Germany
+493319694200
Visit Website
Give us feedback

Contrast the glamour of opulent history with the glitz of the more modern silver screen, since Potsdam was the birthplace of German film production. Check out the Potsdam Film Museum for a peek at this history, while the Film Park Babelsberg – with its theme-park quality – gives visitors a backstage pass to movie making. Many of Germany’s early silent films were produced in Potsdam before they had to move, because of the war. Modern-day filmmakers like Quentin Tarantino and George Clooney continue to use the location and studios.

Plant lovers should also make time to explore the Biosphäre Potsdam, an indoor tropical botanical garden located in the Volkspark Potsdam, between the Sanssouci Park and the Neuer Garten. A mix of magnificent tropical plants, animals and insects and tropical temperatures offer visitors a chance to step into a jungle atmosphere. 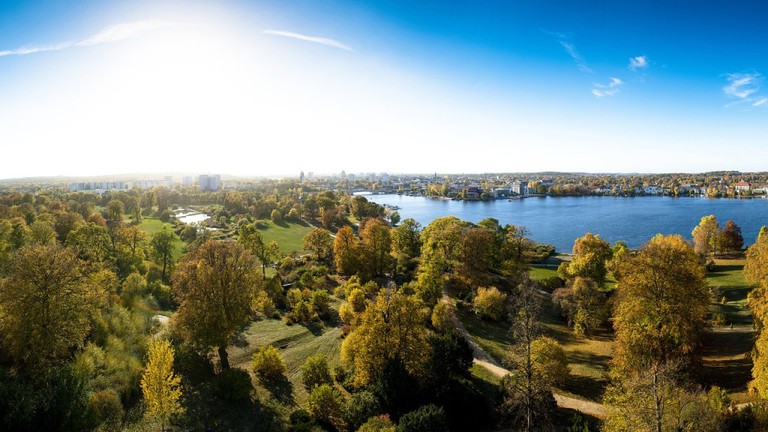 The view over the city, showing its magnificent green areas and lakes | © Kai_Vogel / Pixabay

After basking in the majesty of the old world and the starry eyes of the new, head to the main historical square and find a charming sidewalk café for lunch. Those who are not on a budget can try out Restaurant Friedrich-Wilhelm, with its ambitious Italian-influenced cuisine and a modern twist on the stately style of the Prussian king, for a fine dining experience. 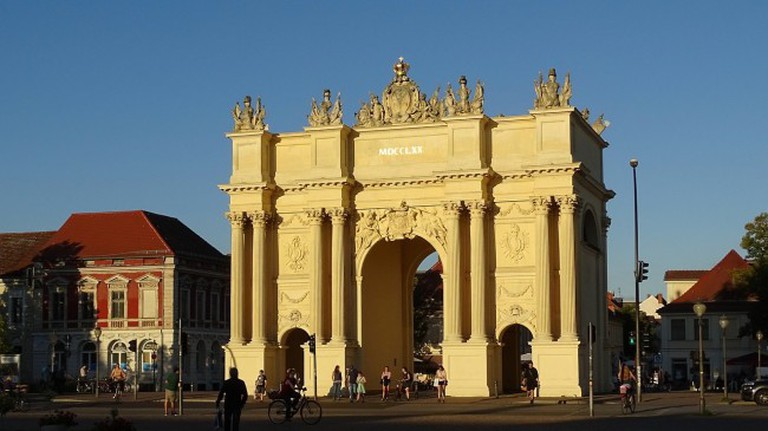 Potsdam’s smaller, but older version of the Brandenburger Tor | © neufal54/Pixabay

Walk off your meal with a stroll through the streets where you can also find a few interesting museums to pop into. You’ll also come across Potsdam’s miniature Brandenburg Tor, similar to the Berlin landmark. The city’s pleasant Dutch Quarter, with its distinct brick homes built for Dutch craftsmen in the 18th century, is just beyond the gate.

If the peaceful charm of Potsdam has stolen your heart and you’re keen to still be there when the sun goes down, head to BAR-O-meter, a vaulted cellar lounge with an exciting cocktail list.