A Guide To German Christmas Foods

In most cultures, traditions are marked by the food that is consumed. For Germans, Christmas is no time for restraint. While the menu often depends on the region, some things are fairly common across the board. The biggest shindig is on Christmas Eve, and eating to the heart’s content is key. 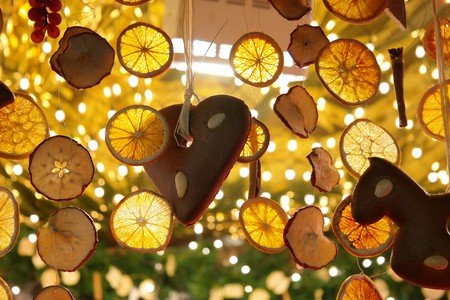 For anyone living in Germany, the Glühwein phenomenon is all but impossible to avoid. Virtually every drink-serving establishment breaks out their homemade version of this spiced mulled wine starting as early as mid-November. The best way to enjoy this beverage, however, is to sip on it in a commemorative mug at a Christmas market. For those looking for something a bit stronger, Glühwein’s cousin, Feuerzangenbowle, is another type of warm, spiced wine mixed with rum. Anyone looking for that flush of warmth and good cheer will find it in this beverage whose name literally means ‘fire punch.’ For a twist on the spiked eggnog commonly consumed in American Christmas traditions, try Eierlikör, an alcoholic drink made with sugar, vanilla, egg yokes, brandy, and other spirits. 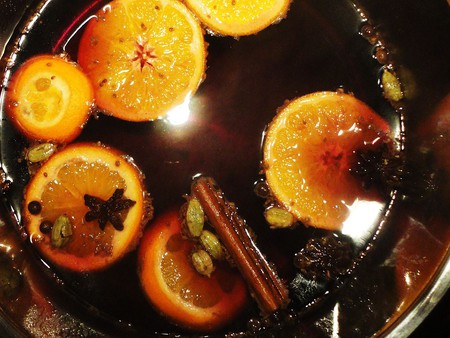 As in any modern, globalized society, the ways that Germans celebrate Christmas in terms of cuisine has grown increasingly diverse. Traditionally speaking, many Germans are Catholic, meaning that attending Midnight Mass is probably part of the itinerary on Christmas Eve. In conjunction with this celebration, most Catholics don’t eat meat before heading to church. Therefore, fish in the forms of salmon, hake herring, or carp are common. Even for less religious Germans, this custom has persisted. 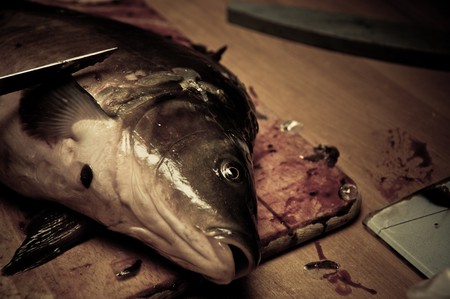 Alternatively, consuming poultry, including goose or turkey, has grown popular, and enjoying a good Bratwurst during the Christmas feast is also quite typical. A more leisurely meal of cheese fondue or raclette also makes an appearance in some regions, paired with a myriad of different vegetables, bread, and meats.

As for the sides, special German dumplings known as Serviettenknödel or Kartoffelpuffer, a kind of potato fritter, is often served. Alternatively, classic German potato salad makes regular appearances at the German Christmas table, as does apple sausage or chestnut stuffing if poultry is on the menu. Kale, red cabbage or sauerkraut are also thrown into the mix a lot of the time. 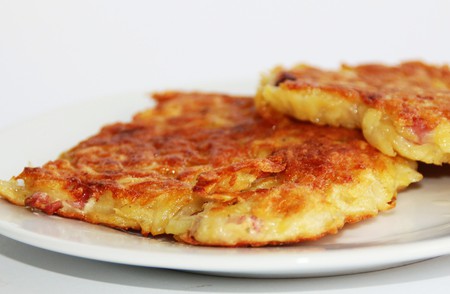 Perhaps without even realizing it, many have already stumbled upon – and eaten – their fair share of German-style Christmas cookies, termed Weihnachtsplätzchen. These classic Christmas biscuits come in many different styles and recipes since they were first created in Franconian monasteries in the Middle Ages, but certain types have persisted through the ages. Lebkuchen, a heart-shaped gingerbread cookie decorated with intricate icing designs, are one of them. Additionally, stollen, a German version of fruitcake, is a common dessert during the Christmas season. Many seasonal German desserts are flavored with festive spices like orange, cloves, cinnamon, and cardamom. 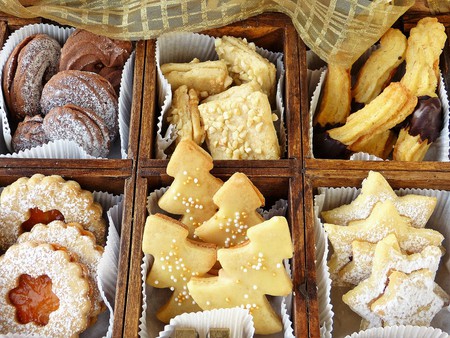 It is also worth mentioning that part of the anticipation leading up to Christmas is marked by the candy-filled advent calendars, which are hung in most German homes at the start of this liturgical season. Also, earlier in December, many children receive candies, fruits, or other treats in their empty shoes on St. Nicholas Day. For many, these traditions are just as sentimental as the actual holiday menu enjoyed on Christmas Eve and the following day.