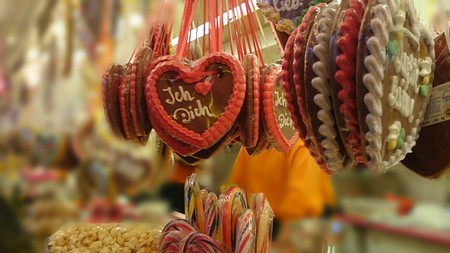 In much of the western world, gingerbread is a classic hallmark Christmas treat. It is so traditional that we hardly even think of it but it is indeed ubiquitous, appearing in films like Shrek, folk songs, and even as the brick and mortar for the seasonal pastime of making gingerbread houses. Yet Christmas is also known for bringing out the ancestral origins in all of us. 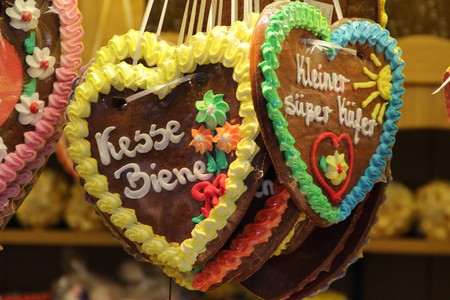 Each year we look to the traditions of our predecessors as a means of honoring them through food and other holiday customs. With this in mind, taking a closer look at the intricacies of the gingerbread cookie reveals the history of Germany’s variation, the lebkuchen, a heart-shaped cookie that’s all the rage each season.

The etymology behind this treat’s name is unclear. The ‘leb’ in lebkuchen is said to refer either to the German word for life, ‘Leben’, derivative of the term ‘leibspeise’, which means ‘favorite food’, or to possibly have something to do with the Germanic term, ‘lebbe’, meaning ‘very sweet’. ‘Kuchen’ of course, means cake. In fact, the lebkuchen is actually more akin to an unleavened cake, thanks to the fact that the monks initially prepared it in the same Oblate used to prepare the communion wafers. 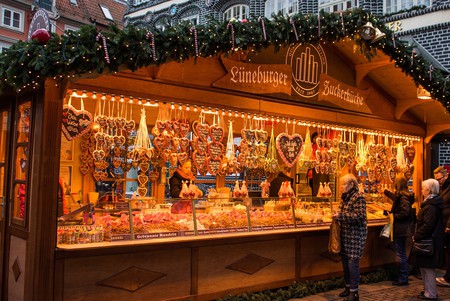 Historians believe that this kind of honey cake — another suspected meaning for the name ‘lebkuchen’ — originates back to the ancients. Lebkuchen as we know it today was first invented during the 13th century by monks residing in Franconia, Germany. Therefore, it is not so surprising that today, Nüremburg, a city located in this region, is the most popular exporter of lebkuchen.

Lore indicates that the cookie became widespread when in 1487, Emperor Friedrich III presented the city’s 4000 children with cookies bearing the printed image of his portrait. Now, a common variety of the cookie, Elisenlebkuchen, possibly named after the daughter of the local gingerbread maker, is by law only permitted to be made within the bounds of the city. 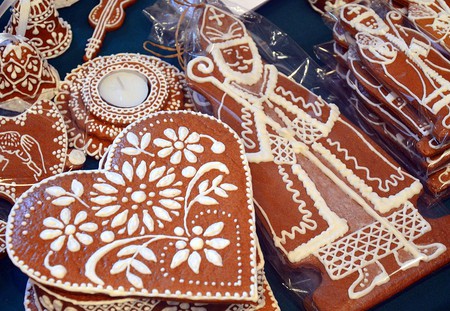 Today, the cookies are typically heart-shaped and often as large as dinner plates. They are made with a variety of ingredients, and they come across a broad spectrum ranging from spicy to sweet. Common items included in the cookie are honey, aniseed, cardamom, cloves, ginger, and nuts.

The lebkuchenherzen — the more specific name for the heart-shaped lebkuchen — have become a staple in German celebrations, especially around Christmas time. These are typically harder than other varieties and decorated with intricate icing designs and lettering. Having emerged into popularity during the 1980s, they are most commonly sold at the Weihnachstmärkten where they come with endearing or humorous messages.