A Brief History of Asparagus in Germany 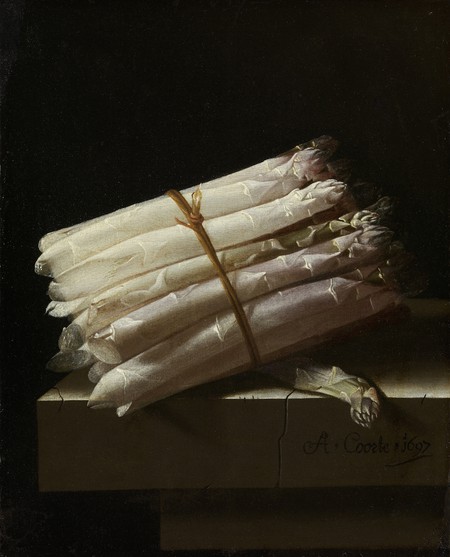 Spargelzeit (asparagus time) starts sometime in April and ends exactly on June 24th. During these eight or so weeks, Germans eat their way through 125,000 tonnes of the stuff, half of which is bought at roadside stands or in markets. 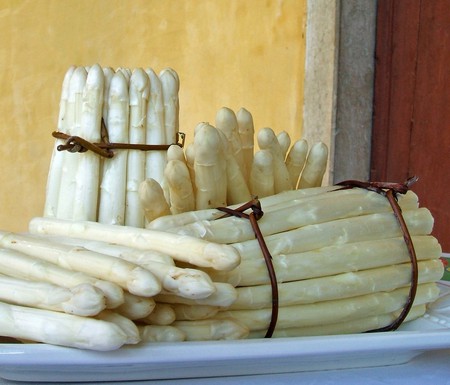 The Romans adored asparagus, going so far as to have runners take baskets of it high into the Alps so that it could be frozen for use later in the year. It arrived in Germany via the monasteries sometime in the 1540s.

White asparagus, often called the royal vegetable, white gold or edible ivory, is the same plant as green asparagus. The only difference is that the green one grows in the traditional way (exposed to light), while the white matures underground. No photosynthesis means no green colour.

Many people prefer the white variety because it is thought to be more tender and less bitter. The stalks are generally thicker and longer than the green version, which makes the skin tough and unpalatable. Thankfully, there is a machine to do the peeling right at the grocery store or market. 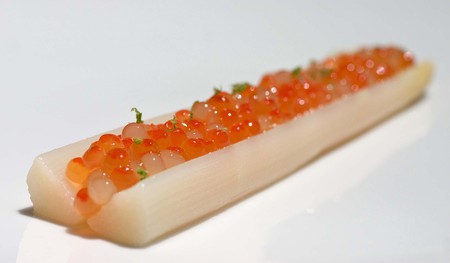 Why not with caviar? H. Alexander Talbot/Flickr

Of course, something as important as asparagus isn’t just for eating. In the parts of Germany where the vegetable is grown, gourmet asparagus hikes abound. Like a wine tour, participants walk around to different farms trying various dishes and legendarily zippy asparagus schnapps.

Some villages take the tradition even further and crown an Asparagus Queen. The position is serious business, as the girl, in exchange for her eight weeks of the royal life, is expected to spend every free minute working in service of asparagus evangelism.

As for how to eat it, there are as many methods as there are people cooking it, and restaurants serving traditional food often have a special menu for the season. The classic way is with hollandaise sauce or cooked in broth with a bit of ham or bacon. But really, there is no such thing as an inappropriate use of Spargel. Take whatever food you like, put some asparagus on top or beside it and voilà!