A Book Lover's Guide to Munich 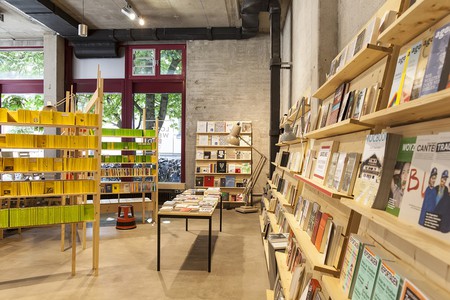 For many years, the Munich has also been the birthplace or inspiration for many writers, from Noble Prize winners to emerging authors. Here’s everything a book lover needs to know before going to Munich.

The city has hosted numerous writers and poets (including Euden Roth, Erich Kästner and Muhammad Iqbal) but Munich’s most famous literary alumnus is perhaps Thomas Mann. Born in 1875, he produced intensely thought-provoking pieces about the soul, drawing on ideas from thinkers like Goethe and Nietzsche. He worked across a variety of formats, from novels and short stories to essays, and was awarded the 1929 Nobel Prize in Literature. He lived in Munich from 1891 to 1933, until his Jewish wife and prominent anti-Nazi views led him to abandon his home and to Los Angeles, where he lived for much of his adult life.

When winter sets in, Munich is home to Literaturfest: readings, lectures, performances and prize ceremonies hosted at various venues across the city from mid-November to early December. Munich appoints a different curator each year; the honour for 2017 has gone to writer and film director Doris Dörrie. She’s chosen ‘Alles Echt. Alles Fiktion’ (‘It’s all real. It’s all fiction.’) as her festival motto and intends to explore the increasing overlap between truth, fiction and the media in which both are expressed.

Historical fiction lovers are spoiled for choice for books set in Munich, many of which are inspired by the city’s dark past as the centre of the Nazi movement. For a heart-pounding adventure try Jacqueline Winspear’s Journey to Munich (2016), a story about a young woman sent into the heart of Nazi Germany to rescue a prisoner. For more classic murder-mysteries, pick up Faye Kellermann’s Straight into Darkness (2006), in which an inspector must solve the case of two dead bodies in the Englischer Garten against the pressure of social change and panic spread by the Nazi party.

Munich has plenty of independent bookstores that offer both great literature and perfect spots for enjoying that latest page turner. Looking for material on politics, philosophy, or economics? Head to Lost Weekend – also a co-working space and vegan coffee shop, it’s a great place to steal a quiet moment. For a real bargain, try the homey Munich Readery, absolutely stuffed with secondhand English-language books; grab a coffee and wander the simple bookshelves and armchairs dotted around whilst deciding what to take home.

Once in Munich, the real hub for book lovers is Gasteig. Since 1984, this cultural heart of Munich – as well as being the venue for many musical and theatrical productions – has been home to the City Library, an open access library with strong children’s, youth, scientific and legal sections. 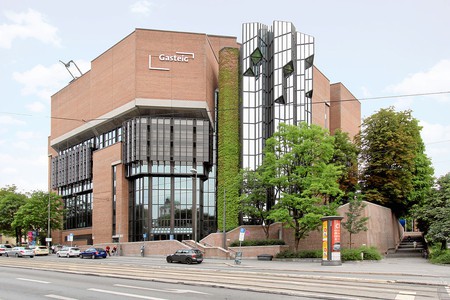