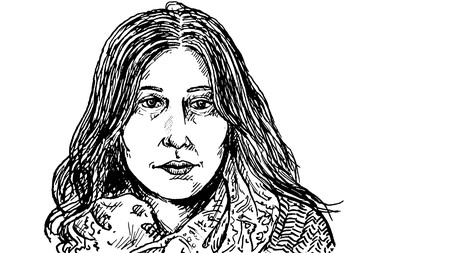 As part of our “20 Literary Translators Under 40” series, we interviewed German language literary translator Anne Posten.

Has translated writers from: Germany, Austria, and Switzerland

Read: An excerpt from Shorter Days by Anna Katharina Hahn

What are you currently translating?
I’m currently working on a graphic biography of Dostoyevsky—my first graphic work!

What approach or procedures do you take when translating?
In my first draft, I tend to look things up a lot—words, phrases, possible references or idioms—even when I know, or think I know, what they mean. Even with this stop-and-go, I try to move forward through the text fairly steadily (daily or weekly page quotas are essential). Above all the first draft is about conveying the feel of the work. Much of this is intuitive, and works best when I’m translating a text I love, or one at least that feels like a good match for my own strengths in writing. Translation is like acting for me, so it’s not that I look for writers who have a similar style to my own, exactly, but the “role” does have to be appropriate, so to speak. Among other things, it’s an opportunity to “be” a writer whose style I admire. After the first draft I try to let the text sit for at least a few weeks, and then I do several more drafts where I really scrutinize the translation to make sure everything sounds right; this is also an opportunity to do additional research if needed or solve thorny passages. In this revision phase I read the entire text aloud every time—it changes everything.

What kinds of works or regions do you gravitate toward?
What I most like to translate is modern/contemporary fiction from the German-speaking world, though in fact much of what I’ve published falls outside this category. I’m always attracted to musicality in language, and to texts that feel new or surprising—but less to new stories than to new ways of telling them. The opportunity to share something new, something exciting that I’ve never read before in English, is one of the main reasons I love translating.

Who or what are some untranslated writers or works that you would like to see in English? Why?
The first story I ever read in German, when I was still a beginner in the language, was by a Swiss writer named Peter Bichsel. His deeply tragic yet tender sense of humor was something I had never encountered before, and it was one of the reasons I continued to study German in the first place. I found echoes of this tone in other Swiss humorists (who are really much more than that) such as Franz Hohler. Although completely different in tone and style, Peter Weber is another Swiss writer I admire. Though stylistically much more progressive than the other writers I’ve mentioned—Weber’s writing is a sort of synesthetic, surrealistic prose poetry—he, like Hohler, also works as a musician/cabarettist, which I see strongly affecting both writers’ work. Currently I’m really excited about a young German writer, Verena Rossbacher, whose novels also have a kind of surprising humor combined with heart and erudition.

What is a recent translation challenge you faced?
My last major translation, Carl Seelig’s Walks with Walser, brought several interesting challenges. The book is a series of conversations between the Swiss modernist Robert Walser and his friend and guardian Carl Seelig during the last years of the former’s life. The biggest challenge was that Seelig himself was not always as poetic or fluid a writer as he fancied himself to be. It was important of course to distinguish Seelig’s own voice from Walser’s (itself filtered through Seelig’s reporting), but there were also many choices to be made about Seelig’s more self-aggrandizing passages and occasional infelicities. I didn’t want to make him a better writer than he really was, of course, but neither did it seem right to preserve phrasings that were unnecessarily confusing or clunky.