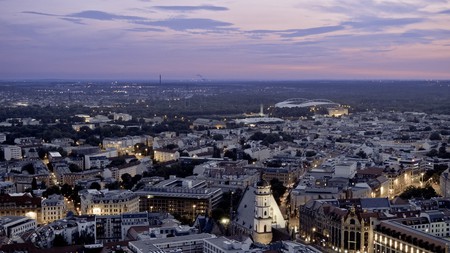 Leipzig is Saxony’s coolest city – it’s young and vibrant and has been proclaimed the ‘New Berlin’. A playground for nomadic creatives who are looking for cheap rent, roomy studios and a similar energy to the quickly gentrifying German capital, it’s also a city steeped in history, having played an instrumental part in bringing down the Berlin Wall. With modern architectural gems, a wide array of spots for music enthusiasts and plenty of museums and galleries to explore, a trip to Leipzig can quickly fill up with a wealth of sites. Here are the 15 must-visit attractions to see in Leipzig. 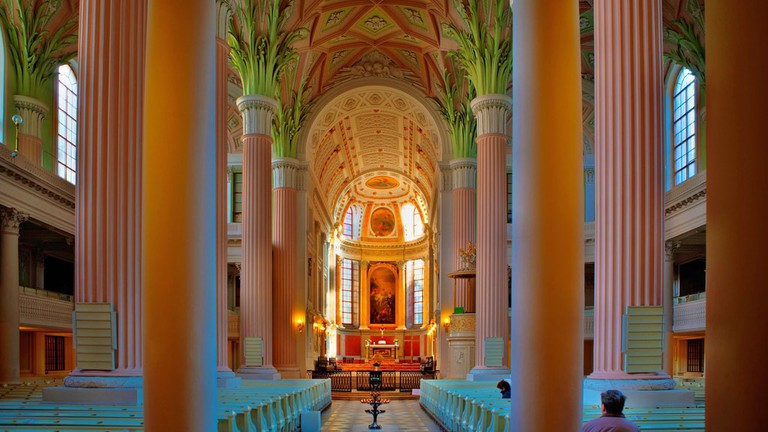 Nikolaikirche is famous for playing an instrumental part in the nonviolent movement that led to the downfall of the Berlin Wall. The church hosted ‘peace prayers’ as early as 1982, to show solidarity against the East German government and empowering the city’s citizens to confront injustices brought by the Wall. Held every Monday at 5pm, these prayer sessions are still held to this day. Starting in late 1989, the ‘peace prayers’ were followed by candlelit demonstrations, which reached their peak in October 1989, when some 70,000 citizens took to the streets to participate. Aside from this pivotal role in Germany’s history, the church also has a stunning interior which dates back to 1797 with Romanesque and Gothic roots. 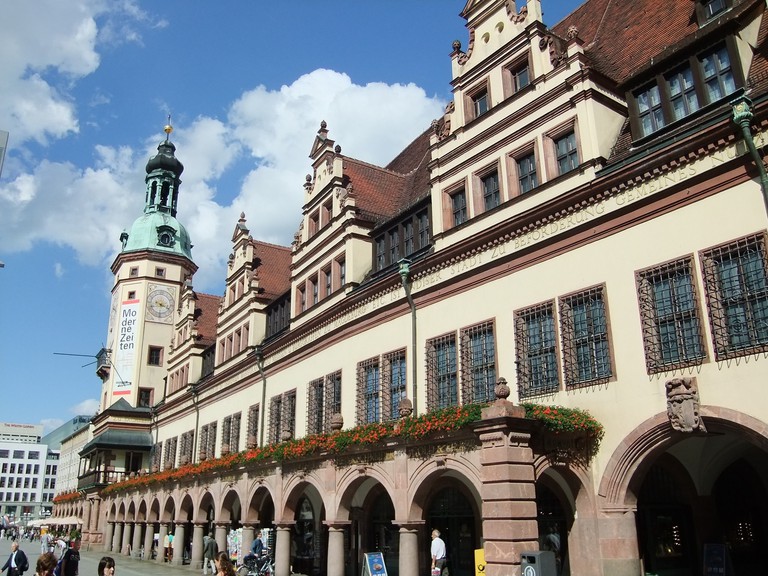 The Old Town Hall in Leipzig is both a stunning architectural landmark and a museum exploring the town’s history from the Middle Ages to the present day. The building is considered one of the most beautiful Renaissance buildings in Germany, and its position facing the large market square make it a wonderful place to sit and people watch. Inside, the building houses the Museum of City History Leipzig, which invites visitors to enjoy a permanent exhibition that tours through the turbulent history of Leipzig. From old prison cells in the basement to historic rooms on the main floor, it’s a comprehensive look into the city’s past. 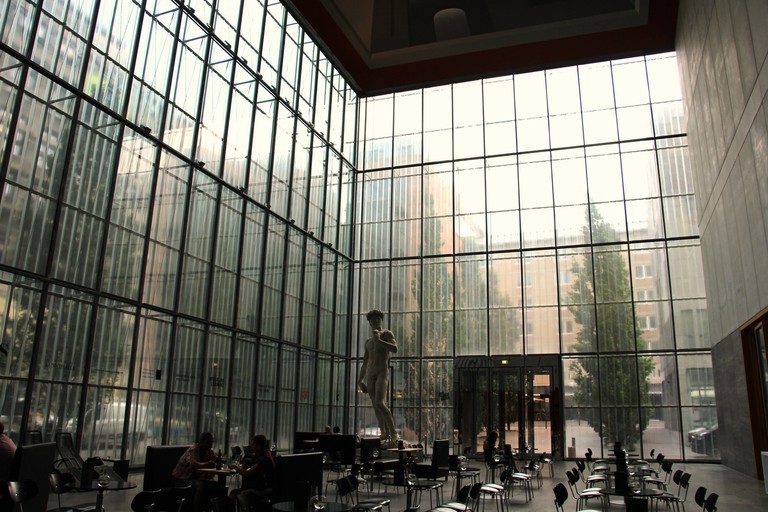 Museum of Fine Arts in Leipzig showcases the best in art with rolling exhibitions and an impressive permanent collection. Centrally located, this modernist glass cubed building houses an impressive collection of world-class painting from the 15th century to today, including works by Caspar David Friedrich, Munch and Monet. The museum also sets aside rooms to showcase local talent, with works from Neo Rauch and Max Klinger on display. Exhibits are juxtaposed to range from sculpture and installation to painting or religious art. The collective is extensive and is best explored at a leisurely pace, so set aside a few hours to experience the museum to its fullest. 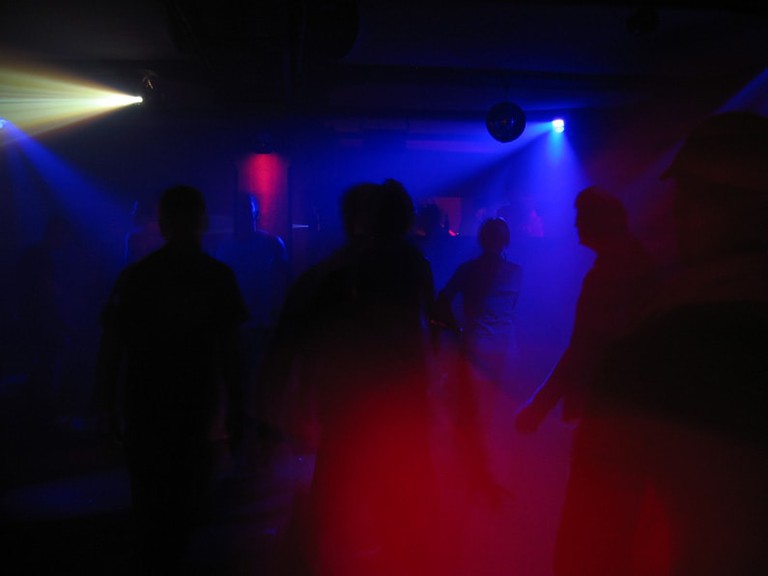 Distillery Nightclub in Leipzig | © Bon Adrien / Flickr
Distillery is one of the oldest techno clubs in what was once East Germany. This club’s doors have been open for over 20 years, drawing in an unpretentious, music-centric crowd. With well-priced drinks and occasional DJ stars, including Ellen Allien and Carl Craig, Distillery is one of Germany’s best techno clubs.
Open In Google Maps
108a Kurt-Eisner-Straße, Süd Leipzig, Sachsen, 4275, Germany
+4934135597400
Visit Website
Give us feedback 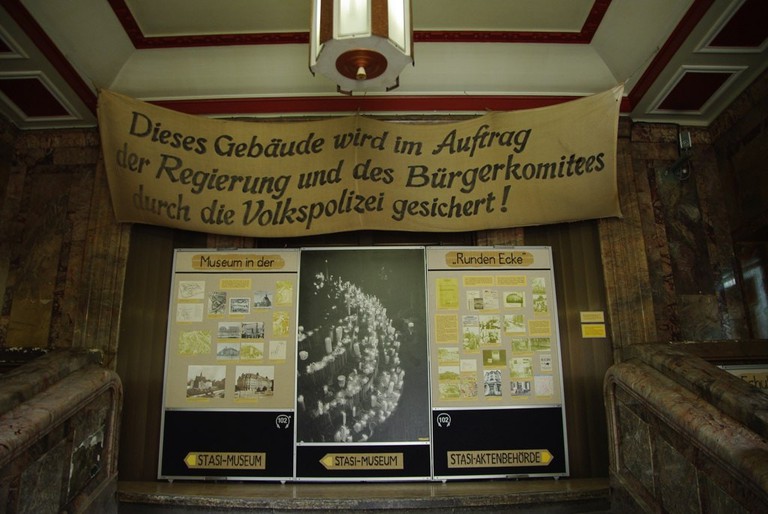 Museum in der ‘Runden Ecke’, also known as the Stasi Museum in Leipzig, delves into GDR history. Housed in the former East German police headquarters, also known as the Stasi, this chilling and archival exhibition explores what life was like behind the Iron Curtain. English guides are available, and necessary, to fully understand and appreciate the extensive collection of Stasi propaganda, cunning surveillance equipment and other machinations that explore the GDR‘s controlling and oppressive rule.

Monument to the Battle of the Nations 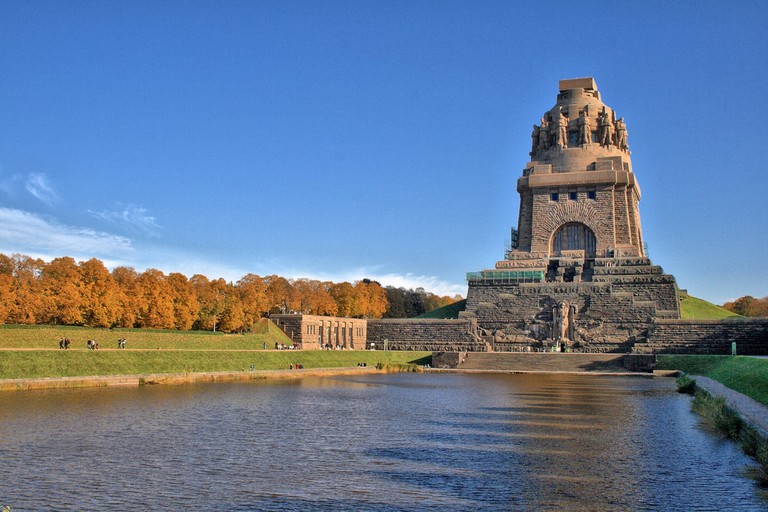 Leipzig was once site to an epic battle in 1813, that led to the decisive victory of Prussian, Austrian and Russian forces over Napoleon’s army. Centuries later, the Monument to the Battle of the Nations was built in honour of this bloody battle. An impressive 91 meters high, the sombre shrine has a distinctive Gothic look, and atop the colossal site are sweeping city views that are well worth the trek up. 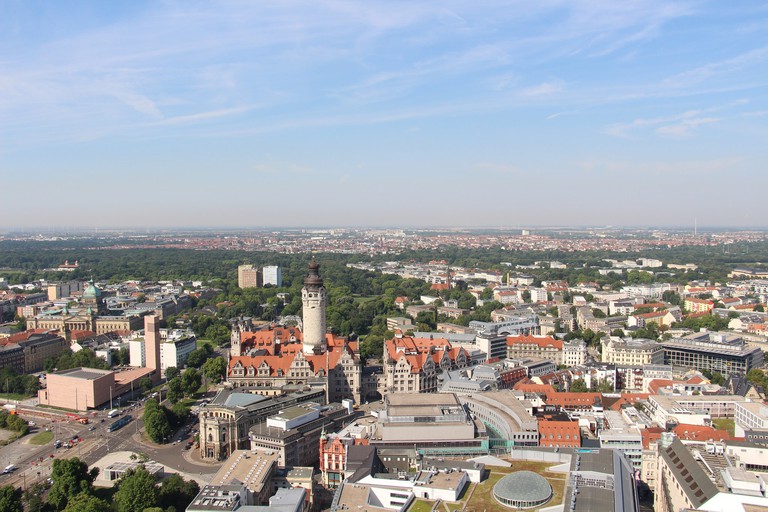 View from City-Hochhaus of Leipzig's City | © Fred Romero / Flickr
Panorama Tower, also known as City-Hochhaus, is the place to go for expansive and impressive city views. Visitors can ride the elevator to the 29th floor for a small fee for a look over Leipzig’s skyline, or dine in the modern, high-quality restaurant. Housed in the modernist City-Hochhaus building, guests can enjoy a sophisticated ambience and delicious food as they gaze over the city.
Open In Google Maps
City-Hochhaus Leipzig, 9 Augustusplatz, Mitte Leipzig, Sachsen, 4109, Germany
Give us feedback 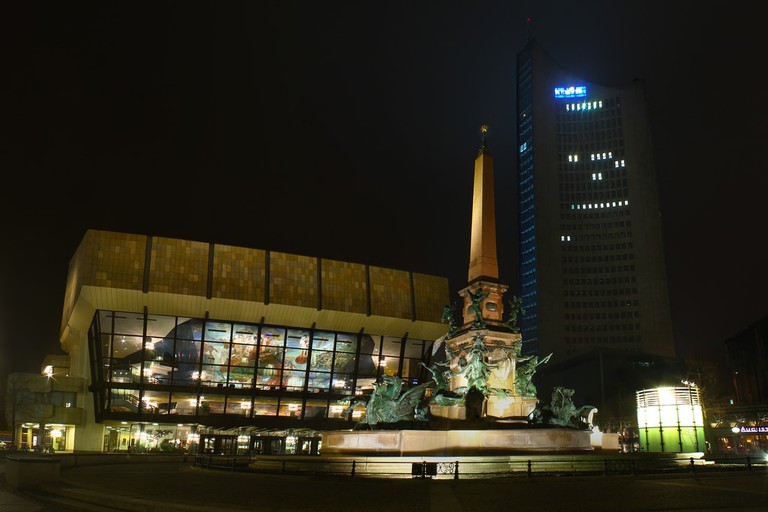 Augustusplatz in Leipzig | © Philipp / Flickr
Augustusplatz is home to some of Leipzig’s most impressive architectural sights, with buildings that span the past century. The square was originally built in 1785; however, its original aesthetic was heavily destroyed in World War II. Now, it is flanked by some of the most famous buildings in the city, including Leipzig’s first high-rise building, Kroch-Haus, the Opera House and Gewandhaus, the only new GDR concert house.
Open In Google Maps
Augustusplatz, Leipzig, Germany
+493411230
Visit Website
Give us feedback 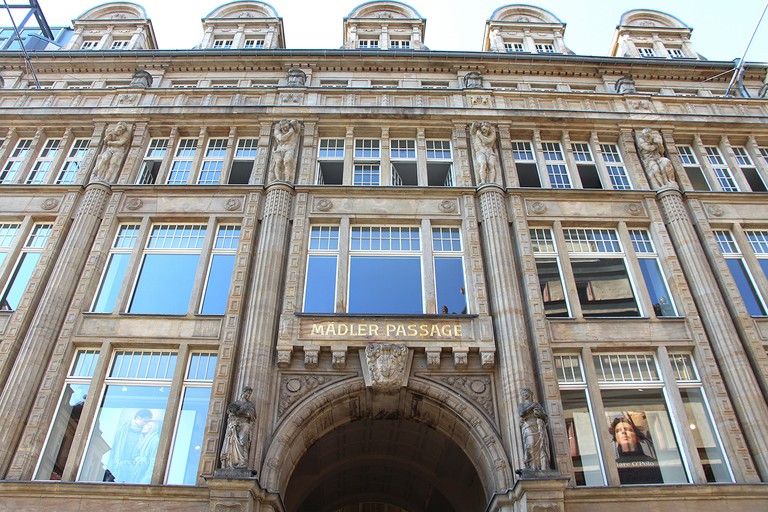 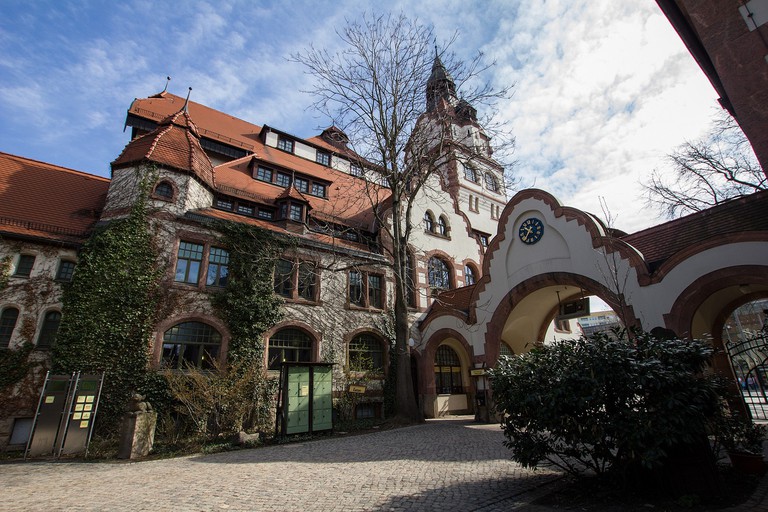 Leipzig Zoo | © !Koss / Flickr
Book Now
The Leipzig Zoo offers an exciting break from the surrounding urban landscape. Spanning across 27 hectares, it is home to over 850 different species. The zoo is renowned for several of its features, including the world’s largest indoor rainforest atrium. Guests can explore its many winding paths for glimpses of animals hailing from across the globe. There is even a volcano tunnel where people can examine some of the world’s oldest creatures and delight in exploring the many wonders of the animal kingdom.
Open In Google Maps
Mitte Leipzig, Saxony, 4105, Germany
Give us feedback 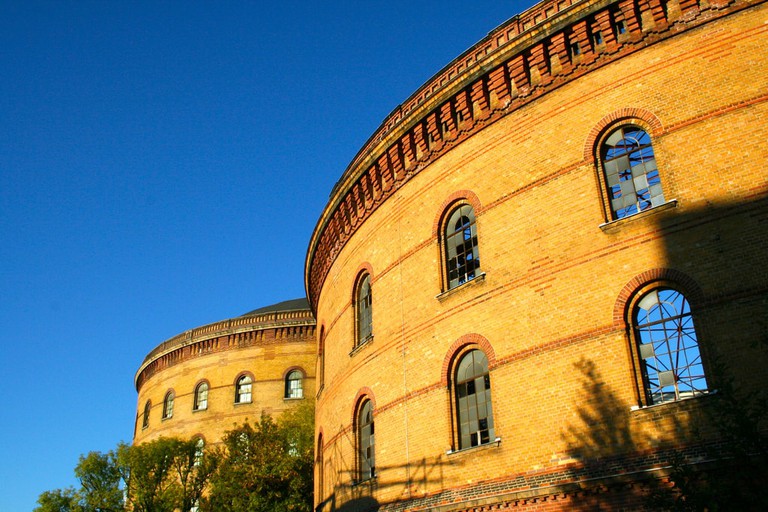 Asisi Panometer Gallery in Leipzig | © Christine und Hagen Graf / Flickr
Panometer in Leipzig is a gallery that showcases the marriage of a giant 360° painting and a gasometer, or giant gas tank. The unique concept was thought up by Berlin-based artist Yagergar Asisi, who uses paper, pencil and computers to create awe-inspiring scenes drawn from nature or history. Each of the works on display are about 100 meters long and 30 meters high.
Open In Google Maps
114 Richard-Lehmann-Straße, Süd Leipzig, Sachsen, 4275, Germany
+493413555340
Visit Website
Give us feedback 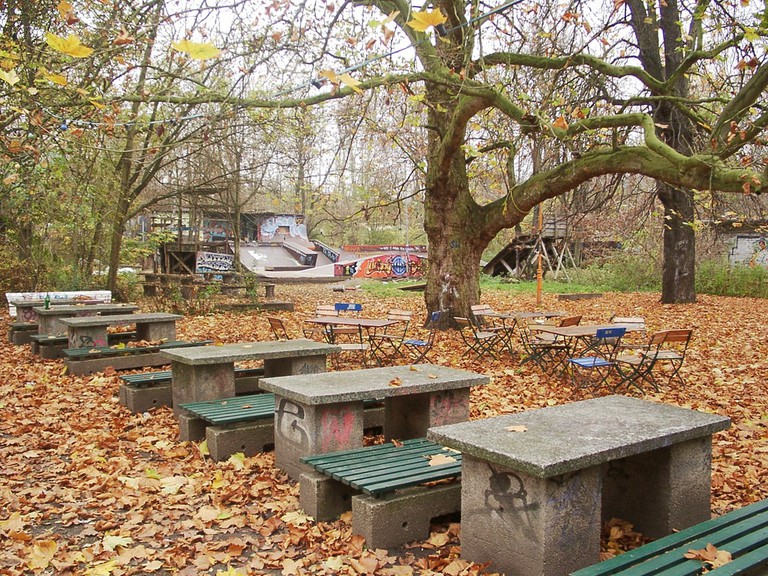 Conne Island is a Skate Park and Cultural Center in Leipzig | © Conne Island / Flickr
Conne Island is a self-governed cultural centre in Connewitz, Leipzig’s headquarters for alternative lifestyles. It hosts concerts of all kinds, from indie and pop shows to experimental, hardcore, and metal gigs. It also throws some of the most interesting house, techno, and drum N bass events in town. There is also a skate park and picnic area on site.
Open In Google Maps
3 Koburger Straße, Süd Leipzig, Sachsen, 4277, Germany
+493413013028
Visit Website
Visit Facebook page
Give us feedback 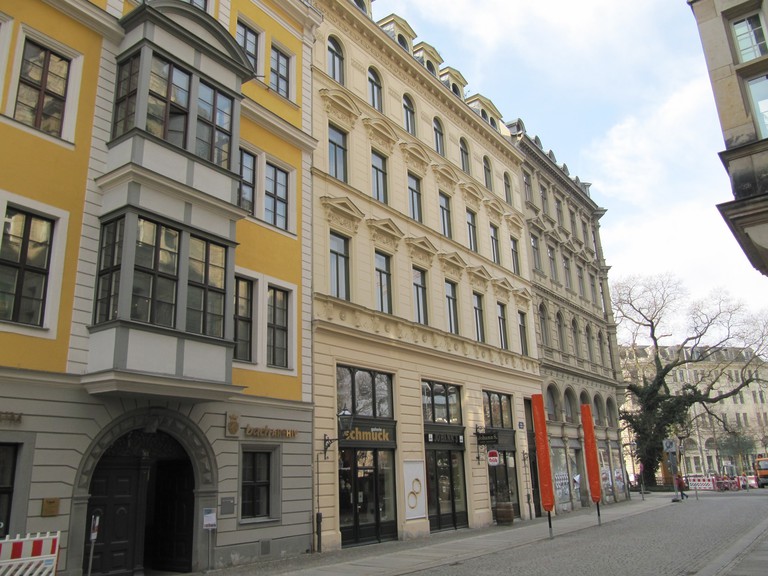 The Bach-Museum presents the life and works of Johann Sebastian Bach. The interactive museum delves into all things Bach, letting visitors listen to Baroque instruments, treat their ears to compositions he wrote and peruse rare original manuscripts. 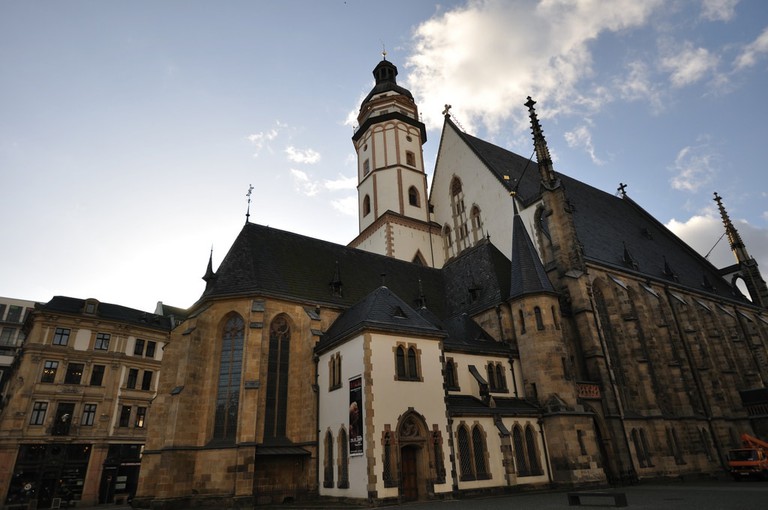 St Thomas Church in Leipzig | © vxla / Flickr
St Thomas Church is one of two houses of worship in Leipzig; it also home to the St Thomas choir, or Thomanerchor, which was established in 1212 and was once let by Bach. The impressive church can be explored and remains a site for musical creativity. The church tower can be climbed for a small fee, though the main reason to come here is to soak in Bach’s legacy, which can still be felt in the building today.
Open In Google Maps
18 Thomaskirchhof, Mitte Leipzig, Sachsen, 4109, Germany
+49341222240
Visit Website
Give us feedback 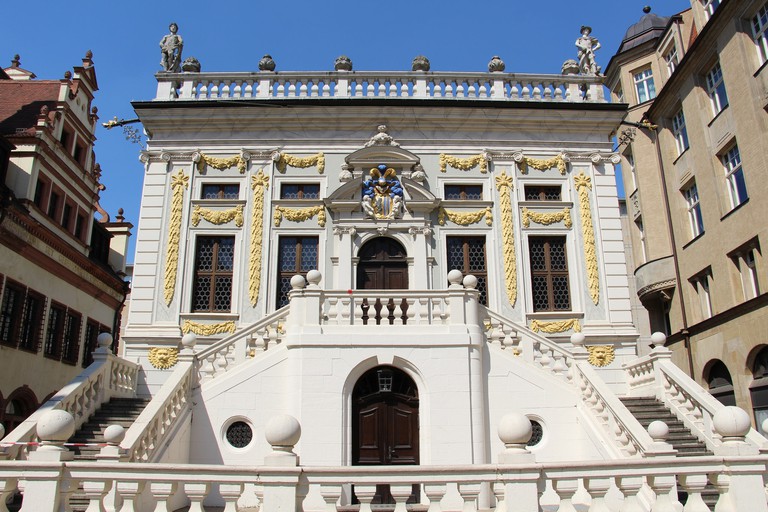 The Alte Börse, or the Old Stock Exchange at Naschmarkt, is Leipzig‘s oldest Baroque building. It has served as a gathering place for 200 years and was originally built by merchants in 1678. Here, auctions were held, money was exchanged, as the site was a mecca of business. Today, the Alte Börse is used for concerts, readings and theatre performances.