The Top 10 Things To Do and See in Metz

Not far from the borders of Germany and Luxembourg, this French city has a long and storied history, from its origins as an Iron Age Celtic oppidum to a Gallic-Roman metropolis and more. Today, it is full of a mix of stunning historic relics as well as beacons of modernity— the Centre Pompidou-Metz museum, for one— and is home to extensive green space, a large pedestrian old town, and a university. Read on for the top ten things to do and see in Metz. 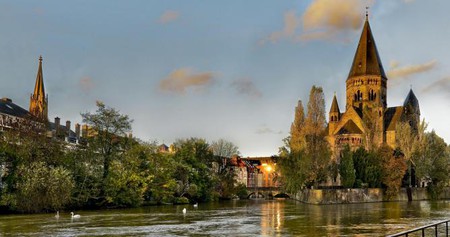 A visit to Metz wouldn’t be complete without taking in the sight of this Gothic masterpiece, often nicknamed ‘God’s lantern’. The stained glass hails from multiple eras, some of it dating back to the 13th century, and some of it created more recently by iconic artist Marc Chagall. Head down to the 15th century crypt to see a sculpture of a mythical dragon called the Graoully.

Get cultured at the Centre Pompidou-Metz

This contemporary art museum is a satellite branch of the famous Pompidou arts center in Paris, and is the biggest temporary exhibition space outside of Paris. Featuring three galleries, an auditorium, and a theater, the Centre Pompidou-Metz is memorable for its roof structure, which was inspired by a Chinese hat that architect Shigeru Ban found in Paris.

This neighborhood, full of elegant streets and villas, was the idea of German Kaiser Wilhelm II and was built in its signature mix of neo-Renaissance, neo-Romanesque, and art deco styles in an effort to promote Metz after it became part of the Second Reich in 1871. Today, the area makes for a scenic stroll— don’t miss the post office, built out of red Vosges sandstone.

Snag a table at Restaurant Thierry 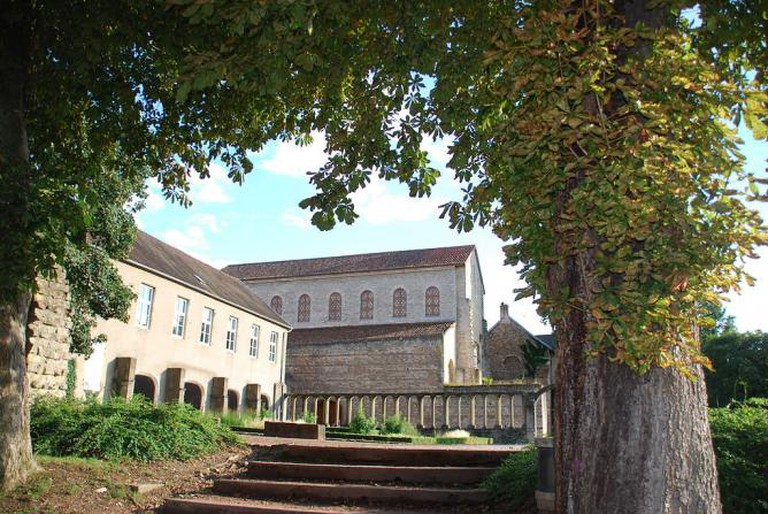 Saint-Pierre-aux-Nonnains | © Matthias v.d. Elbe/WikiCommons
For a memorable meal, head to this 16th century townhouse for a Moroccan-infused dinner in a candlelit and bohemian setting. Start off with exemplary goat’s cheese, and follow it up with the lamb tagine with fruit and olives for a mouthwatering treat.
Open In Google Maps
Give us feedback

One of the oldest churches on the continent, this basilica was originally constructed around 380 CE to be the gymnasium of a Gallo-Roman spa complex, and was converted into a church— a Benedictine nunnery’s chapel, to be specific— in the 7th century. Today, it is open for exhibitions and concerts.

See a show at the Théâtre

Metz’s Opéra-Théâtre is the oldest theater in France to still be in use, and is located on Place de la Comédie, a neoclassical square which has seen its fair share of history. Known as Place de l’Égalité during the French Revolution, the square was the location of a guillotine which executed over 60 people who were considered ‘enemies of the people’. The theater itself is sumptuously decorated, seats 750, and is home to four seasonal productions every year.

For a trip down memory lane, head to this historical museum to see an extensive collection of Gallo-Roman relics, medieval art, Renaissance paintings, and artifacts providing insightful information on the ancient Jewish community in Metz.

Shop at the Marché Couvert

Located in the courtyard of a former bishop’s palace, this permanent covered market is a haven for foodies and gourmands. From delectable cheeses to fruit and vegetables to charcuterie to fresh breads, there is no shortage of tasty treats at this market, which is open from 7am – 7pm on Tuesdays through Saturdays.

Tourists in December or August are in luck. Winter visitors have the good fortune to get to experience Metz’s charming Marché de Nöel, or Christmas Market, while late summer travelers will witness the Fête de la Mirabelle, a summertime festival celebrating the mirabelle, or plum. 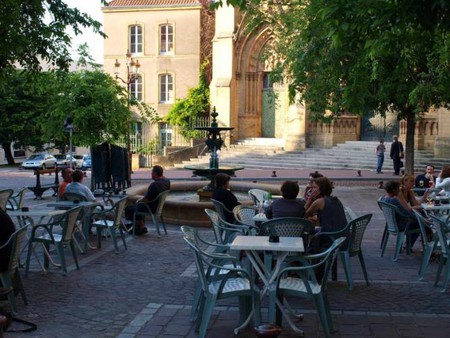 Dating back to the 13th century, this café/bar makes the perfect spot to kick back and relax with a drink. With Gothic windows, frescoes, a lovely outdoor terrace, and an eclectic soundtrack ranging from classical to Gainsbourg to live jazz, there’s no doubt that Café Jehanne d’Arc has plenty of atmosphere.