Top 10 Things To Do And See in Tallinn, Estonia

Estonia‘s capital is a cultural hub known for its active nightlife, while its location on the Gulf of Finland makes it a good spot for a swim in the Baltic sea. Read on for our guide to the top 10 things to see and do in Tallinn.

Every visitor to Tallinn should pass through Raekoja Plats, the center of the Old Town since medieval times. It is, unsurprisingly, the location of the Tallinn Town Hall, the oldest town hall in the Baltics and Scandinavia: there was a building there as early as 1322, though it was rebuilt in its current form at the turn of the 15th century. Even now Raekoja Plats is at the heart of the city’s cultural life–it becomes filled with little cafés in the summer, and hosts many a market and festival. 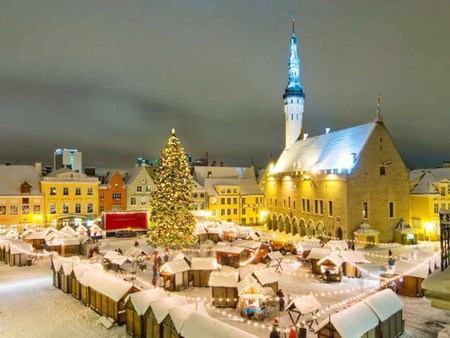 A large part of the Old Town sits on a hill known as Toompea, closely linked to Estonia’s history and legends. Today it is the center of the country’s government and the location of its Parliament (Riigikogu)—it is even referred to as Toompea just as the American president’s administration is sometimes called the White House. But beyond its political significance, Toompea Hill is simply a beautiful place to visit: most of the buildings date from the 18th and 19th century and the elevation makes for breath-taking views of the rest of the city, especially from the specially arranged viewing platforms. 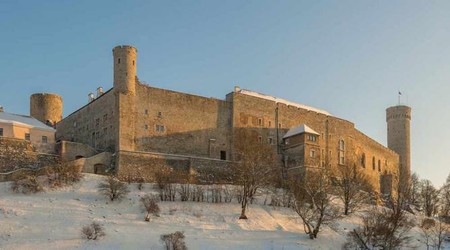 A part of Toompea Hill that requires particular attention is the Alexander Nevsky Cathedral, a richly decorated orthodox church whose architectural style forms a riveting contrast with the rest of the city. Built in 1900, when Estonia was part of the Russian Empire, it is Tallinn’s largest orthodox cupola cathedral. Its beautiful exterior is imposing but it’s also worth visiting for its outstanding mosaics and icons. Try to get there before a service to hear the bell ensemble, including Tallinn’s largest bell.

Housed in impressive seaplane hangars, this museum presents exhibits of Estonia’s maritime history from its humble beginnings to Soviet times and beyond. What’s really great is being able to actually visit the ships, including a 1936 submarine and a replica of a pre-World War II seaplane. There’s also a range of activities that make the visit perfect for kids too, including aviation simulators and old uniform replicas visitors can try on. The outdoor area contain even more historic ships. The museum is extremely modern, notably in its adoption of a clever system for time-pressed visitors: everyone gets a card they can swipe on every display to get the explanations emailed to them.

The district the Seaplane Harbour Museum is in is Kalamaja, a formerly downtrodden part of Tallinn now shaping up to be the city’s trendiest neighborhood, not unlike Berlin’s Kreuzberg. Locals know Kalamaja is where the best cafés, galleries, and bars are, surrounded by charming wooden houses and rehabilitated industrial buildings. The Telliviski factory complex is full of such buildings—a derelict industrial park, it now houses thrift shops, a second-hand bookshop, performance spaces and cafés. Finish exploring Kalamaja by walking along the ‘Culture Kilometer’, a seaside promenade showing the area’s mix of urban decay and artistic re-conversion. 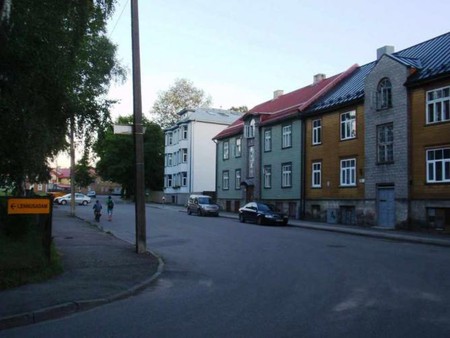 Also in the Kalamaja district, this 19th-century sea fortress was used as a prison from 1919 to 2004. It’s probably the best place in the world to get an idea of what a Soviet prison was like. It is dark, gloomy, and more than a little oppressive, but surprisingly emotional. Visitors can go on their own but booking a tour makes the experience all the more affecting thanks to the guides’ in-depth knowledge of the prison’s history, as well as the possibility of accessing parts of it single visitors aren’t allowed in. For something a little different, book an escape game at Patarei Prison, for example with Blue Drum. 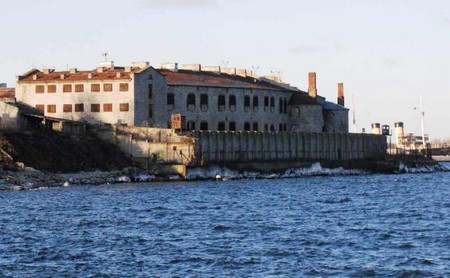 Located on Toompea Hill, mainland Estonia’s oldest church, also known as the Dome church, was established in the 13th century but repeated modifications have turned it into a fascinating mix of architectural styles; for instance, a baroque spire was built in the western part of the nave in the late 18th century. From that very 69-meter spire visitors can admire a stunning view of Toompea and the Old Town, especially of the Alexander Nevsky orthodox cathedral.

Kunstimuuseum (‘Art Museum’), or Kumu for short, is the largest art museum in the Baltics and so well worth a visit. Opened in 2006, it met with immediate acclaim, earning the European Museum of the Year award in 2008. The main collection features Estonian works from the 18th century onward, while temporary exhibitions focus on modern and contemporary art from all over the world. But the building itself is arguably as remarkable as the art: it’s a seven-story circular, ultramodern glass building that is somehow in harmony with its historical surroundings.

Though the Baltic sea is barely visible from the Old Town, Tallinn is a coastal city; tourists and locals alike enjoy the easily accessibly seashore. The busiest is Pirita, which sometimes attract thousands of visitors a day. And for good reason: the 2km strand has great facilities like playgrounds for children, lockers, and equipment rental but also an amazing view of the Gulf of Finland. Another option is Kakumäe, the furthest and therefore quietest beach reachable with bus 21. Swimming is entirely possible…for those who don’t mind water temperatures around 20° Celsius. 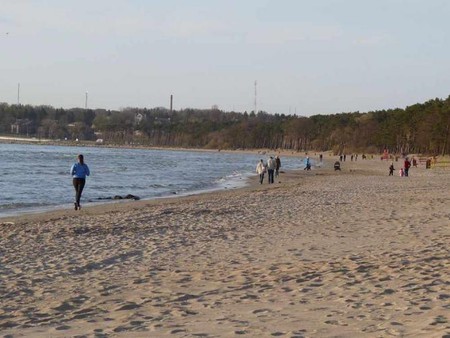 Go on top of the TV Tower

For more great views of the city and the Gulf of Finland, climb (not literally—there’s an elevator) to the 21st floor of the TV Tower near the Pirita suburb. It’s the tallest building in Tallinn and its viewing deck, 170 meters above the ground, offers an astonishing 360 degree panorama, enabling visitor to see the city in a new light. Make sure to visit on a clear day, as the view isn’t nearly as impressive otherwise. There’s also a restaurant, so why not have coffee or a meal above the city?