The Best Hotels in Sofia, Bulgaria 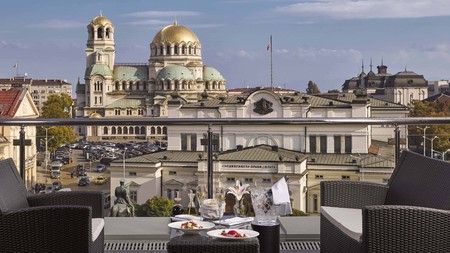 Overlook the Cathedral from an impeccable, central location | Courtesy of InterContinental Sofia / Expedia

Sofia, the capital of Bulgaria, sits at the base of the Vitosha mountain with a distinct East-meets-West urban structure and some truly charming neighbourhoods. Cultural offerings include the gold-domed Aleksander Nevski Cathedral plus the Roman ruins of the Ancient Serdica Complex. Explore it all using one of these excellent hotels as your base. 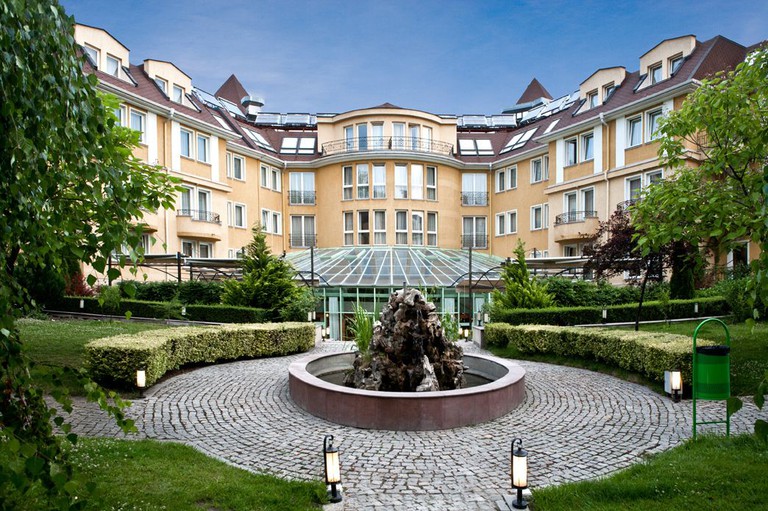 Courtesy of Maison Sofia Hotel / Expedia
View Rooms
With a facade faintly resembling a modest French chateau, Maison Sofia stands in the quiet southern suburbs alongside expansive Borisova Gradina Park. Comfortable rooms are brightened by large windows and there’s a charming conservatory restaurant – with Bulgarian and Mediterranean cuisine – nestled between the two rear wings and extending into a pretty garden. The gym and a rather swanky indoor pool might round off a sightseeing day.
More info 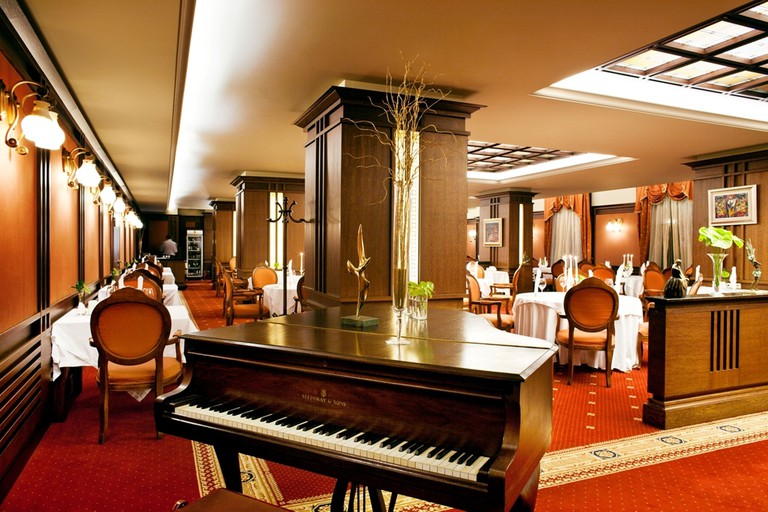 Courtesy of Grand Hotel Sofia / Expedia
View Rooms
The rather odd building of the Grand – an austere glass-fronted box perched upon a masonry-clad low-rise – stands in the heart of Sofia. Opened in 2004, the interiors seem of another era: plenty of dark-wood panelling and heavy furniture, frumpish drapery and modern art in gilt-edged frames. This old-school atmosphere pervades the notably spacious rooms laid with burgundy carpets. Although the well-regarded main restaurant tends toward fine dining, the cafe and conservatory with Eiffel-esque canopy and steelwork is rather more laid-back and relaxing.
More info 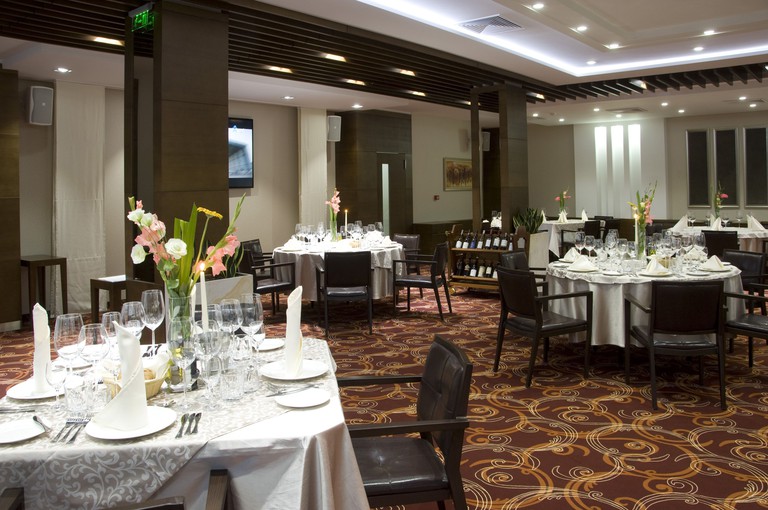 Courtesy of Central Hotel Sofia / Expedia
View Rooms
With an array of rooms ranging from compact doubles to studios with kitchenettes, interconnected rooms and two-roomed apartments, this downtown hotel offers flexibility in spades. It’s modern, comfortable and thoroughly functional rather than homely though renovations to the lobby and reception have spruced things up. While the restaurant’s fairly modest, the comprehensive wellness facilities include a sauna, steam bath, jacuzzi and massages.
More info 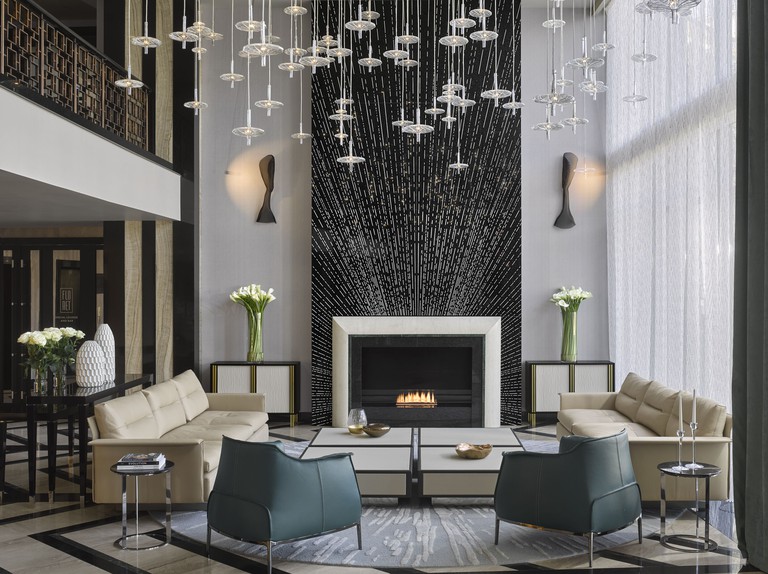 Courtesy of InterContinental Sofia / Expedia
View Rooms
Overlooking the equestrian statue of Tsar Alexander II in Narodno Sabranie Square along with the Cathedral and National Assembly beyond, this hotel has an impeccable, central location. The rather plain 1970s look belies exceptionally tasteful-yet-muted interiors, with thoughtful furnishings and textures from an extensive 2017 renovation. There’s a lot of taupe and beige with blue-purple accents and marbled bathrooms, yet it all feels stylishly elegant. Floret Restaurant features handsomely presented Bulgarian cuisine along with international favourites.
More info 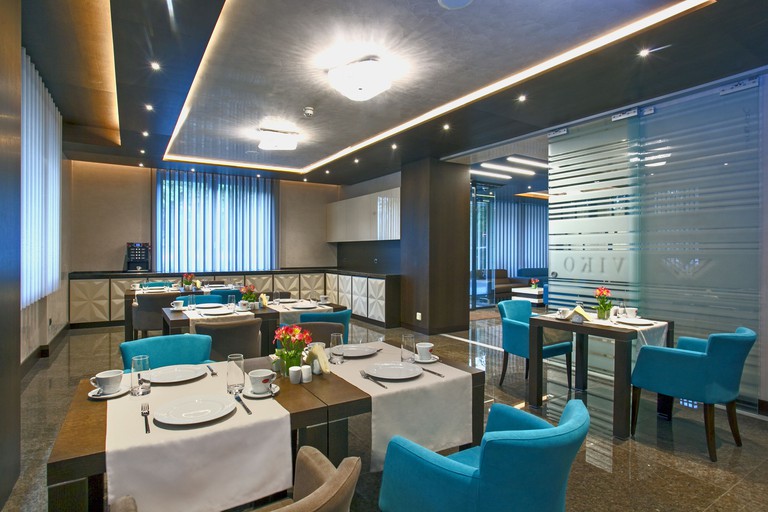 Courtesy of VIKO Boutique Apart Hotel / Expedia
View Rooms
A little south of the centre near the National Palace of Culture, VIKO has modern stylish apartments, most with kitchenettes, ranging from family to presidential. Occupying a smart seven-storey apartment block on a quiet street, the majority have just one bedroom so families should choose carefully. Tasteful rather than homely, you’ll still have some regular hotel services such as a breakfast snackbar (with room service if needed), modest business-centre facilities and a meeting room.
More info 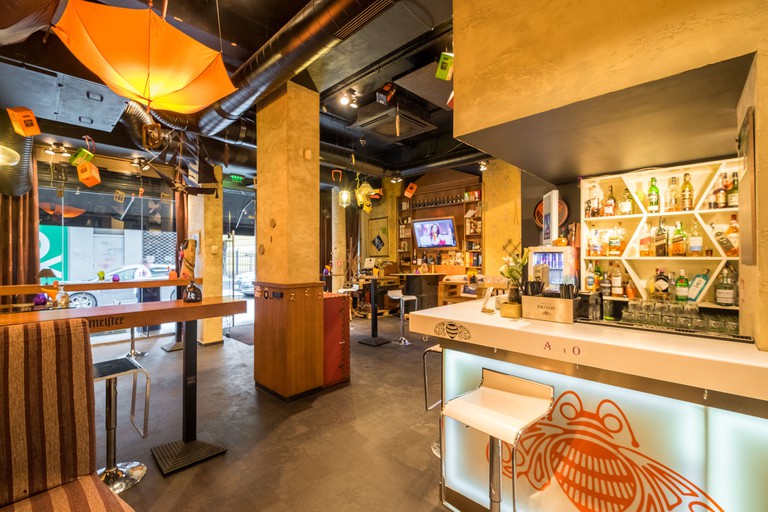 Courtesy of R34 Boutique Hotel / Expedia
View Rooms
The enigmatically named R34 melds mellow industrial chic with touches of Scandi-cool furniture to conjure a rather fun, almost hipsterish, vibe. It’s the sort of place where you won’t receive a map but will be shown the way; and the partnership of crumbling plaster with exposed brickwork is a design element rather than a maintenance issue. Candles, arty monochrome prints and groovy lighting and lamps lend a quirky feel while the location is both central and quiet.
More info 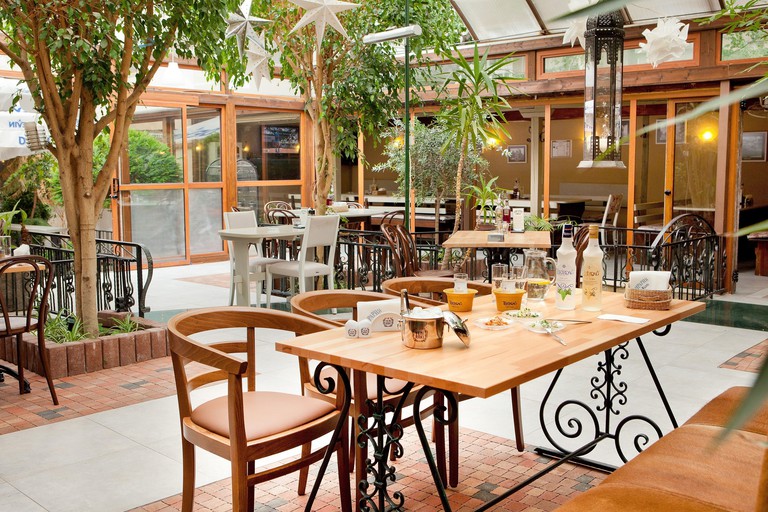 Courtesy of Hotel Niky / Expedia
View Rooms
This modest downtown hotel features double rooms and business apartments for up to three guests in a plain, modern building. Decor and feel vary considerably from the simple and unfussy to near hostel-like austerity, but all are bright and well-kept. Rather more appealing is the homely garden restaurant mostly covered with a conservatory, hung with lamps and (winter) heaters – a charming spot to hang out and sample Bulgarian cuisine.
More info 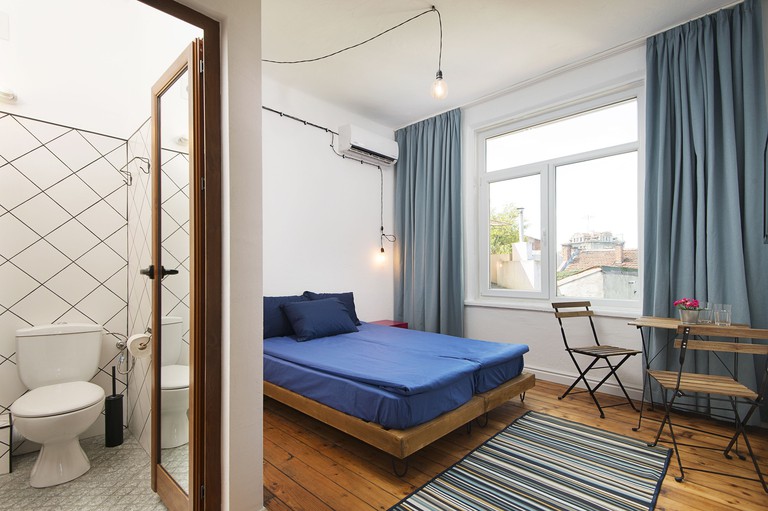 Courtesy of Generaator Sofia / Expedia
View Rooms
Firmly in hostel territory, the no-frills Generaator stands on the northern edge of the city centre. Signed above a facade resembling a shop front, the accommodation lies in a three-storey house overlooking a small pallet furniture-strewn courtyard. Stripped floors and odd patches of exposed brickwork lend a faint rustic hue to the simple, almost spartan, rooms, but you’re more likely justifying a stay here on the premise of being out all day rather than in for the night.
More info

This is an updated version of an article originally written by Peter Iltchev.