The Most Remarkable Art Nouveau Houses In Brussels

Ciamberlani house | WikiCommons
Compared to other European capitals, Brussels may be a small city, but that doesn’t stop it from being the center for a number of architectural wonders and heritage sites. As a significant center of Art Nouveau and home to prominent architects that pioneered the ornate style, it would come as no surprise the capital hosts its fair share of beautiful Art Nouveau buildings. But next time you find yourself walking down the streets, be sure to be on the lookout for these special architectural gems: the Art Nouveau houses of Brussels.

Museum
Tassel House | © Henry Townsend/WikiCommons
Built in 1893 by Victor Horta, the Tassel House is the first manifestation of the Art Nouveau style in Brussels. It was the first house where Horta applied his theories – the exposed metal structure, the integration of the decor with the structure, the fluidity of the spaces and the skylights in the middle of the building. The house is listed as the UNESCO world heritage site and today is occupied by the European Food Information Council (EUFIC).
More Info
Open In Google Maps
Rue Paul Emile Janson, Ixelles, Bruxelles, 1000, Belgium
View menu
Visit website
Visit Facebook page
Send an Email
Give us feedback

The Autrique House built in 1893 by Victor Horta represents a major part of Brussels architectural heritage and an essential stage in the evolution of architecture. The house is renovated and houses a scenography created by Schuiten and Peeters, and it represents a tribute to Brussels private architecture, with a touch of imagination at the same time. It’s temporarily closed but it’s scheduled to be reopened in January 2017. 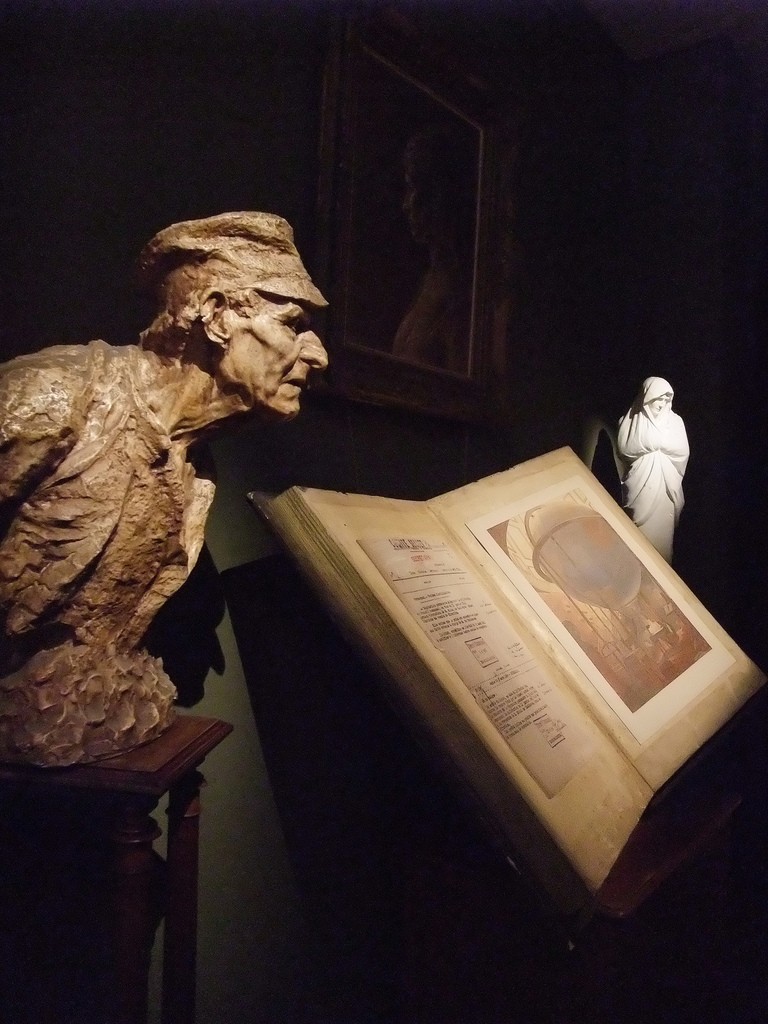 Situated in front of the Cinquantenaire Park, the Cauchie House is one of the most beautiful masterpieces of Art Nouveau. It was built in 1905 by architect, painter and decorator Paul Cauchie, and it houses many extraordinary decorative elements, including the famous Art Nouveau engraved drawings. Together with his wife, he designed and decorated the house, and that’s why at the center of the façade, you can see the words “Par Nous – Pour Nous” (“By Us – For Us”).

A stone’s throw away is the Ciamberlani House. Designed by Paul Hankar in 1897 for the painter Albert Ciamberlani, the façade of the house is what makes it so remarkable with spectacular engraved drawings and two large windows on the first floor. The house was renovated in 1927 by the architect Adrien Blomme and now includes some interior elements of Art Nouveau as well as Art Deco. 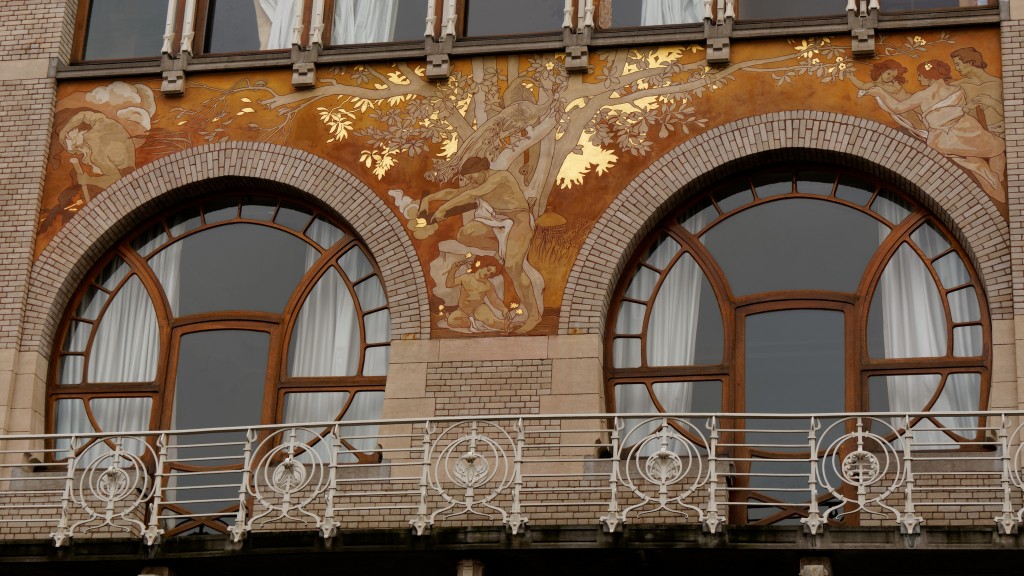 Museum, Memorial
Situated in Saint Gilles, the Hannon House was built by Jules Brunfaut in 1902. This magnificent manor house bears the furniture designed by Emile Gallé, frescoes by painter Paul-Emile Baudouin and the remarkable stained-glass windows by Evaldre, who studied at Tiffany’s. Since 1979 the building is property of the municipality of Saint-Gilles and now is occupied by Contretype Photographic Space which promotes creative photography and organizes regular exhibitions.
Looks like it's closed Hours or services may be impacted due to Covid-19
More Info
Open In Google Maps
View menu
Visit website
Visit Facebook page
Send an Email
Give us feedback

Only three steps away is Les Hiboux House. Architect Edward Pelseneer designed the house in 1899 for the Symbolist painter Fernand Khnopff. The house owes its name to the owls, the two night birds settled on the crown of the façade. The asymmetrical façade has a nice full color, a result of the combination of several materials – red brick and white and blue stone. A mix of circular windows, bay windows and dark paneling conjure up the call of the nocturnal bird of prey. 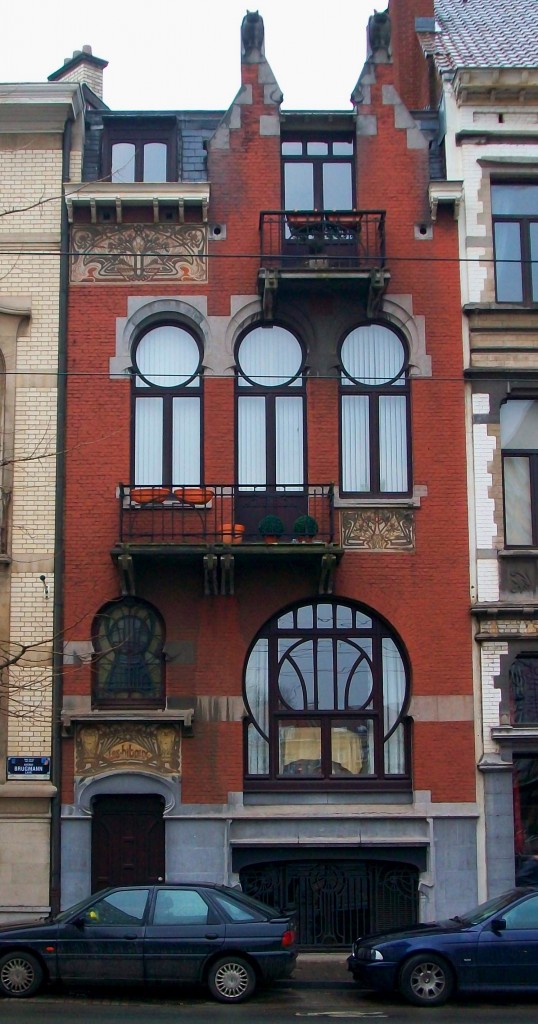 Victor Horta’s masterpiece, Van Eetvelde House was designed between 1895 and 1897 for Edmond van Eetvelde, a diplomat and the general secretary of the then Congo Free State. The mansion is arranged around a central light well above the delicate metal supports of a splendid stained-glass dome surmounting a winter garden. In 2000 it was added to the UNESCO world heritage list. The house can be visited as part of the Brussels 1900 – Art Nouveau guide tour. 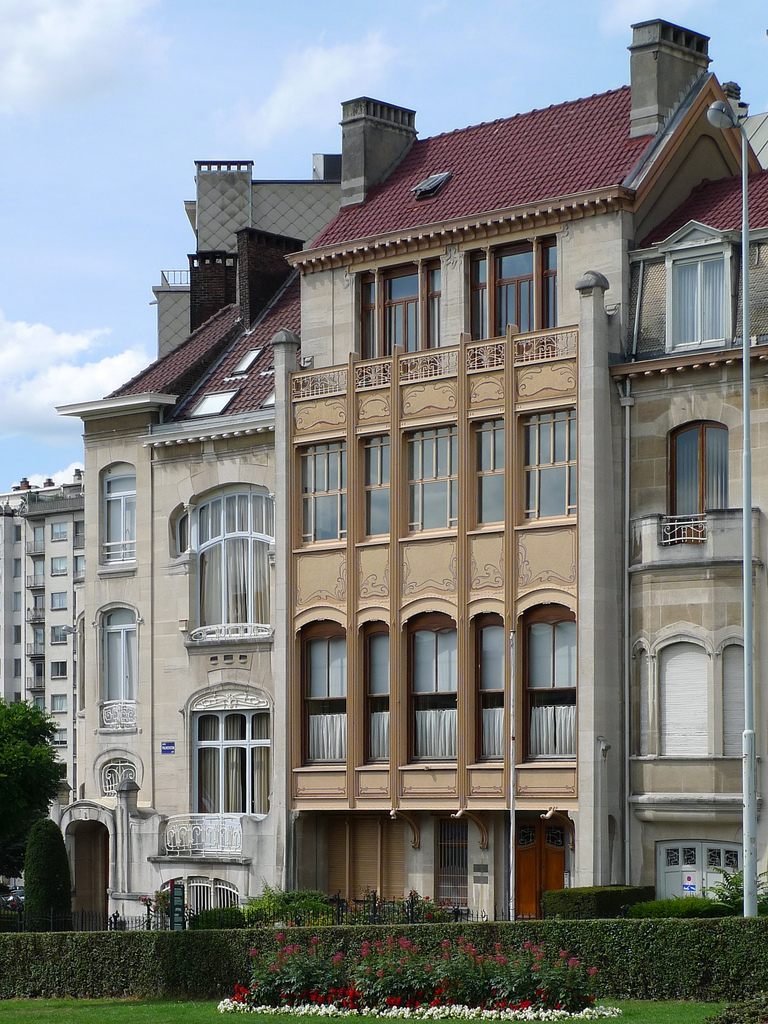 The Otlet House was designed between 1894 and 1898 by the architect Octave Van Rysselberghe for the lawyer and librarian Paul Otlet. The façades are totally asymmetrical with a subtle play of volumes. Architect Henry van de Velde was responsible for the interior – like wood paneling and stained glass. The house was renovated, and it currently houses the law office of the novelist Alain Berenboom. 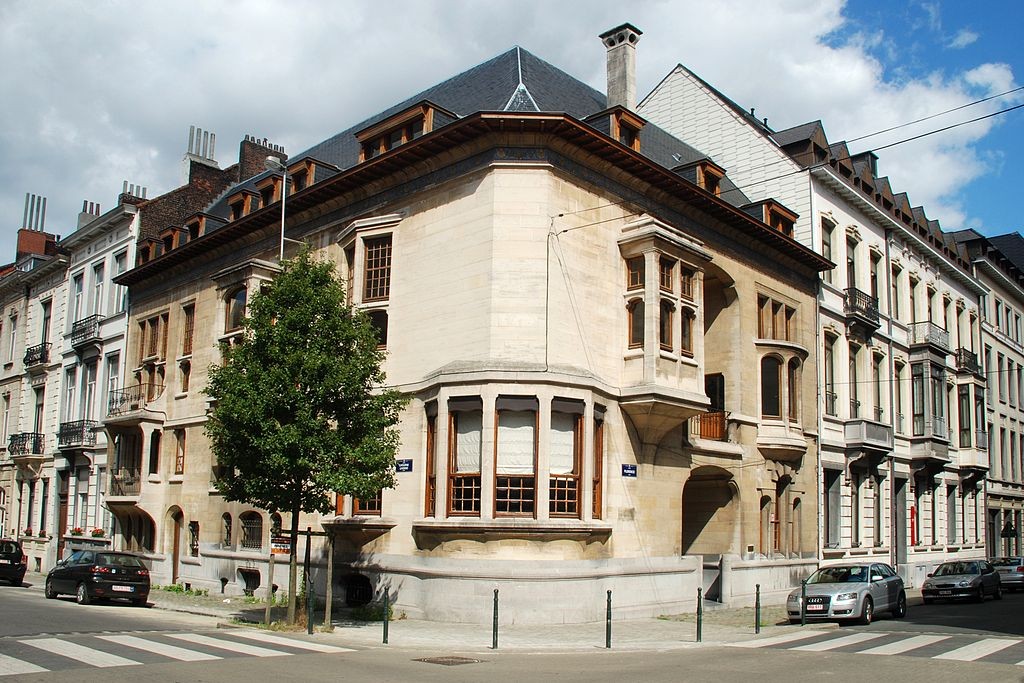 While reviewing the beautiful Art Nouveau houses in the capital, this list would not be complete without the home of the ‘Father of Art Nouveau’, Victor Horta. Horta’s house-turned-museum is not only an ode to the elements of architectural style, but it also allows visitors to see which of these unique designs made it to Horta’s own home and workshop for 20 years.

One of the most extravagant Art Nouveau accomplishments, Saint-Cyr house was built by Victor Horta’s protégé, architect Gustave Strauven. He built and designed this house between 1901 and 1903 for the painter George Saint-Cyr. The narrow façade which is just four meters wide is rich in delicately crafted ironwork. One of the most astonishing elements of the façade is circular loggia surmounted by a wrought iron gable in Baroque style. The twist of architecture and ornamentation give a fairy-tale atmosphere to the house. 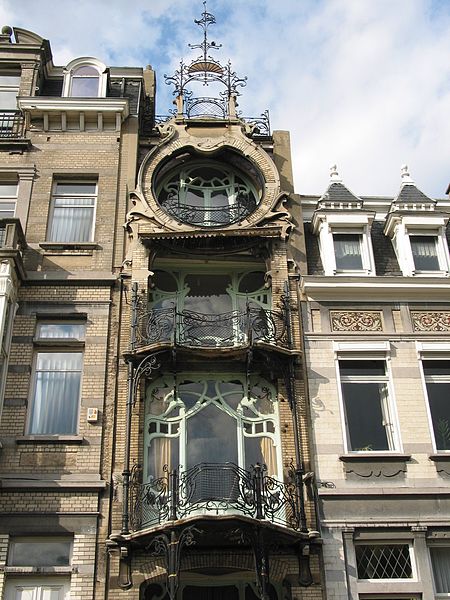