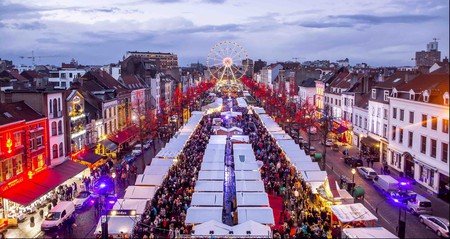 As the Belgian days draw shorter, Christmas markets and twinkly lights start to land in nearly every town and city. Belgians like their markets traditional, cozy, and enchanting: wonderlands where one can forget about stress and spend quality time with family and friends while drinking hot cocoa and fumbling on the skating rink. Here, Culture Trip introduces you to eight such magical places.

Brussels’ sprawling Christmas market goes by the name of Winter Wonders, and this is in no way an exaggeration. Multiple squares including the Grand-Place and the Place de la Bourse are steeped in jolliness starting at the end of November through to the beginning of the new year. Mountains of Brussels waffles and moats of Belgian hot chocolate and jenever (‘Dutch or Flemish gin’) are consumed to keep warm. The large Christmas tree and light show on the Grand-Place make Brussels’ most beautiful square even more picturesque. 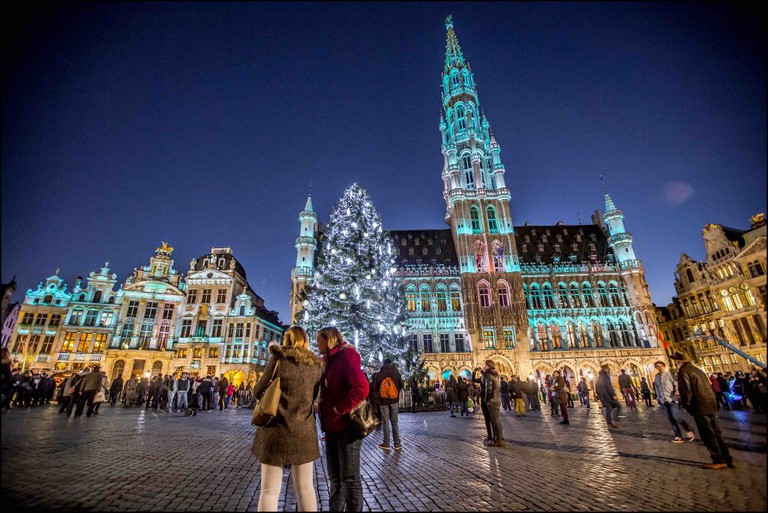 One of the oldest Christmas markets in the country has also made a name for itself as one of the coziest. The Monseigneur Ladeuzeplein and the Herbert Hooverplein form the beating heart of the whole thing, with every inch of these squares covered in lights, glühwein bars, and knitwear booths. Due to its booming popularity, Leuven keeps expanding its wintertime program: there’s now a fairytale Winter Garden on the Grote Markt, a special Food Truck Fiesta weekend in Park de Bruul, and an additional market of 30 stalls where you’ll find tasty treats from Provence. 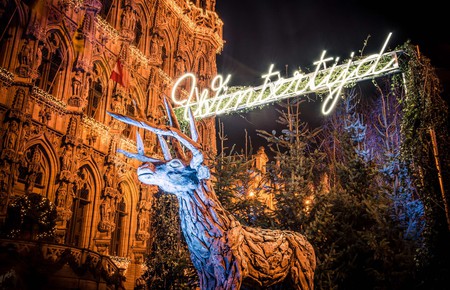 Fans of both amusement parks and holiday cheer tend to go mad for Winterland, the Hasselt market where décor and entertainment are rolled up into one cheerful ball. An old-fashioned carousel, Santa’s House, a rollercoaster, and even something resembling a Christmassy haunted house turn the place into attraction central. More laid-back visitors might want to check out the impressive ice sculpture festival or hang out at one of the many wooden cafés.

Lovebirds making their way to Belgium’s premier medieval town can kill two birds with one stone by combining a romantic trip with gift shopping. At the main market of the former merchant hub, you’ll find art objects and a picture-perfect skating rink. The Simon Stevinplein offers Christmas decorations galore, and for the most romantic of them all, there’s the smaller and more tranquil Minnewater market, where a smooch on the adjacent bridge will grant you and your partner eternal love.

Besides refreshing walks along the beach – a sight to behold when covered in a blanket of snow – Ostend in wintertime is mainly great because of its fully covered indoor wonderland with fairytale decorations. While snack and drink stalls themselves are small and cozy, Ostend’s ice rink is a skater’s dream. A thousand square meters of ice bathing in atmospheric lights, it’s the biggest in all of Belgium. Plus, kids get an ice rink all to themselves. 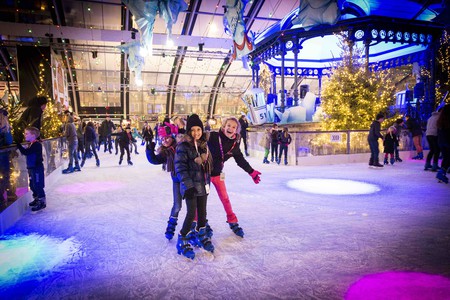 A whole Christmas village awaits at Liège, including a mayor and city council. Their main concern is keeping the two million people that come to the almost 30-year-old market happy, and a key part of their strategy is food. Forget about bratwursts, glühwein, and Nutella pancakes: Liège’s Village de Noël invites its guests to dine gourmet style in toasty warm tents. The government also makes sure to have a brass band parade the Christmas village’s alleys every Saturday, while traditional choruses, folk dance groups, and professional balloon artists populate the stage every Sunday.

Ghent has often been hailed for its ‘Ghent Festivities’ in summer; however, the city has decided to take that mood of conviviality and pump it into their Christmas celebrations as well. Completely rebooted, the medieval city’s market now boasts over 130 chalets, the Moose Bar with its signature Ghent hipness, and a skating rink positioned right underneath the golden lights of the stunning Market Hall. Saint Bavo’s Cathedral watches over it all, lit up in the colors of the rainbow. 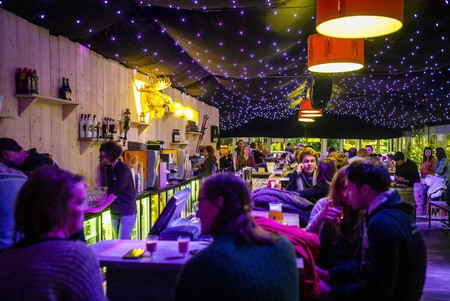 Arriving in Antwerp’s magnificent Central Station, you can follow a trail of lights all the way to the docks of the river Schelde. Oh, the sights you’ll see along the way. From the Meir to the Groenplaats to the Grote Markt to the Handschoenmarkt, and eventually the Steenplein, everything breathes Christmas. The Ferris wheel on the Steenplein looks over the Schelde on the one side and the city center on the other, providing a unique vista of Antwerp’s nightly charm. 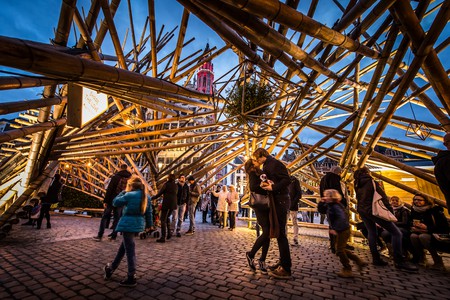