How to Get to Lake Sevan 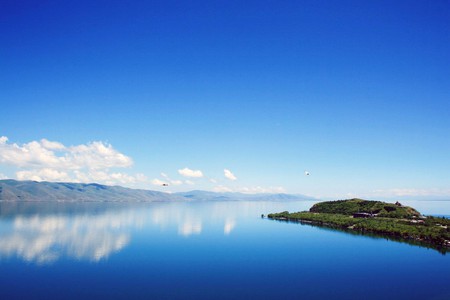 Since Armenia has no access to the sea, the major getaway for locals during the summer months is Lake Sevan. Armenians are proud of their enormous lake, where the horizon is barely noticeable. The lake is located not far from the country’s capital, which makes it a great day trip option. And in order to get there, you need to know some of the basics.

Why you should visit Sevan Lake

Sevan Lake is one of the largest lakes in the Caucasus region, whose basin makes up the one-sixth of Armenia’s territory. Twenty-eight streams and rivers flow into the lake, and only one flows out of it – the Hrazdan River.

When Armenia joined the Soviet Union, the government decided to use the lake’s waters for hydroelectricity and irrigation purposes, making the territory of the Monastery of Sevanavank a peninsula.

The lake plays an important role in Armenia’s economy, giving the country low-cost electricity, a supply of fish, and a recreational area to boost tourism. 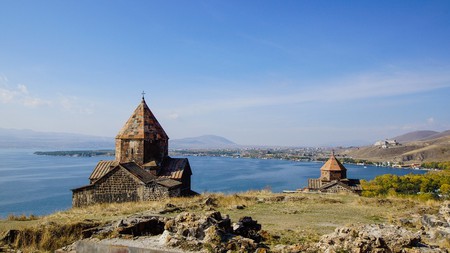 The lake is part of Sevan National Park, which, apart from the lake, includes 24,800 ha of surrounding land. Established in 1978, the park comprises three zones – reserve, recreation and economic. There are no clear boundaries set between the economic and recreation zones, therefore only researchers are allowed in the reserve zone.

Sevan Lake has a high mountain location, which means that the climate here is is cooler compared to other places in Armenia. The average temperature here is around 5°C (41°F). In January, the temperature can even reach -6°C (21°F), and in the summer months it might be as high as 16°C (60°F). Do note that the area is generally characterized as being windy, so make sure to bring a light cardigan or a warm sweater depending on the season.

Sevan Lake offers several public beaches, which are clean and safe with free access to beach chairs. The most popular coasts are those located next to the Peninsula and in the city of Sevan. 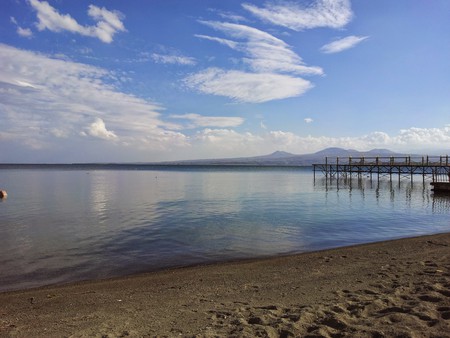 How to get from Yerevan to Sevan Lake

The lake is located only 60 km (37 mi) away from Yerevan and is well connected to the capital with a number of different public transportation options.

The best way to travel to the lake is via minibus from the Northern Bus Station that runs every 20 minutes or so. The minibus, or marshrutka, will take you to the city of Sevan, but you can ask the driver to if he can take you to the lake. A ticket to Sevan costs around 500 Armenian dram (US$1). From Sevan, you can take a taxi to the lake for 1000 dram (US$2). Do the same for coming back to Yerevan. 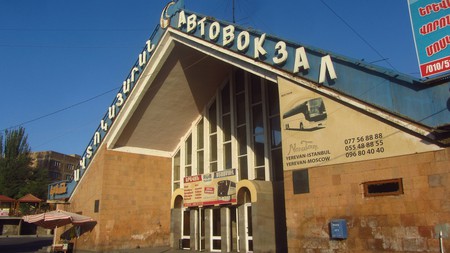 To avoid the whole hassle of public transportation, you can take a taxi from Yerevan to the lake, which will cost around 5000-6000 drams (US$10-12).