Armenian Foods You Should Try 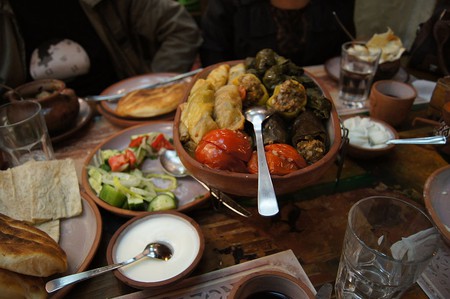 Armenian cuisine reveals the geography and history of the country, as well as animals and crops grown on its territory. The cuisine is rich in vegetables, meat, and fish; however, eggplant, lamb, and lavash (flatbread) make up its primary components. In addition, cracked wheat, or bulgur, is often used instead of rice and maize in Armenian cuisine. We’ve compiled some of the best dishes you need to try once in Armenia.

This dish is often made from meat, but you can also find a vegetarian option as well. Minced meat mixed with rice and a variety of herbs and spices is wrapped in fresh grape leaves. 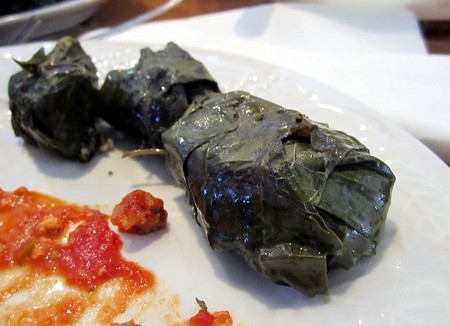 The word khorovats in Armenian means grilled meats or barbecue. A common khorovats is chunks of bone-in meat grilled on a skewer. The dish can be made either with lamb or pork. 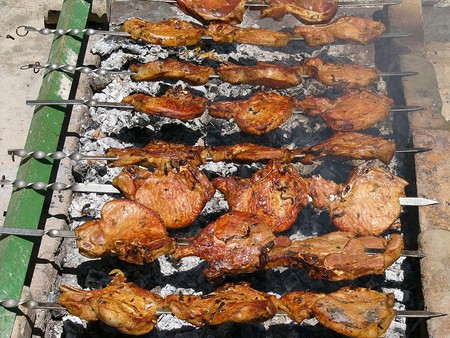 This thin and soft flatbread looks similar to a Mexican tortilla and is the most common ingredient in Armenian cuisine. 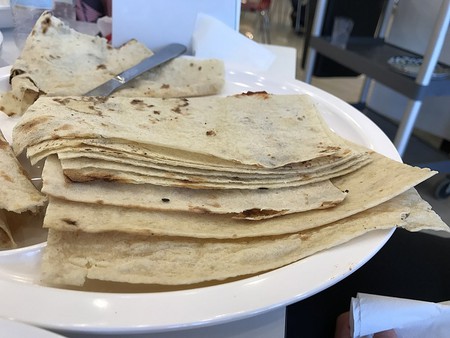 Often prepared around Christmastime, ghapama is a stuffed pumpkin dish. The guts of the pumpkin are removed, and then it is stuffed with boiled rice and dried fruits like apple, apricot, dates, plums, and raisins together with nuts. The pumpkin is baked until it softens. 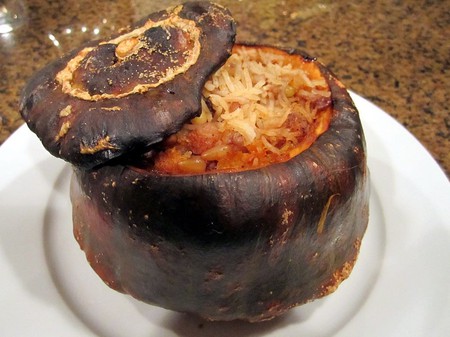 The dish is made from a boiled sheep’s or cow’s parts that include the feet and/or head. Some use the other parts of the cow, like tripe and brain, in the recipe. The meal is also quite common not only in Armenia, but in Georgia, Albania, Bulgaria, Turkey, and Iran to name just a few, and is considered a hangover remedy. 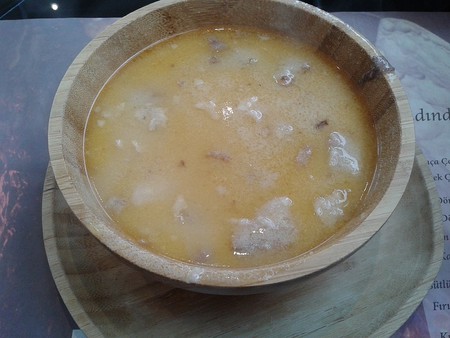 Manti or mante is a traditional dish of meat dumplings. The dumplings are baked with minced beef or lamb meat inside. It’s served with garlic yogurt or tomato sauce. 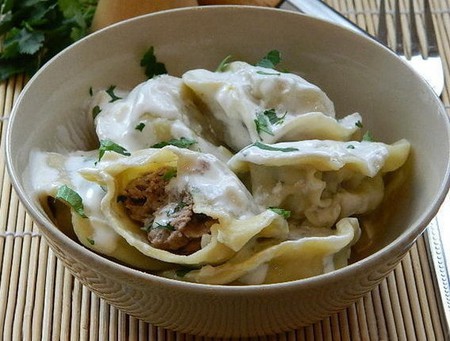 This is a typical Armenian pastry, very common across the country. Each region or town has its own variety of gata, making it in a diversity of sizes, shapes, and decorations. 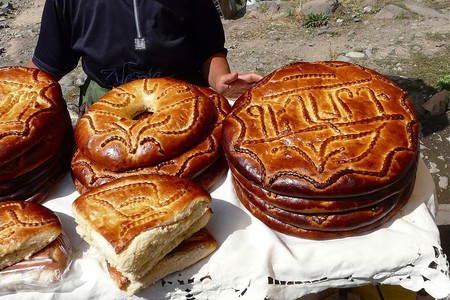 Similar to the Turkish dessert of the same name, Armenian baklava is also made of layers of phyllo pastry filled with nuts. 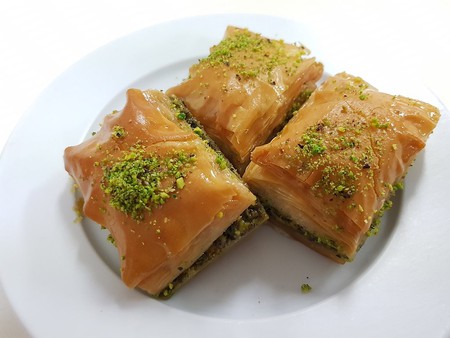 Harissa is a thick porridge made from roasted or dried cracked wheat and fatty meat (lamb or chicken). The key to creating a tasty harissa lies in its long preparation process. 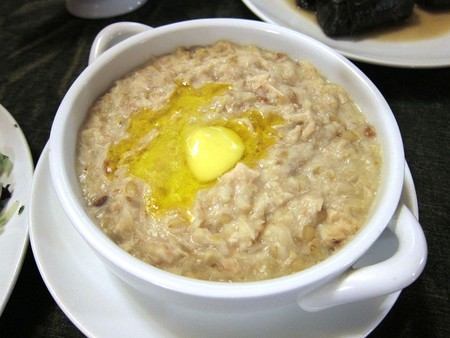 Basturma is an air-dried, highly seasoned smoked beef. The preparation method calls for letting the salted meat dry for up to 15 days. Afterward, the meat is covered with a paste that is a blend of different spices including cumin, garlic, hot paprika, and pepper. 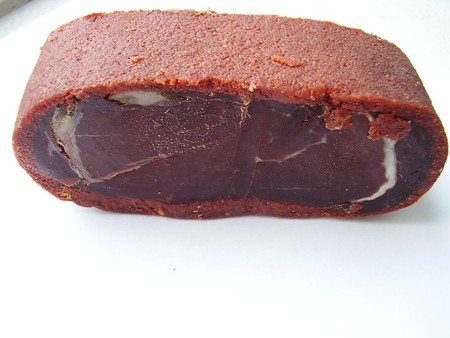 Eetch is a side dish made from bulgur. Somewhat similar to tabbouleh, a Lebanese vegetable salad, eetch is a thick and grainy dish. Made from puréed tomatoes, onion, parsley, paprika, bell peppers, and lemon, it can be eaten warm or cold. 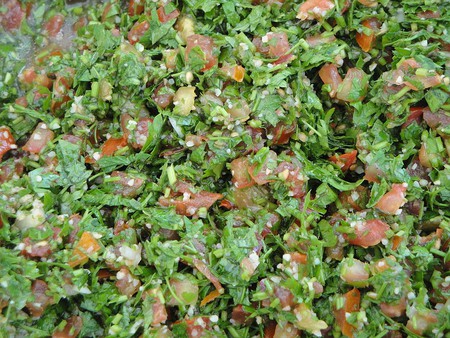 Often served as an appetizer, byoreks are pies of stuffed cheese in a phyllo pastry. Another variation of those pies calls for spinach or meat instead of the cheese filling. Byorek is a popular snack and fast food option favored by many locals.