Alcoholic Drinks You Should Try in Armenia 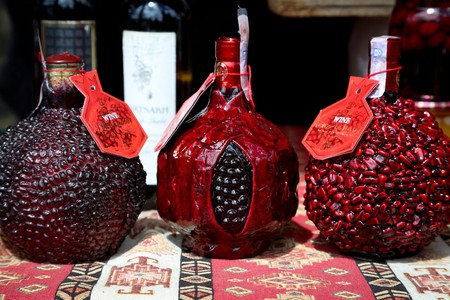 Being one of the oldest countries in the world, Armenia has a rich history that has brought forth many traditions, a strong culture, and unique cuisine. Locals highly appreciate the art of consuming traditional drinks, and the most popular national alcoholic drink is brandy, followed by vodka and wine. We’ve compiled a list of drinks you need to try when visiting the county.

Armenian brandy, or cognac as it’s called by locals, is made from selected grapes that are grown in the Ararat Valley. The Yerevan Wine & Brandy Factory has been producing the beverage since the late nineteenth century. It must be noted that in 1900, the company obtained official permission to use the word ‘cognac’ for the drink. 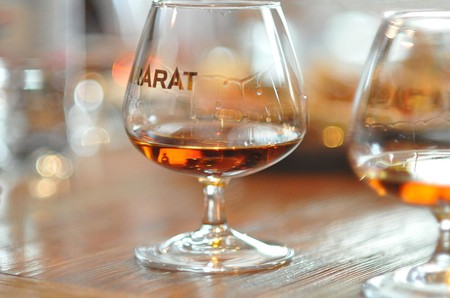 Today, Armenia grows six grape varieties for its cognac production, one of which is Georgian Rkatsiteli. The beverage is classified into three categories depending on the method and time of aging: ordinary, collection, and vintage. The most expensive collection cognacs are the ones produced by aging vintage cognacs longer. The world-renowned Armenian cognac brands are Ararat, Mane, Great Valley, and Armenika.

The climatic conditions of Armenia are perfect for producing dessert and sherry wines. Those grapes have a high level of sugar, making the wine stronger with high levels of alcohol. The production of sherry wine in Armenia started during Soviet rule when it had a significant role in the evolution of viticultural technologies.

In Armenia, the sherry-type wine is made from the ingenious grape species Chilar and Voskehat. Armenian sherry wine is of a high quality, and it used to be the second-most produced alcoholic drink after the famous cognac.

Armenian mulberry vodka holds an upright position among alcoholic beverages. It is sort of a brandy, made only from mulberry fruit – both red and white fruits are used in the production. A palette of flavors make this beverage quite unique. 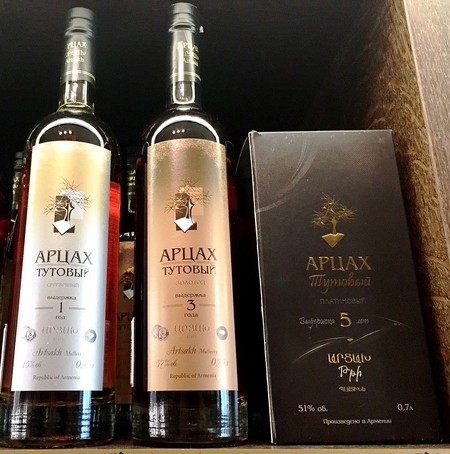 Even though the vodka is made almost everywhere, the most famous production region is Artsakh, the republic known for its former name Nagorno-Karabakh Republic. Thus, the locals often call the beverage Artsakh.

This vodka pairs well with meat and fish dishes, as well as Japanese or eastern cuisine. When served, the drink should be chilled or poured over chopped ice in a glass. Mulberry vodka is an essential part of the national dish, khash.

Pomegranate and other fruit wines

Armenia has been making wine for at least 6,000 years. Here, you can try all the typical wines made from local grape varieties, but have you ever heard of or tried a pomegranate wine? If you haven’t, Armenia is the place to try one. The country is home to various wineries that not only make traditional beverages, but also raspberry, pomegranate, and other fruity alcoholic drinks.

The pomegranate is the national symbol of the country and signifies wealth and fertility. Even though its trees grow almost everywhere across the country, pomegranate wine is quite expensive. Thus, it is often referred to as “the drink of the Gods.” Producing one liter of the purest wine takes about 10-12 kgs (22-26 pounds) of fruit. Therefore, it’s considered to be an alcoholic delicacy and is consumed in small quantities.

Apart from all those alcoholic drinks mentioned above, there are a couple of others you might want to try. Oghi is a local spirit distilled from berries or other fruits. It is generally produced as moonshine from home-grown fruits all across the country. Oghi is served as a welcome drink to guests and is consumed during meals. There are many varieties of oghi, including Cornelian cherry, apricot, pear, mulberry, grape, fig, plum, blackberry, and apple.

Armenian beer is one of the more popular alcoholic beverages for Armenian men. The country produces the drink from malt grains developed in the country. Even though beer production has existed in Armenia since the fourth and fifth centuries BC, the country started to bottle it beginning in the twentieth century. The most famous beer brands here are Kotayk, Kolikia, Erubeni, Gyumri, and Aleskandrapol. 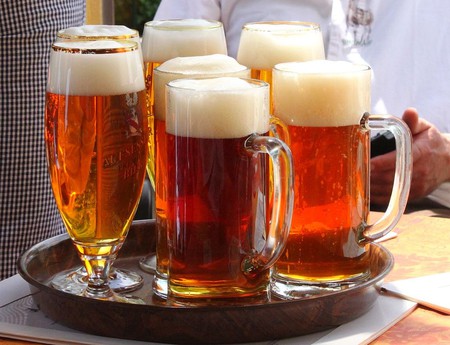 Selection of different beers | © Benreis / WikiCommons
Give us feedback