15 Epic Places in Nicaragua You Should Visit

The stunning river gorge that cuts deep through ancient rocks to create the Cañón de Somoto in northern Nicaragua provides one of the country’s most exciting adventure experiences in some of its most beautiful natural surroundings. A four-hour descent of the narrowest part of the gorge involves scrambling over rocks, floating down rapids, and jumping from very high rocks into deep pools. The more adventurous can opt for a six-hour trip that includes abseiling down cliffs and visits to spooky caves inhabited by bats. The easy route involves a trip upstream in a rowing boat and a gentle float back down in an inner tube. What makes the whole experience more amazing is that the gorge only came to the world’s attention when two Czech geologists stumbled across it in 2004. 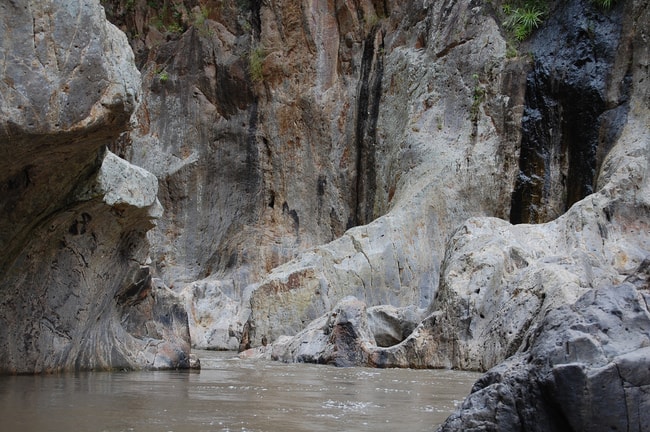 Peering through sulphurous clouds at the molten lava lake at the centre of the Santiago crater on the top of the Masaya volcano is one of those once-in-a-lifetime experiences that justifies the plane fare to Nicaragua all on its own. Even more amazing, you can drive right up and park by the lip of the crater, although cars do have to be facing downhill in case of an emergency evacuation from this active volcano. It’s easily to visit from Managua or Granada; come in the day to learn all you can about the volcano at the onsite museum and take in the full extent of the crater and surrounding lava fields, or come at night for a brief but thrilling peek of the bubbling lava lake and the golden glow it casts in the crater. A trip to Masaya is easily arranged from the capital Managua, which now has a number of new attractions to tempt travellers to stay a few days. 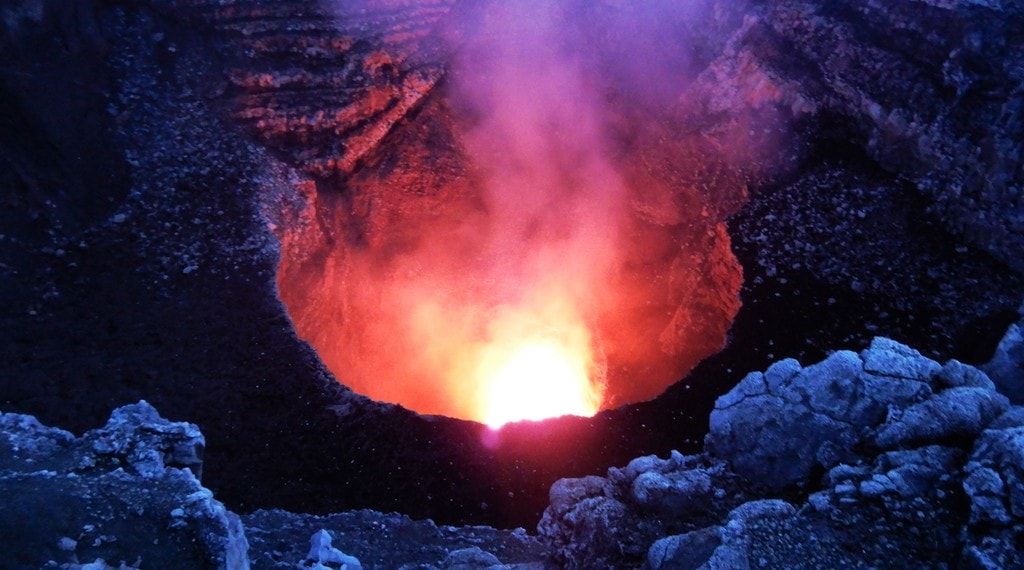 While Masaya may be Nicaragua’s most-visited natural treasure, only a few hardy adventurers make it to the top of Cerro Mogotón, which at 2,107 metres (6,913 feet) is Nicaragua’s highest peak and one of its wettest. Cleared of the landmines that were laid here to stop illegal entry from Honduras along this remote stretch of border, the only danger nowadays is slipping and sliding on the muddy trail or getting caught briefly in the clouds that nurture the moss-covered forest at the summit. Guided tours can be arranged in the town of Ocotal for the 3–4 hour ascent, which is more of a hike than a climb. 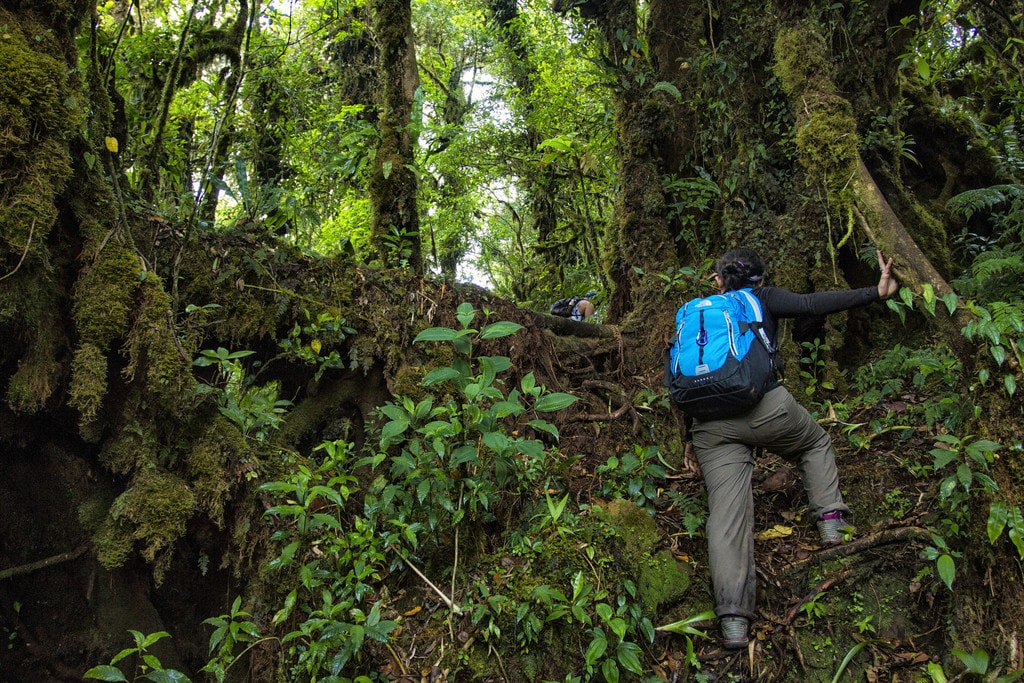 Everything about Ometepe is special. Reached by ferry from the port of San Jorge, this large island in Lago Cocibolca (Lake Nicaragua) is graced with two mighty volcanoes: the active Concepción Volcano in the north and the not-so-active Maderas in the south. Both volcanoes can be climbed, and Maderas has a crater lake at its summit, and at its base the San Ramón waterfall that cascades 50 metres (164 feet) down a sheer wall. Non-hikers can take it easy and swim in the fresh waters of the lake and relax on the white sands of Playa Santo Domingo. For adventure try horse riding or mountain biking, or kayak along the Rio Istián, a top spot for birdwatching. Head for Punta Jesús María as the sun starts to set; a finger of black sand leading into the lake points directly at the last glorious glow of the orange orb as it disappears below the horizon. 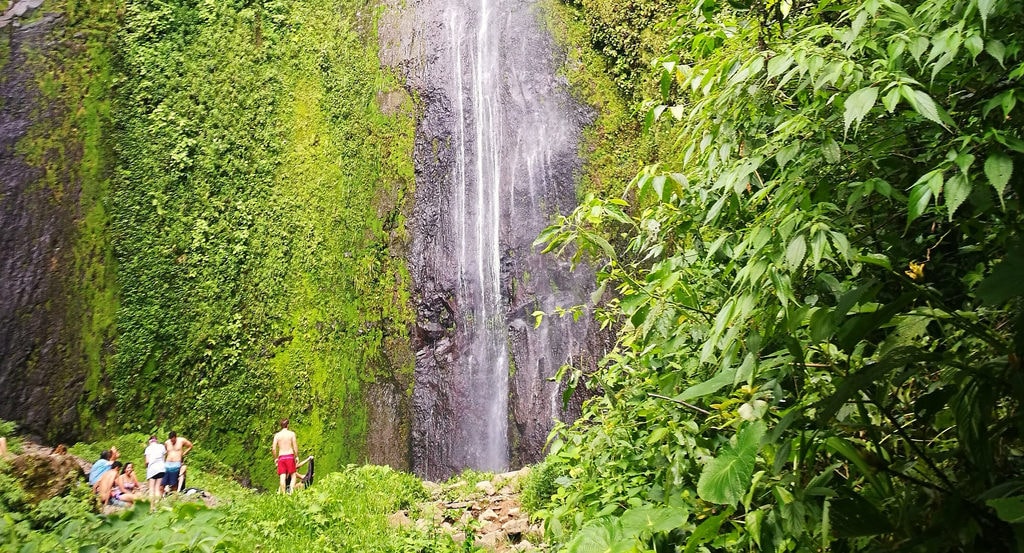 One of the world’s youngest volcanoes, Cerro Negro’s dramatic black cone of gravelly cinder appeared in 1850 and has erupted 23 times since then. The last eruption was in 1999, but it was in 1992 that one of the biggest recent eruptions occurred, with a plume of gas, ash and rocks reaching 7 kilometres (4 miles) into the air. Still active, the volcano is more famous nowadays as an adventure destination. Adrenaline-seekers make the 40-minute trek up its shadeless slopes to the smoking crater where they don boiler suits and goggles, mount a wooden board and whizz down a steep incline of black ash to the bottom at speeds of 60–100 kilometres per hour (40–60 miles per hour). One of the best places to practise volcano surfing in the world, Cerro Negro is a bucket list must. 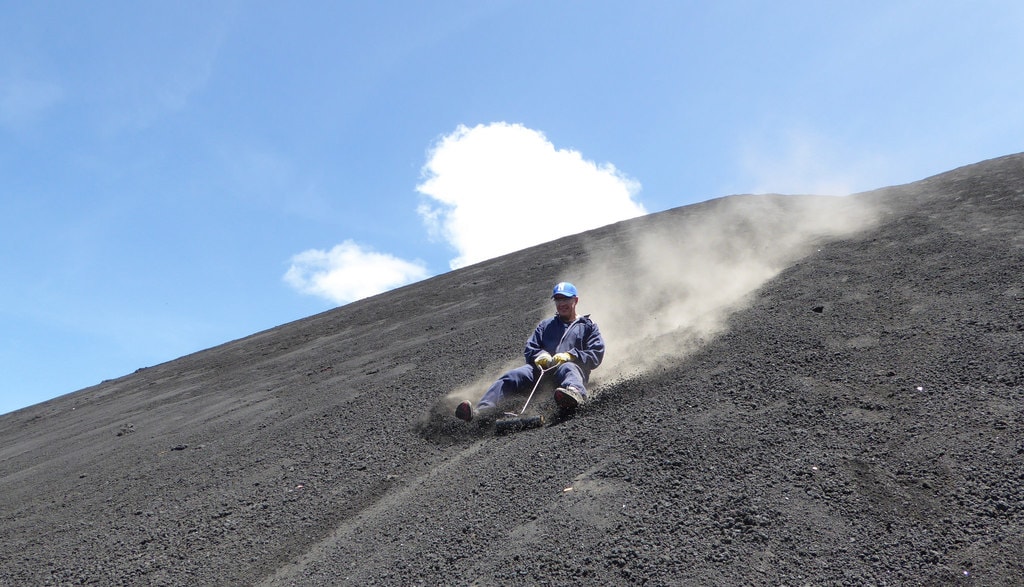 The perfect place to act out your pirate fantasies, the Pearl Cays offer visitors a raw slice of palm-fringed paradise on 12 tiny islands that seem to float in the shimmering turquoise waters. Reached on a boat trip across choppy open sea from Pearl Lagoon, the majority of the islands that make up the archipelago are now privately owned. They still carry evocative English names, such as Water Cay, Crawl Cay and Maroon, that hark back to the days when buccaneers hid out here. Come between late June and September and you will find the beaches inhabited by recently hatched hawksbill sea turtles, as the cays are an important nesting site for this critically endangered species. A 16-year conservation effort by the Wildlife Conservation Society has seen the numbers of nests increase dramatically, which bodes well for the future. 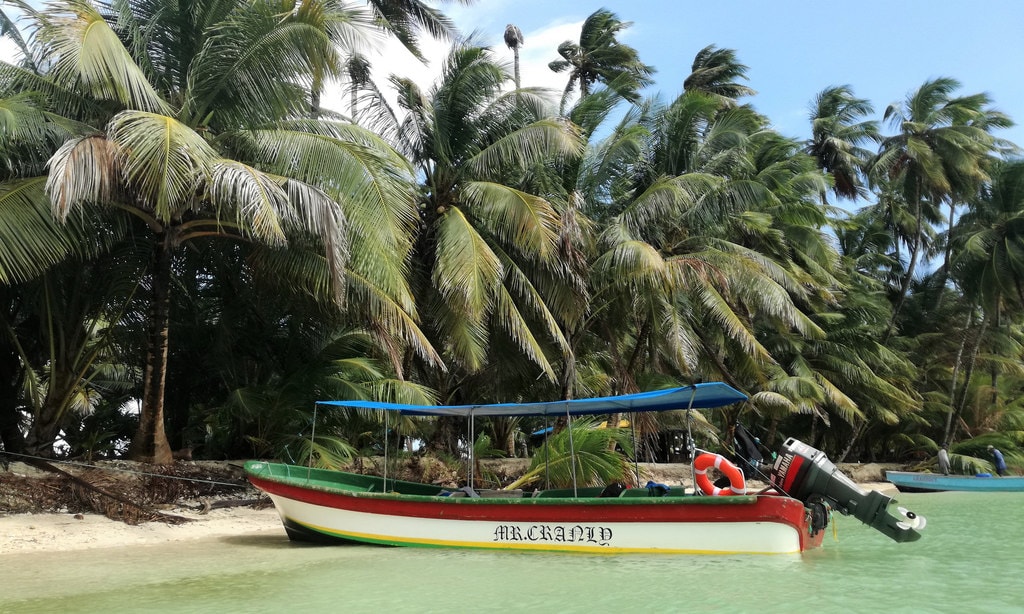 The second-largest area of rainforest in the Western Hemisphere, after the Amazon in Brazil, Bosawas was declared a UNESCO Biosphere Reserve in 1997 to protect the incredible biodiversity found in this northern corner of Nicaragua and maintain the free flow of species through Mexico and Central America in what is known as the Mesoamerican Biological Corridor. Over 600 of Nicaragua’s 790 bird species can be found here, including harpy eagles and resplendent quetzal. While jaguars and Baird’s tapir roam the forest floor, Central American spider monkeys and harpy eagles inhabit the canopy. Those prepared to rough it and visit can expect stunning scenery, unforgettable encounters with wildlife, and a chance to meet Mayangna and Miskito communities. 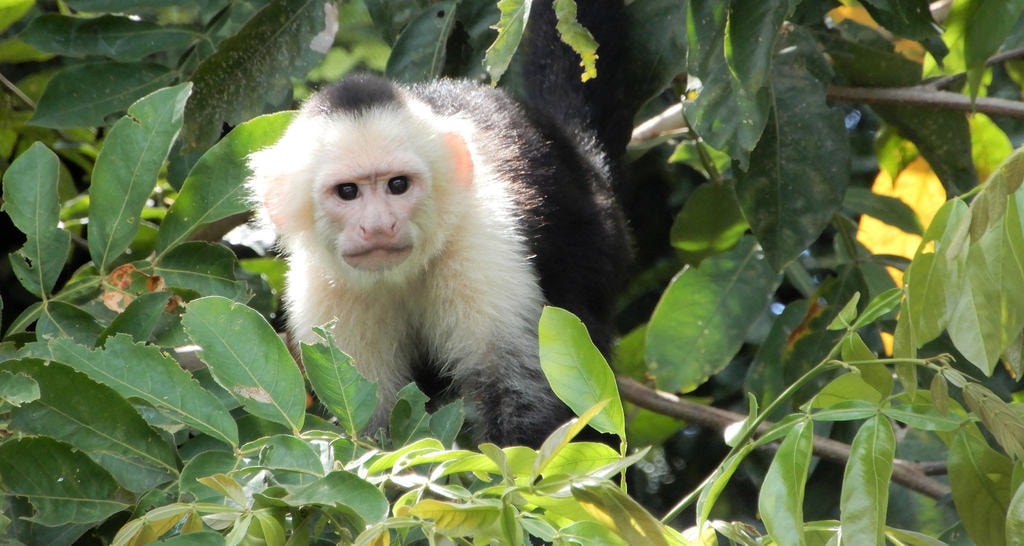 Nicaragua’s Pacific surf beaches have gained a legendary status among international surfers as the breaks are good all year round and the tubes are consistent. No beach is as popular as Playa Maderas, which has a board-friendly sandy bottom, right and left breaks, and waves that will give both beginners and pros a ride to remember. The broad expanse of sand is backed by lush forest and a couple of laid-back bars and restaurants offering board hire, classes and cheap rooms. Reached via surf-shuttles along a potholed road from the tourist hub of San Juan del Sur, the beach can get busy at weekends. To lose the crowds, head over to the distinctive shark fin-shaped rocks on the right as you enter the beach and a short walk will take you to rock pool ‘jacuzzis’ and small secluded coves. 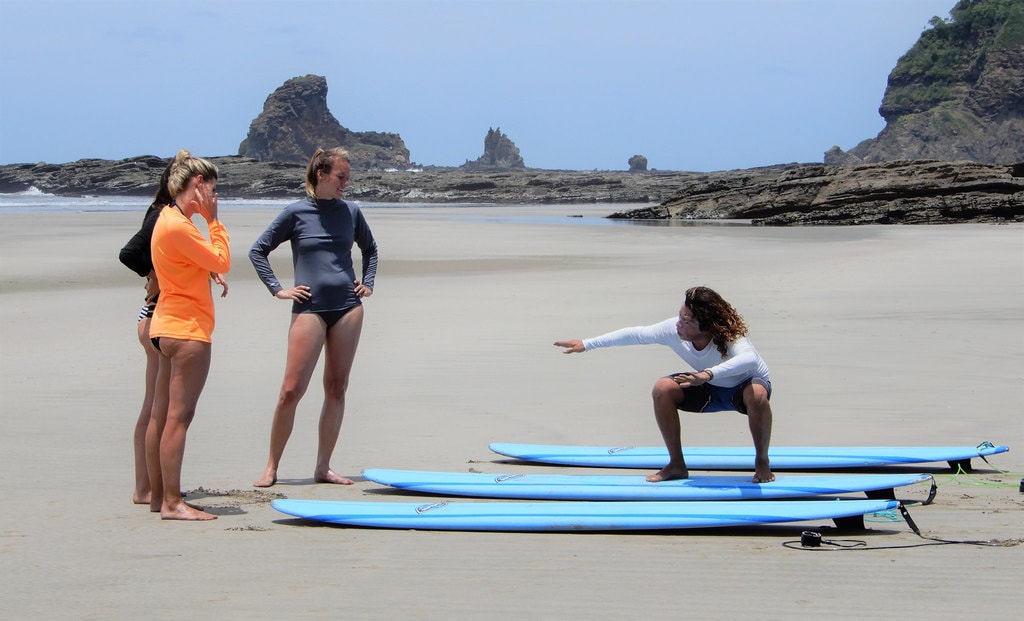 Famous as the place where the poet and priest Ernesto Cardenal founded a utopian rural community in the 1960s based on his beliefs in liberation theology, the 36 remote islands in the Solentiname Archipelago are gradually growing in popularity as more travellers learn of their stunning setting in Lake Nicaragua and the artistic talents of the islanders. On the main island of Mancarron, Cardenal’s rustic chapel is decorated with works by Nicaraguan painter Roger Perez de la Rocha, who inspired the primitivist paintings and colourful wood carvings that the islanders produce to this day. The archipelago, which is reached by boat from San Carlos, is a great place for birdwatching, bathing in the lake, meeting local artists and hiking to ancient petroglyphs.

The perfect backdrop for a jungle adventure, the tiny village of El Castillo clings to the thickly forested banks of the Rio San Juan, its historic stone fortress standing sentinel above streets of painted wooden houses raised on stilts. Built in 1675 at a strategic point above the Raudal El Diablo, or Devil’s Rapids, to protect the colonial city of Granada from marauding English pirates, the fortress was sacked many times, most notably by a young Horatio Nelson in 1780. The Rio San Juan links the town of San Carlos on Lake Nicaragua with San Juan de Nicaragua on the Atlantic coast, but most visitors stop off at El Castillo to access the nearby Indio-Maíz Biological Reserve, one of the best preserved areas of rainforest in Nicaragua. 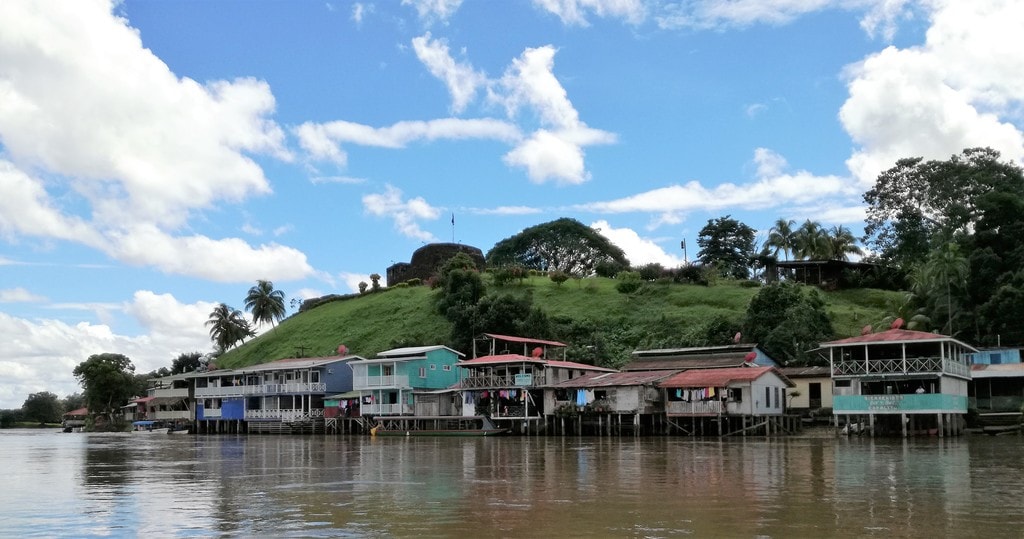 Laid back in the way only Caribbean islands can be, Nicaragua’s beautiful Corn Islands offer a change of pace to those lucky enough to visit. Located 70 kilometres (43 miles) from the mainland, Big Corn Island is best reached by plane from Managua. Don’t be fooled by the name; it’s small enough to cycle around in an hour, passing at least seven or eight palm-backed beaches with warm crystal waters and golden sands you can call your own for the day. Little Corn Island is a thrilling 40-minute panga (boat) ride away and has no cars or banks. You can walk around the island in under an hour and part of the fun is finding its hidden coves. The big draw for both islands is the diving, with experienced divers heading for Blowing Rock, a spectacular tower of coral off Little Corn that is teeming with colourful marine life. 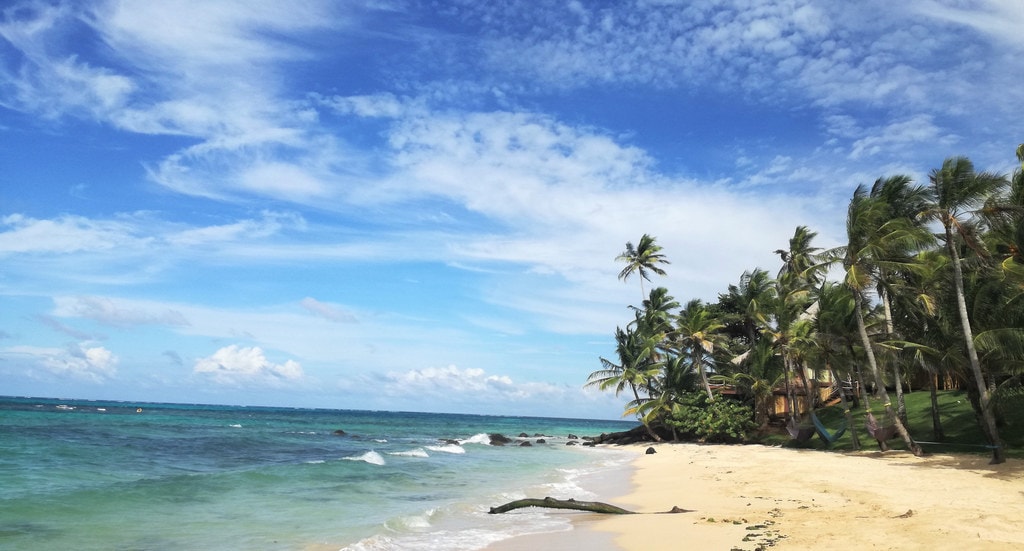 The Cliff Carvings of El Tisey

The northern city of Esteli, famous for its revolutionary murals and cigar factories, is the starting point for trips to the Tisey Natural Reserve, where local hermit Alberto Gutiérrez Jirón has created an open-air gallery of sculpted figures along a wild side of cliff on his family’s coffee plantation, El Jalacate. Inspired by a vivid dream he had as a child, Don Alberto – known locally as the Michelangelo of Nicaragua – has spent the last 30 years painstakingly carving snakes, jaguars, elephants, biblical characters and scenes from Nicaragua’s past into the rocks, using just a large nail and a stone. A sweet man with a soft voice and green fingers, Don Alberto has adorned the trails around his sculptures with orchids and fruit trees, and likes to hand out mangos and sweet lemons as he explains the inspiration behind his creations. Day trippers should include a visit to the Estanzuela waterfall on the way back to Esteli. 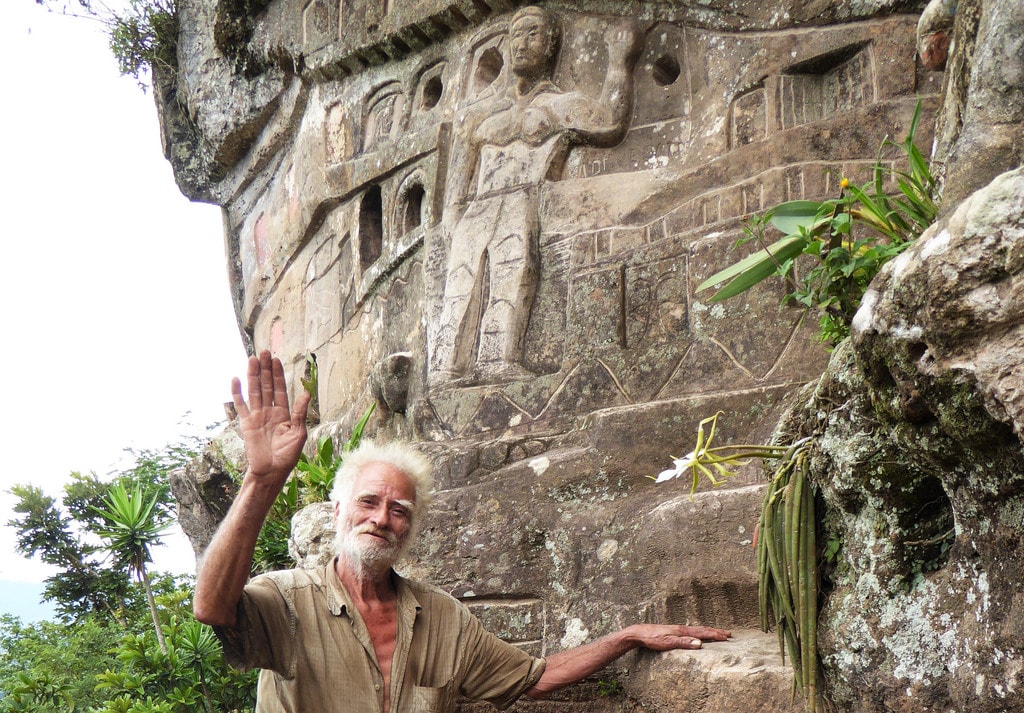 A crater lake that’s so huge the wind can whip up waves good enough for windsurfing, Laguna de Apoyo is just 40 minutes from the capital Managua and 25 minutes from the colonial city of Granada. Created some 20,000 years ago when the cone of a volcano imploded, the lake is about 200 metres (656 feet) deep and is fed by volcanic fumaroles that warm the slightly salty waters. Head for one of the beach-side restaurants where you can rent kayaks, go for a swim or just take in the views of the forested crater. Divers with a craving for a crater-lake submersion can explore the thermal vents and check out the endemic fish that live here.

There’s a little tropical island for every day of the year in Las Isletas, an archipelago of 365 mini-islands in Lago Cocibolca (Lake Nicaragua). They were formed 25,000 years ago when the top blew off Mombacho volcano, raining down huge stones and ash, which have since grown over with lush vegetation. The islands are home to humble fisher folk, whose families have been here for years, and the cream of Nicaraguan high society, who have built luxury holiday homes for weekend escapes. The perfect day trip from the colonial city of Granada, Las Isletas are usually visited by boat. If you want to explore the lake on your own, come in a kayak. There’s a Spanish fort that was built to warn of pirate attacks, a refuge for rescued monkeys, a few restaurants and some upscale spa hotels, where guests can start the day by saluting the sun on an open-air yoga platform. 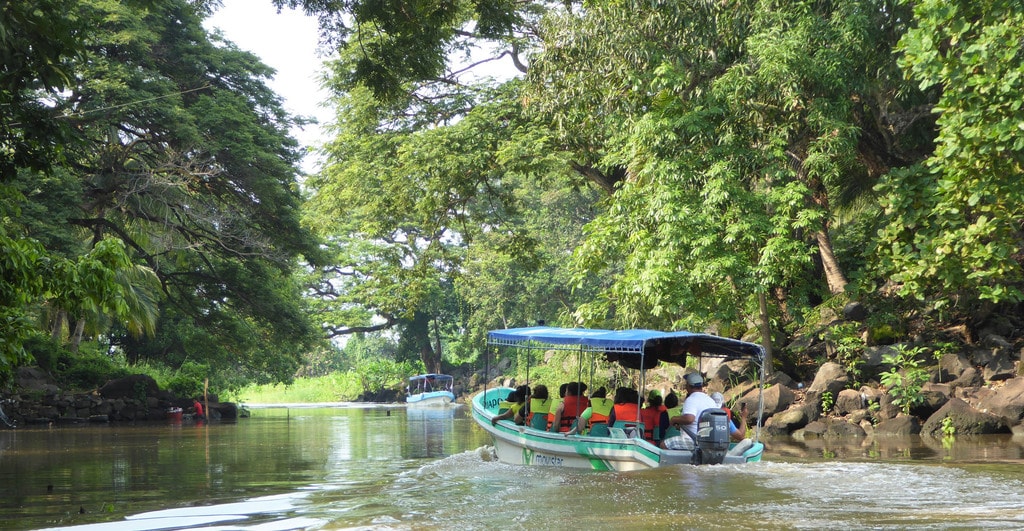 Brilliant for birdwatching, bathing under icy waterfalls, horse riding and trekking, the Miraflor reserve north of Esteli encompasses three climate zones, from dry forest to cloud forest. They are home to orchids, over 300 species of birds including shimmering green quetzals and both spider and howler monkeys. The big draw, however, are the community tourism projects on coffee cooperatives that give visitors the opportunity to live with local families, milk cows, fetch water from the well and slap tortillas into shape for breakfast before hiking the hills. 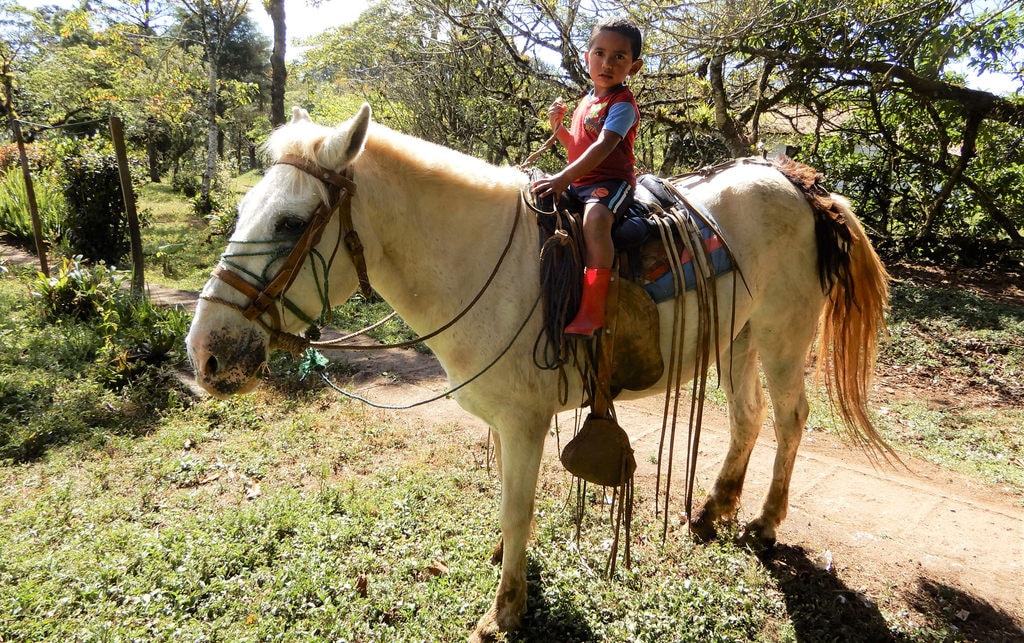