The Most Beautiful Towns In The Caribbean 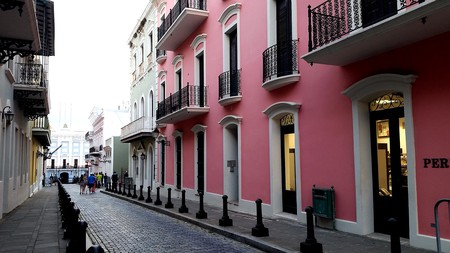 The Caribbean is known for its white sands, palm fringed beaches and crystal clear waters. It is also home to some of the most beautiful, historic and culturally rich towns in the world. Colonial architecture dominates the urban landscape thanks to the rich history of these often contested islands. Georgian houses, Napoleonic forts, Dutch buildings and old churches sit comfortably in the breathtaking tropical scenery. Take a walk with Culture Trip to discover the most beautiful towns in the Caribbean.

Old cobblestone streets, beautifully vibrant colored buildings and colonial architecture make exploring old San Juan a must for any visitor. The UNESCO site of Castillo San Cristóbal is the largest fortification built by the Spanish in the New World. Castillo San Felipe del Morro, also a UNESCO site, is a splendid 16th century citadel and a popular first stop for many visitors. Restaurants, bars, galleries and shops nestle into the picturesque streets of the old town. Best explored on foot, the streets of old San Juan offer a glimpse into Spanish old world charm with a tropical Caribbean backdrop. Be sure to visit the bar at the Barranchina restaurant, 104 Fortaleza St, the birthplace of the Pina Colada. 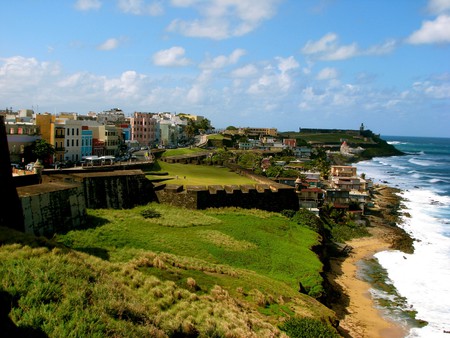 Established as a UNESCO world heritage site in 1982, the faded tropical grandeur of Old Havana, or Habana Vieja, can feel like slipping back in time. The vintage Soviet and US cars that move slowly about the streets simply add to the effect. Locals stroll tree-lined streets, passing beautifully restored baroque and neoclassical mansions and villas in this 16th century Spanish-built settlement. The old town’s boundaries are marked by the former city walls, and the docks, which were once a stopping-off point for Spanish Galleons, are well worth checking out.

Willemstad is a tropical Dutch must-see. The little capital of Curaçao is famed for its historic centre and is one of the most picturesque towns in the Caribbean. This is another UNESCO world heritage site, where Dutch, Spanish and Portuguese colonial architecture dominate. Willemstad is one of the most visually pleasing Caribbean towns to visit with floating markets, draw bridges and street cafes. Just for a moment it could all have you believe you’re in Amsterdam. 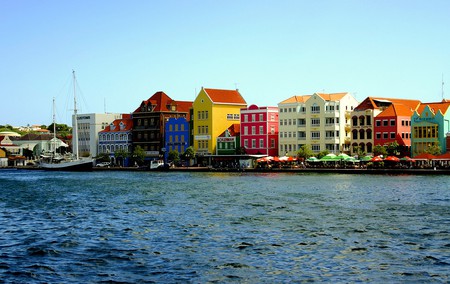 The historic town of Oranjestad is the capital of the pretty Dutch island of Sint Eustatius. The lower part of the town, closest to the shore, has many charming old ruins and some dive shops near the harbour. The upper part of the town is the commercial centre; US dollars are the common currency in this Dutch Special Municipality. A 17th century fort keeps watch over the waterfront with historic cannons. Oranjestad also has a Jewish cemetery and one of the oldest Synagogues in the western hemisphere. The old colonial buildings share the space beautifully with traditional Caribbean style buildings, lending a particular charm. This lovely town makes a good base for hiking and snorkeling, too.

The sweet smell of spices perfume the Grenadian air, so it’s no surprise that it’s known as ‘the Spice Isle’. Cinnamon, nutmeg, lemon grass, turmeric and cloves grow in abundance in Grenada’s rich, fertile hills. Originally French, Grenada was ceded to Great Britain in the 18th century and the town renamed St George’s. To one side is the sea and inland a horseshoe of hills including an old volcano crater. Georgian buildings overlook the most beautiful inner harbour known as the Carenage. Deservedly known as one of the most beautiful Caribbean towns, St George’s contains many buildings of historic interest and is best explored on foot.