The 11 Most Difficult Places To Visit in Vietnam

Lũng Cú in Hà Giang Province | © trungydang/WikiCommons
As the population of Vietnam approaches 100 million, it’s surprising that there are any remote areas left in this relatively small country. Some of the places on this list are isolated by treacherous mountain roads, while others are difficult to visit because they’re not on the usual tourist routes. Whatever the case, here are the most difficult spots to visit in Vietnam.

Let’s start in the north, where the roads snake through mountain jungles and down into valleys rich with agricultural communities. Here you’ll find spectacular sights like the Bản Giốc waterfalls and Thang Hen mountain lake. This is also the area where Ho Chi Minh gathered a revolutionary force in 1941, in Cốc Bó cave. Google Maps estimates the drive from Hanoi to Cao Bằng to be six hours, but it’s actually much longer. We recommend a night bus so you sleep through the harrowing drive. 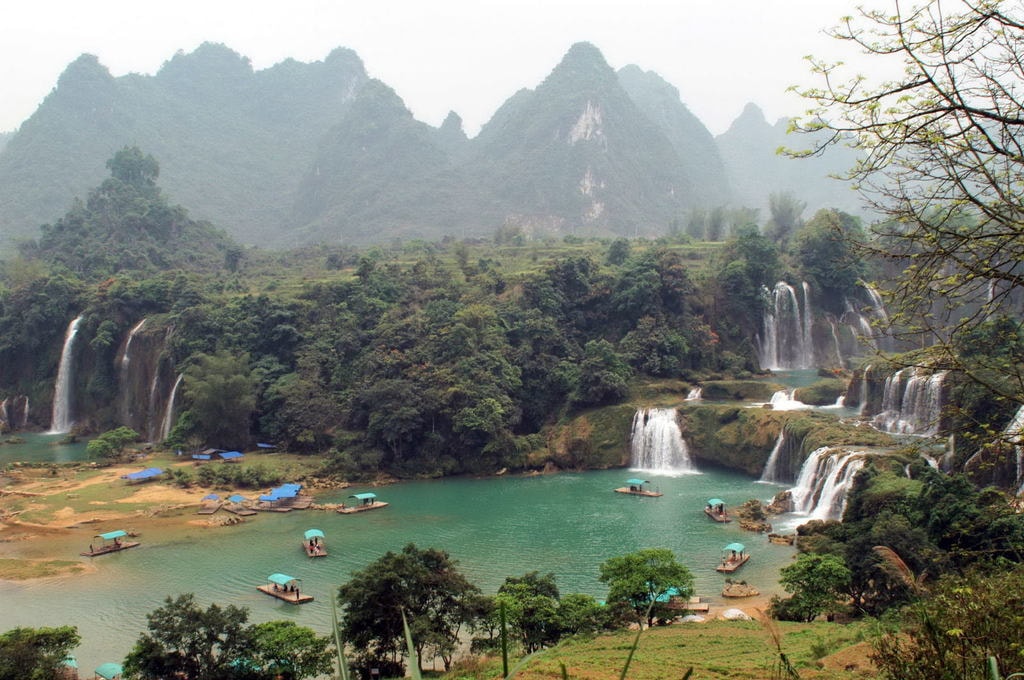 Heading west from Cao Bằng, we come to Ba Bể Lake, the centerpiece of the national park by the same name. Nestled between limestone karsts, Ba Bể is actually three separate lakes connected by channels. Because the lake is high up in the mountains, it is calm and peaceful, often shrouded in mist. The park features ethnic tribes, caves, waterfalls and scenic hikes. It’s a popular spot for tourists looking to avoid the standard backpacker routes farther south. 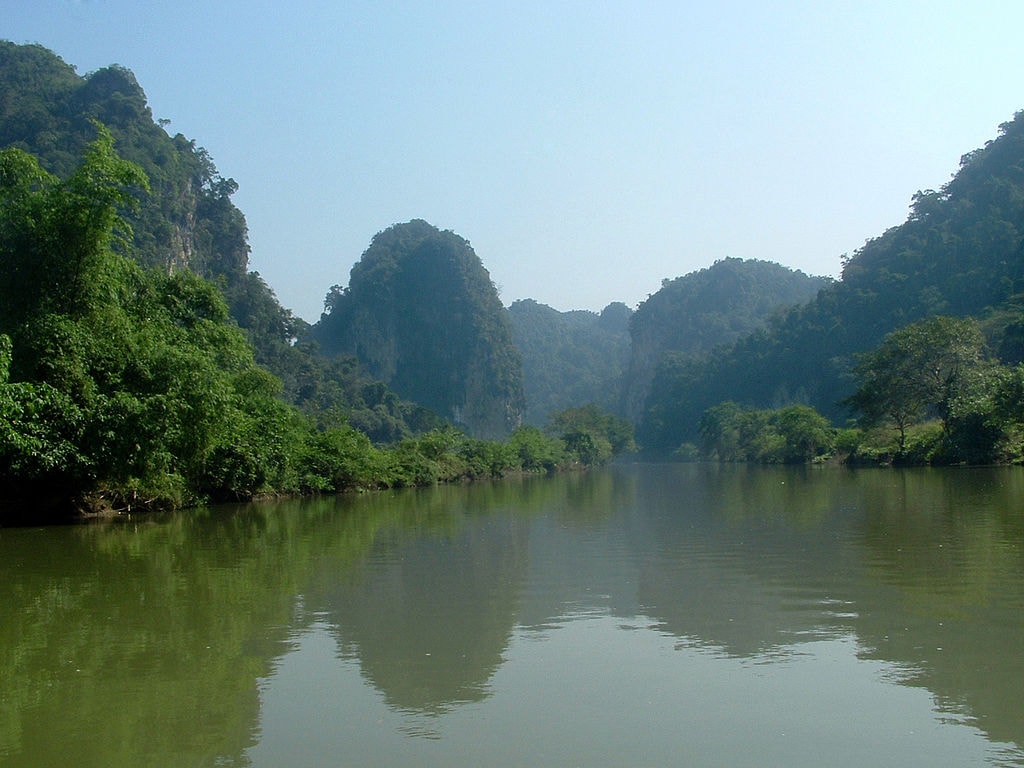 Hà Giang Province is as north as you can get in Vietnam, up near the border with China. Because of the mountainous terrain, which is poor for growing crops, this is one of the poorest areas in the country. As such, the roads are often less than ideal once you leave the main highways. But for people who like to go on wild motorbike trips, this is heaven on earth. 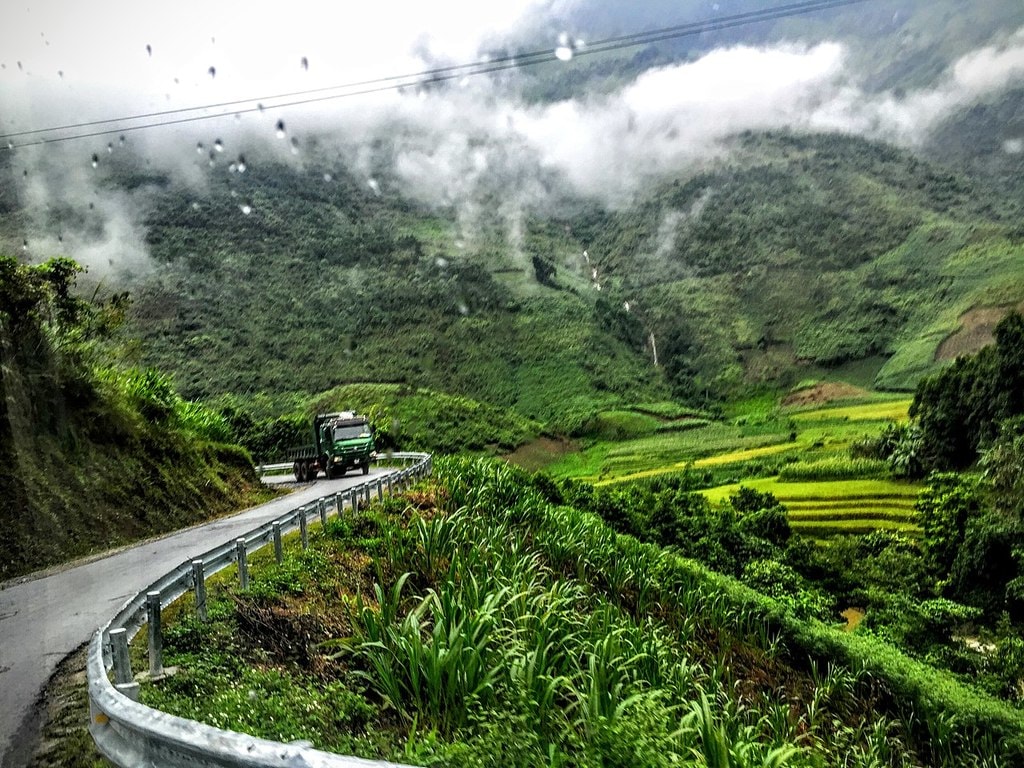 Now we’re up in the northwest region of Vietnam, in Lào Cai Province. Sa Pa is a mountain resort town, perched on the side of a hill across from Fansipan Mountain, which is the tallest in Indochina. For a real treat, rent a motorbike and drive down in the Muong Hoa Valley. Besides the amazing views, the cool mountain air will rejuvenate you. 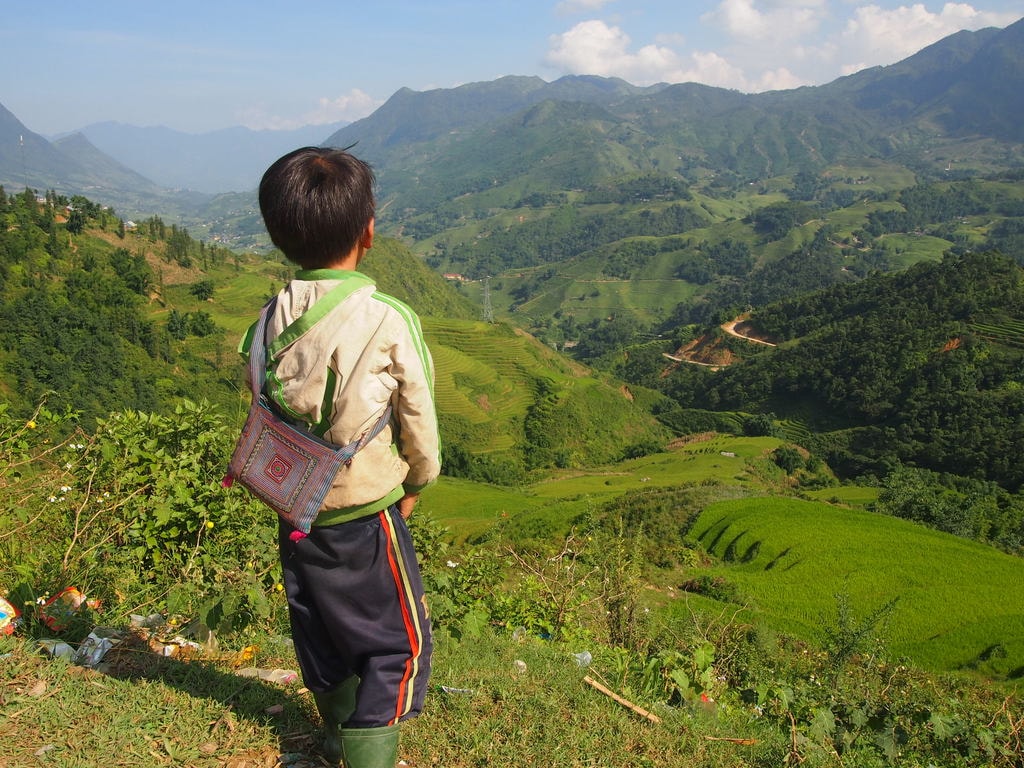 Park
Along the Annamite Range in the Pù Mát National Park | © Rolfmueller/WikiCommons
This park is a recent addition in Vietnam, only formed in 2001. Its rich in flora and fauna, home to an estimated 2,461 plant species — some of which may be new to science — as well as rare animals such as the Indochinese tiger and the red-shanked douc. While sightings are unlikely, the natural beauty of the park, along with its remote location, make this an interesting place to visit.
More Info
Open In Google Maps
Nghe An, Vietnam
+842383873374
View menu
Visit website
Visit Facebook page
Send an Email
Give us feedback

Park
Saola | © Bill Robichaud, Global Wildlife Conservation/Flickr
The Vũ Quang National Park is in the North Central Coast region, along the border with Laos. Many tourists either fly over this area, or bypass it on the train, which travels nearer to the sea. This park is home to one of the world’s rarest bovines, the saola, as well as the Giant muntjac, a species of deer only discovered in 1994.
More Info
Open In Google Maps
Ha Tinh, Vietnam
View menu
Visit website
Visit Facebook page
Send an Email
Give us feedback

Here you’ll find the final resting place of General Vo Nguyen Giap, the famous leader of the northern army during the war. The island derives its name from the swallows that make their nests here, and from the calm waters. This island is difficult to visit because many foreign tourists don’t usually come to this area of Vietnam. Plus you need to take a boat from a secluded port to reach the island. 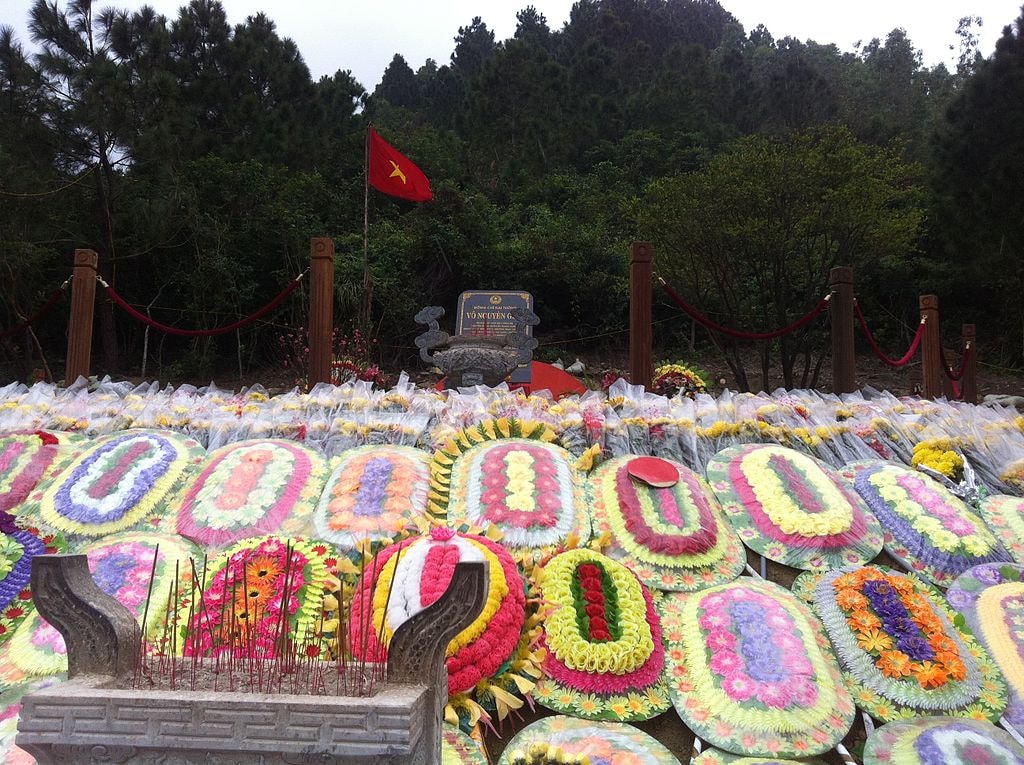 Sơn Đoòng holds the honor of the world’s largest cave. And while it’s certainly difficult to even get to the hidden entrance of this monstrous underground realm, the real challenge is getting a spot on one of the few treks the government allows. Only one company has the required permits to bring tourists into the cave. 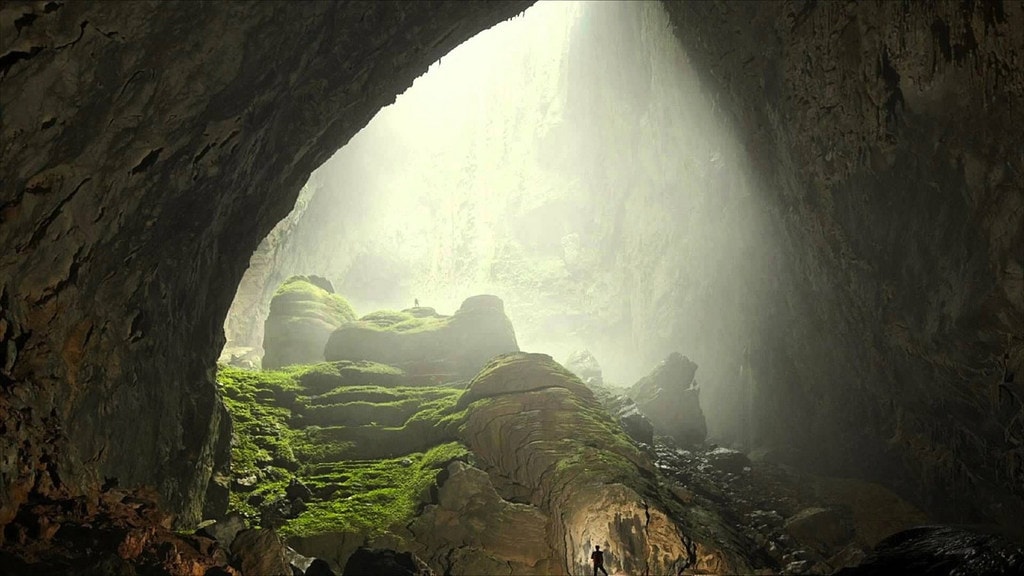 This nature reserve is centered around Mount Ba Na, which still has some French villas from the colonial days, when they established a hill station near the summit. The road to this area is notoriously bad, so only go by motorbike if you’re a confident rider. On sunny days, which are few and far between, there are spectacular views, and you might even see some of the rare birds that live here. 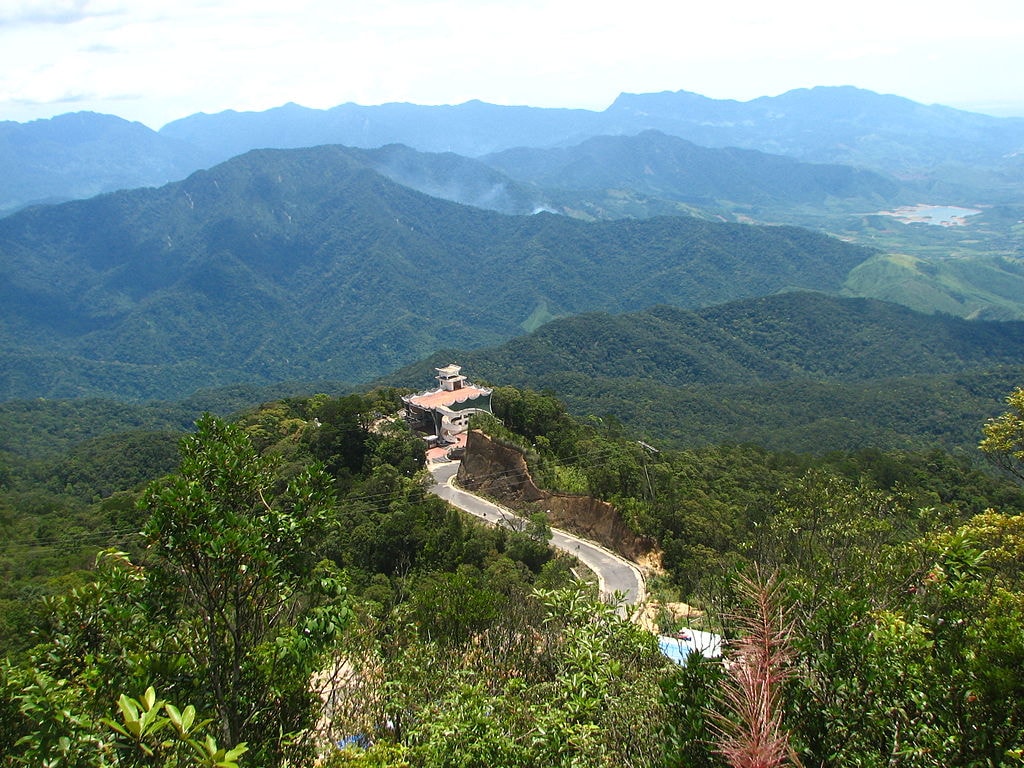 Ngọc Linh is a mountain referred to as “the roof of Southern Vietnam“. This reserve is at the lower end of the Annamite Range, which forms a physical and geopolitical border between Laos and Vietnam. This reserve is perfect for people who like to immerse themselves in nature. Many rare plants, birds and animals live here.

This island is part of the Côn Đảo Islands, which are well off the coast of southern Vietnam. And while it’s not all that difficult to fly to the main island, you’ll need to take a boat to get over to Hòn Cau. You can camp on the island as well, but you have to register with the government first. The island has some of the best scuba diving and snorkeling you’ll find in Vietnam, with many rare coral and fish. 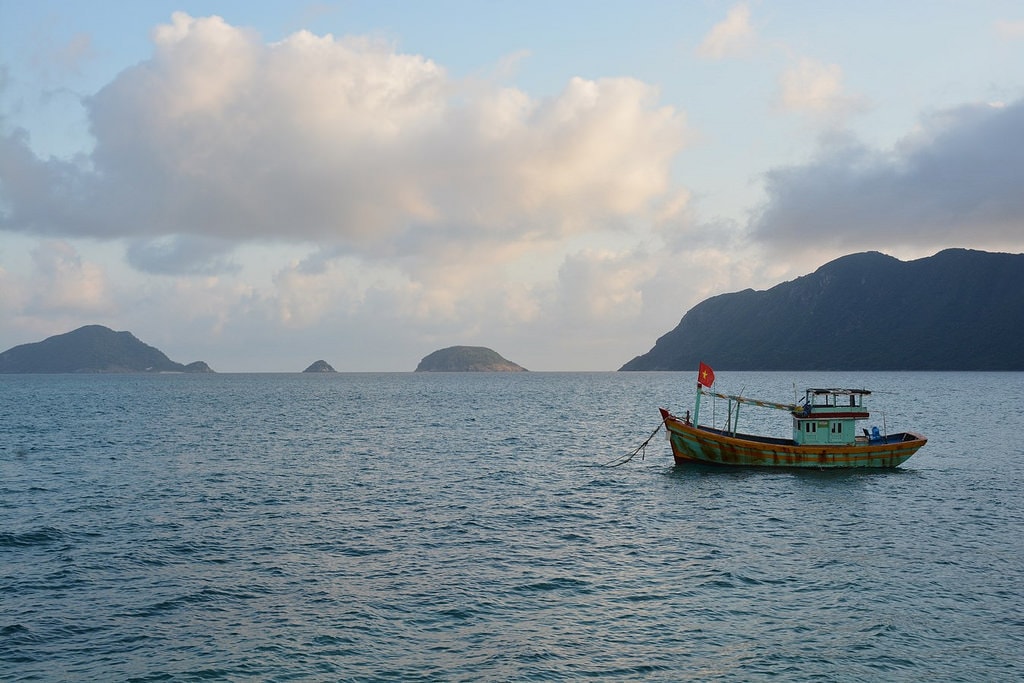