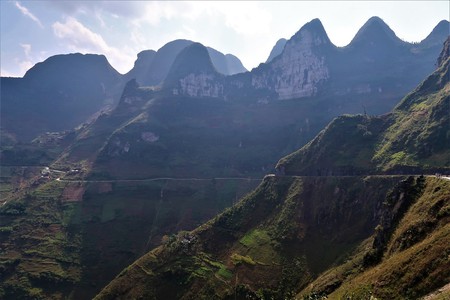 Tucked away along the Chinese border of Vietnam’s northernmost province lies a stretch of breathtakingly terrifying road unlike anything else the country has to offer. Sheer cliffs dive down thousands of feet just inches from rudimentary guardrails. Martian landscape, dark green coated by a crumbled layer of limestone, piles up in every direction. It’s the most fun you can have on a motorbike in Vietnam.

The geography of Ha Giang is unique to the province and a wild contrast to much of the north. Limestone mammoths dominate the views toward China. Smaller speckled mounts surge from rocky terrain between colorful fields in the valleys as tiny farming villages hug tightly to the rock walls. 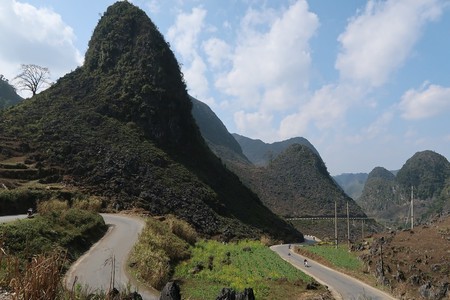 While all of the province has great riding and is popular year-round with thrill seekers, the far north offers something even more special — the Dong Van Karst Plateau. Only the second UNESCO Global Geopark in all of Southeast Asia, the landscape is over 500 million years in the making. Full days can be spent riding between stunning vistas, along narrow passages blasted into the rock, switching back and forth so tightly against massive drops that the blood in your knuckles will rush from your hands as they turn ghostly white, glued to the handle bars. In this region, between the towns of Dong Van and Meo Vac, lies Ma Pi Leng, the most amazing road in Vietnam. 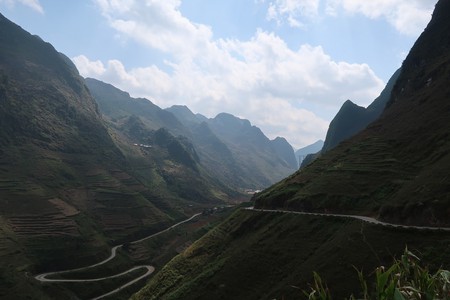 The 20-kilometer long, near-mile high Mã Pí Lèng Pass was blasted into limestone walls in the 1960’s. Originally intended to connect the towns of Dong Van and Meo Vac, the road has gained a reputation as the country’s greatest ride as motorbike tourism has flourished across Vietnam. To ride Vietnam, you need to ride Mã Pí Lèng. 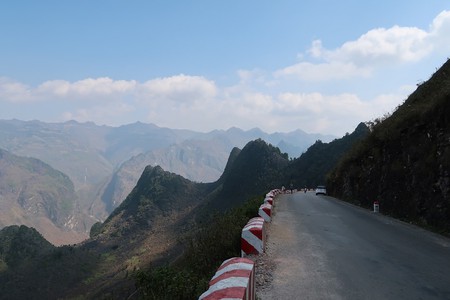 From the town of Dong Van, the pass rises up, winding through serene rice terraces to the east. The full ride could be completed in under an hour, yet most travelers spend up to a day stopping to admire the jaw-dropping scenery. Foreign backpackers join locals, mostly different ethnic minorities, as they pull to the side and take it all in. 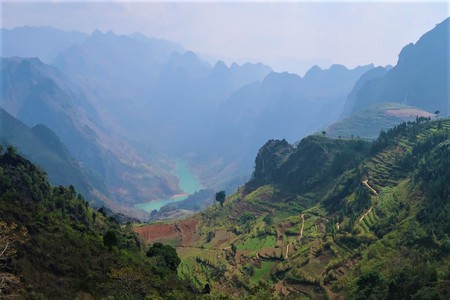 The ride only gets better as you head east. The mountains grow, the valleys fall, the road somehow clings to horizontal walls, the hairpins begin and never seem to end. Just before the largest valley comes into view, a 40-foot stone statue offers a lookout back to the west. 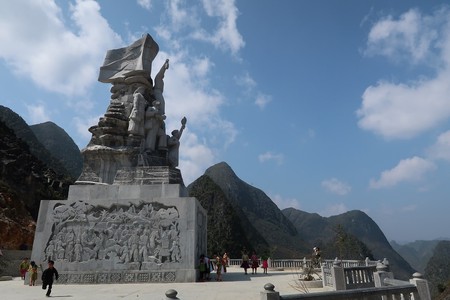 As the valley floor falls away and the river meanders thousands of feet below it can be difficult to concentrate on the road. It’s not uncommon to see foreigners and locals alike lose control and slide out as their eyes gaze over the looming mountain scenery. The twists and turns grow dark in shade before suddenly flooding with light as the sun shines between peaks. In the center of the pass there’s a platform and viewing deck down toward the river and a preposterously deep slice between limestone walls. 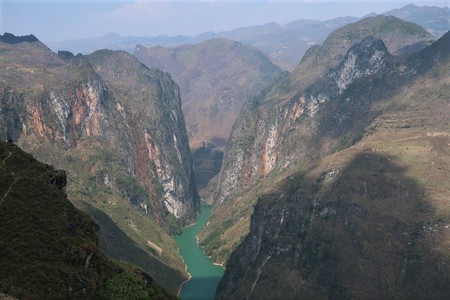 Beyond this point the road continues to perch upon its near horizontal wall as it bends in and out amongst the gorges, before finally descending down an impressive set of switchbacks toward the town of Meo Vac. 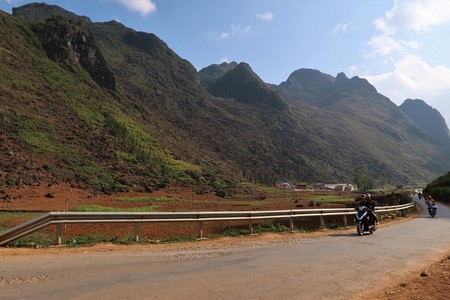