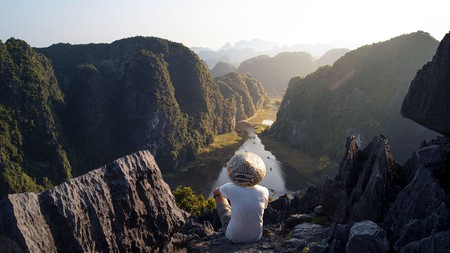 When it comes to natural wonders in Vietnam, Ha Long Bay demands a mention. But Vietnam has so much more to offer nature lovers, so let’s take a look at the mountains, paddies, lakes, waterfalls, caves and spectacular beaches you should also check out in this varied, fascinating nation.

Interested in visiting Vietnam? Let our local insider show you the best of the country during Culture Trip’s specially curated 12-day Vietnam adventure for small groups. 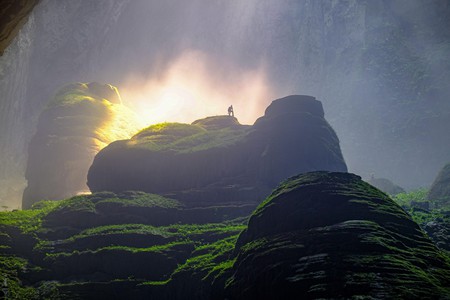 Tours into the cave – the world’s biggest by volume – aren’t cheap. The descent is tricky too, so only experienced guides are allowed to take tourists inside. You also have to climb over the Great Wall of Vietnam. This isn’t an excursion for a casual hiker, but it’s an experience to remember. 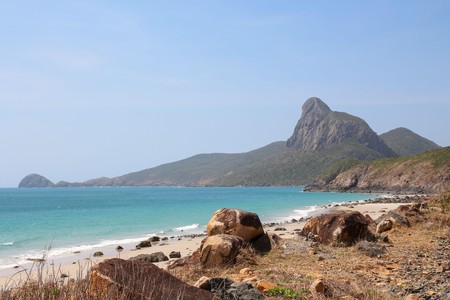 The Con Dao islands offer a coastal paradise in Vietnam

These lesser-known islands lie off the southern coast of Vietnam. In days long gone, political prisoners and other undesirables were sent here to be tortured for information. Nowadays, however, there are prime scuba diving spots and amazing hikes, plus you can check out some local wildlife such as the crab-eating macaque and the black giant squirrel. Sea turtles breed on these islands too; arrange with local park rangers to watch newly hatched babies as they start their adventures.

Paddies outside Hội An 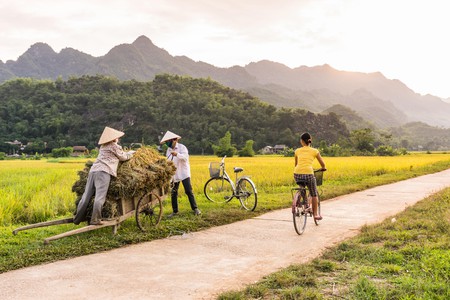 Hội An itself is a spectacle to behold, but there’s plenty of natural beauty outside the city as well. You can rent bicycles and motorbikes to go for rides in stunning paddies, where lumbering water buffaloes roam and old farmers tend the same fields as their ancestors. 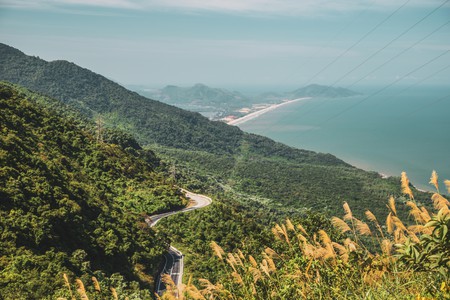 While man-made, it’s the jungles that make this road so special. It’s a serpentine stretch carved into the side of a mountain just north of Đà Nẵng that climbs over a chunk of the Annamite Range, the mountains bordering Vietnam and Laos.

Fansipan and the Muong Hoa Valley 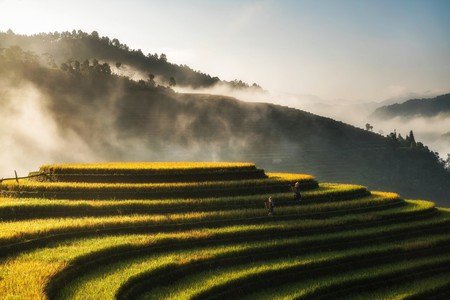 These two could each have their own spot on this list, but we’ll put them together since they can see each other. Fansipan is the tallest mountain in Indochina, looming over the town of Sapa in the far north. Below Sapa lies the Muong Hoa Valley, an amazing expanse of terraced paddies and villages. 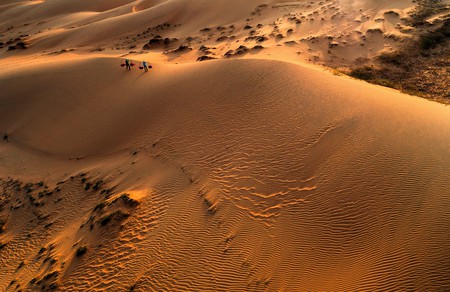 The dunes of Mũi Né make for a strange yet unforgettable experience. If it weren’t for the deep blue waters and jungle forests surrounding this area, you might think you were in Namibia or Saudi Arabia. 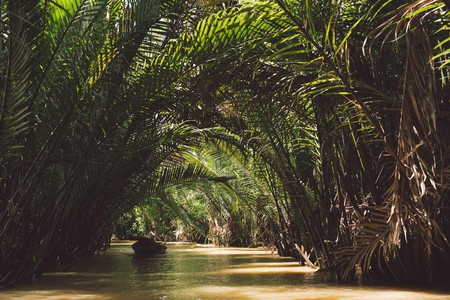 Before the Mekong River finishes its journey, it splits into a maze of rivers that give south Vietnam its unique ecosystem of flooded plains and mangrove forests. 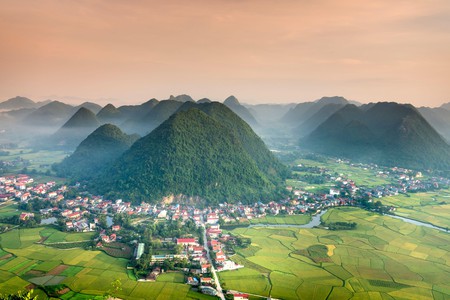 This area of odd topography and amazing views is in the northeast of Vietnam, in Lạng Sơn Province. It’s sparsely populated but ripe with beautiful scenes. 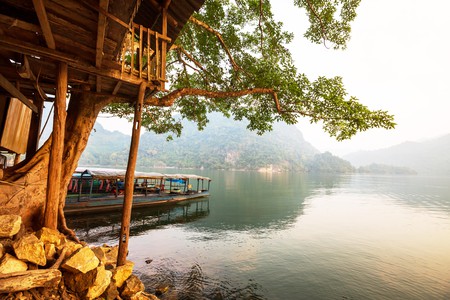 This lake is part of the Ba Bể National Park in northeast Vietnam. It’s the largest natural lake in the country, enclosed by limestone cliffs and old-growth forests. 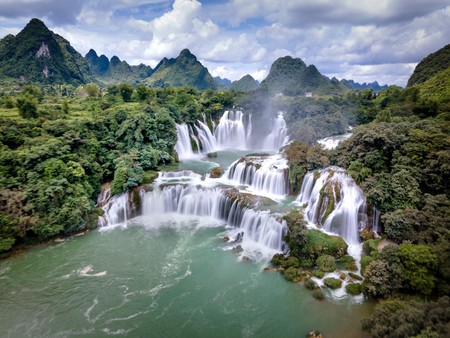 These waterfalls, the largest in Vietnam by volume, straddle the border with China to the north. Those on the more adventurous side of travelling can rent a motorbike and make the spectacular journey on their own, but there are plenty of tours and shuttles as well. 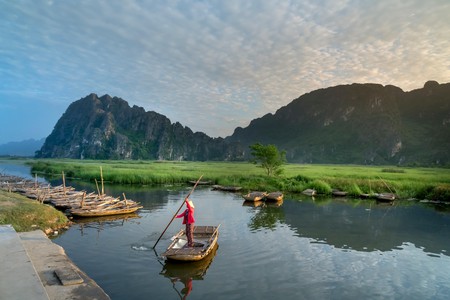 This area is best known for its jutting karst limestone formations. There’s hiking, tours of grottoes, and boat rides along the rivers. For some of the most picturesque views, head to the town of Tam Cốc. 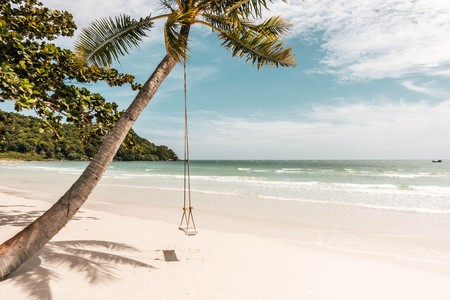 Phú Quốc Island is found off the southern coast of Vietnam, near the border with Cambodia. For many, this island has the best beaches in the country and although developments are swallowing much of the coastline, the island still has a chill vibe for those looking to relax. 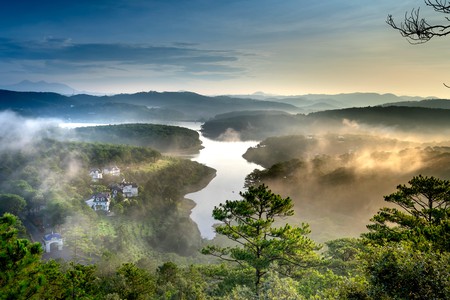 This little mountain village was once a cool weather playground for the colonial French in Vietnam. Nowadays, it’s a favourite honeymoon destination for young lovers from the south. Tour companies offer many different excursions out to see the hills, lakes and farms around the outskirts of the city.

It only takes two hours to get to these islands from Hội An or Đà Nẵng, but there aren’t many places to stay overnight. Life on these islands is significantly more laid-back than the rest of Vietnam, which is why they are popular with people looking to slow down after some time in the cities. You can visit with Culture Trip as part of our exclusive 12-day Vietnam adventure, led by our local insider.