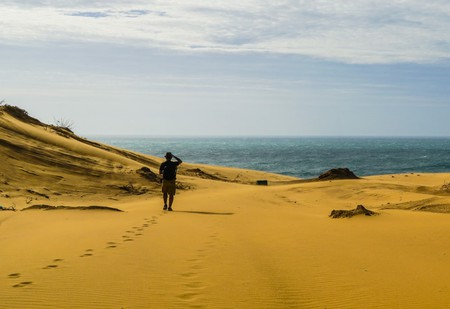 Mũi Dinh is a relatively unknown lookout east of Ho Chi Minh City where developers have big plans in mind. But for now, it’s a quiet area where you can find secluded beaches, seafood and spectacular views of the hot, dry landscape. Here’s why you should visit Mũi Dinh.

For those of you who enjoy peace and quiet as you swim on undisturbed stretches of beach, the coastline around Mũi Dinh is mostly undeveloped, with many little alcoves to explore. You may need to do a bit of off-road driving to get there, but you’ll be glad you did. 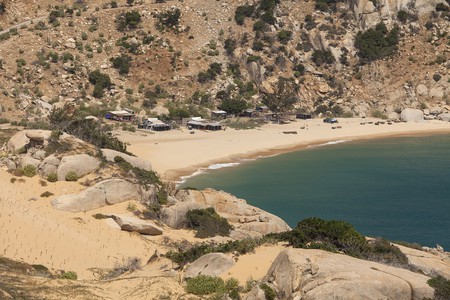 See where dragons came to die

According to legend, the area around Mũi Dinh is where dragons once came to die. The heat and agony of their demise baked the land into the harsh desert we see today, and their bones became the cacti and boulders that scar this harsh area.

The road through Mũi Dinh used to be a bit sketchy, but they’ve recently completed a coastal highway to connect Phan Rang and its beachfront resorts to the sleepy fishing village of Cà Ná, so there’s no need to worry about road conditions anymore. That means you can enjoy the windswept views with peace of mind. 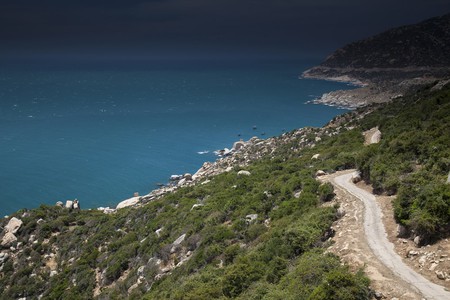 It’s along a popular motorbike route

And while we’re on the topic of driving, Mũi Dinh is part of one of the best motorbike routes in southern Vietnam. Many people opt for the mountain routes through Đà Lạt and Pleiku, but the coastal roads offer their own adventures, with vast stretches of empty coastline and little fishing villages. Learn more about the route through Mũi Dinh here.

Plans for an Ecopark

Architectural firm Chapman Taylor recently announced plans for a massive Ecopark to be built along the coast at Mũi Dinh. The plans include six resort hotels and 500 beachfront villas, as well as a theme park and casino. This will drastically change the feel and look of the area, so depending on when you’re reading this article, you either need to see this area before it changes, or have a look at this colossal new development. 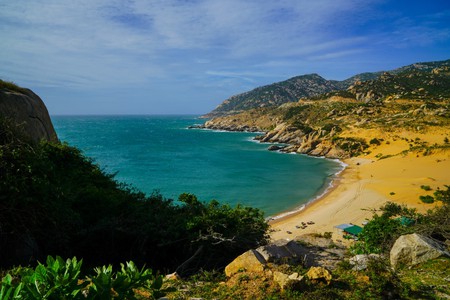 The weather is relatively stable

For most regions in Vietnam, the time of year is an important consideration when it comes to travel. In northern Vietnam, there are months when you’ll find yourself shivering as flurries dust the ground, and in the southern provinces, you may very well find yourself knee-deep in murky rainwater for the duration of your holiday. The nice thing about Mũi Dinh, however, is that the weather is fairly stable. It’s hot and dry pretty well the whole year round.

Just north of Mũi Dinh is a sun-baked village where they’ve been fishing the sea for many generations. Faded coracles sit near the shore, waiting for wiry men to maneuver them over the waves, using figure eight motions to propel themselves and their nets to where the calmer waters await. It’s mesmerizing to watch these boats in action. 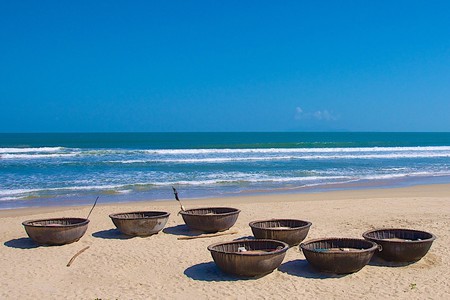 Along the highway both north and south of Mũi Dinh, you’ll find several seafood restaurants serving dishes caught from the nearby waters. One of the most amazing experiences in Vietnam is eating tasty seafood within eyesight of the blue fishing boats that caught your meal.

For a glimpse at the past, head to the colonial lighthouse and see where ships moved along Vietnam’s rocky coastline over a hundred years ago. The building itself isn’t all that impressive, but when you combine its history with the amazing views, this spot is worth the journey. 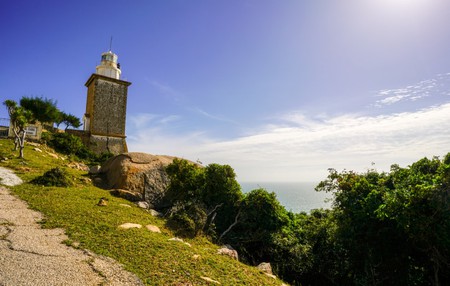 There are many quiet places around Mũi Dinh for those of you who like camping. All you’ll need is your own equipment – easy enough to find in Ho Chi Minh City – and a bit of cash in case somebody asks you for a small fee, which is normal.

If you’re sick of highway driving on your motorbike, then check out the Tanyoli Amusement Park, south of Sơn Hải. They have dune buggies, ATVs and a huge off-road course where you can let loose and have some fun. And at night, join them for their beach party, where dancers put on a show in front of a huge bonfire. 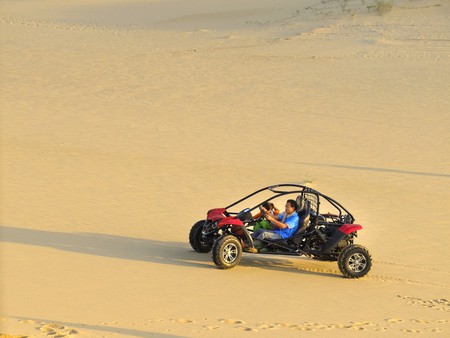