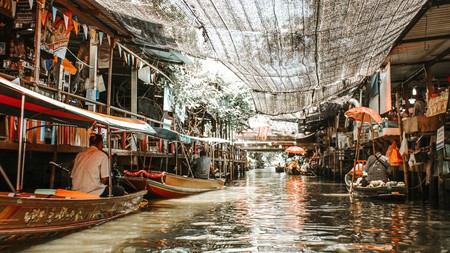 Culture Trip invites you to indulge in a spot of cloud tourism and experience the sights and sounds of a place without leaving home. Now, hop aboard our virtual tuk-tuk and let’s take a turn round Bangkok.

Bangkok is one of the world’s most widely visited cities, and foreign travellers can usually be found scooting around in tuk-tuks, feasting on street food and wandering through the temples and palaces.

Here are five ways to acquaint yourself with the Big Mango from the comfort of your own sofa. So why not prepare some Thai food, listen to some of Bangkokians’ favourite music to get you in the mood, and learn a few Thai phrases in preparation for going there IRL. Read on and you’ll get an idea of some of the energy that normally pulses through Bangkok.

Introduce yourself to the Thai capital’s quirkiness with a look through Very Bangkok (2016) by Philip Cornwel-Smith. It’s a follow-up to his similarly captivating Very Thai (2005), with both of these works honing in on the details that give the Thai capital a character found nowhere else. They share the pop culture, superstitions and unexpected style of everyday Bangkok and Thailand. 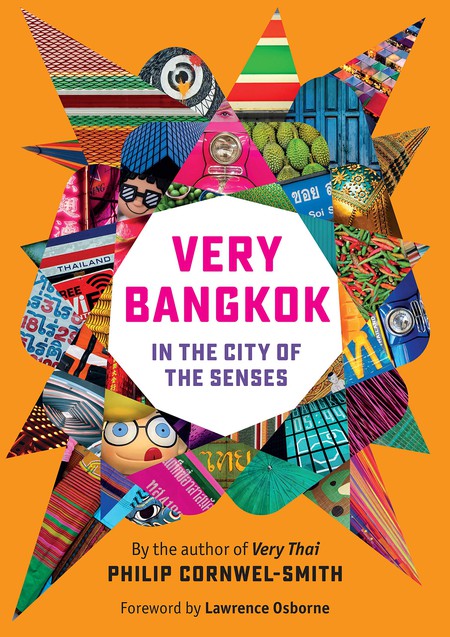 ‘Very Bangkok: In the City of the Senses’ by Philip Cornwel-Smith | © River Books

If you want to read deeper into Bangkok, from the food to the history and the penchant for politeness, add a copy of Bangkok Found: Reflections on the City (2009), by Alex Kerr. It leads readers through a cascade of cultural insights coupled with evocative thoughts from an author who has spent much of his life travelling back and forth between Japan and Thailand.

If you ask me, tom yam tops the list of quintessential Thai dishes – and this sour, spicy soup is not too hard to make at home. Simmer the lemongrass, galangal, kaffir lime leaves and nam prik pao chilli jam, to name some of the crucial ingredients, and you will enjoy the aromatics that steam from kitchens all over Bangkok. In Thai, that would be called ahaan hom – “a sniff kiss from the food”.

Several quality tom yam recipes are found at SheSimmers, a blog by Thai food aficionado, Leela Punyaratabandhu, who also wrote Bangkok: Recipes and Stories from the Heart of Thailand (2017). Finding the ingredients for tom yam can be tough at supermarkets in Western countries, but the Asian food shops still trading in many areas will likely have what you need. 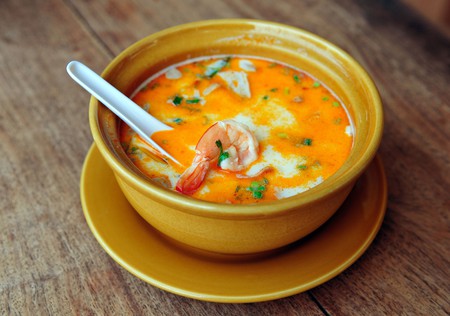 Lift yourself up with the traditional harmonies of Northeast Thailand, or Isaan, from The Paradise Bangkok Molam International Band. It’s one of the more talented ensembles that has introduced mor lam music, long-loved by many working-class Bangkokians, to an international audience. Listen for the high-pitched tones of the khene, a free-reed mouth organ that has been livening up Thai and Lao parties for centuries.

Classic rock enthusiasts might prefer Carabao, which an old Thai friend of mine describes as “the Rolling Stones of Thailand”. Those into hip-hop should check out 19Tyger and ElevenFinger, a pair of emerging artists taking pride in Khlong Toei, Bangkok’s largest slum. For something poppier, give Palmy a try. And since you can’t go to the islands, let Job 2 Do bring island vibes to you via reggae tunes that have accompanied many a Thai beach holiday.

Watch and freak out a little?

With Thai food in your belly and the Thai music party winding down, it’s time for an actual glimpse of Bangkok. Plenty of English-language movies were partly shot in the city, from The Beach (2000) to Bangkok Dangerous (2008) and The Hangover Part II (2011). But to actually learn something about Bangkok while getting a feel for its multi-dimensional atmosphere, look to Thai-language films. 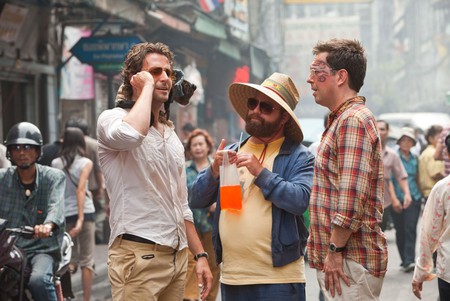 Horror enthusiasts should try Phi Mak Phra Khanong (2013), a modern take on a centuries-old ghost story that many Thais believe actually took place by a canal in what is now part of eastern Bangkok. Another exceptional thriller – yes, many Thais love a good fright – is Shutter (2004), a film about a ghost that haunts a Bangkok photographer’s images. For some comic relief with suspense, go for Ruang Talok 69 (1999), which begins with a big box of cash mysteriously dropped at a woman’s Bangkok apartment. If you’re into independent art-house films, Last Life in the Universe (2003) resonates long after you finish it.

Speak and be strong

On a trip to Bangkok you would hear the melodically tonal Thai language at every turn, so why not learn some Thai phrases at home? A good one to start with is mai pen rai, often translated as “never mind” or “no worries”. Another that exemplifies Thailand’s laid-back nature is sabai, meaning “relaxed”. If you want to make it clear that you’re chilling out to the bone, say “sabai sabai”. Add a third “sabai” and people might think you’ve reached relaxation overload.

Thai people greet each other with a wai – palms placed together at the head to go with a subtle bow. When practising social distancing, this is a great way to avoid a handshake or hug while still showing love and respect. 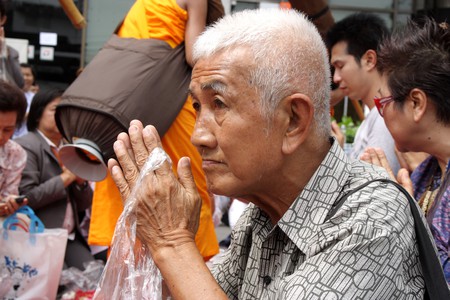 The wai is normally accompanied by the term sawasdee, meaning both “hello” and “goodbye”. Since the arrival of Covid-19, you’ll often hear su su instead. It means “keep fighting”. Or, to use another translation, “be strong”. Bangkok will be waiting for you when it’s finally time to travel again.