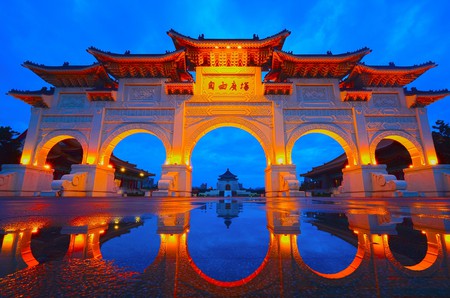 Taipei is now one of Asia’s most popular tourist destinations, with Taiwan’s capital city seeing tourist numbers increase dramatically over the last decade in particular. Whether it’s the amazing buildings or the unique shopping experiences that form part of the attraction, here are twelve reasons we believe Taipei warrants a place on your travel bucket list.

The perfect hosts, the people of Taipei are so eager to engage with their tourist visitors that it’s not uncommon for locals to strike up conversations with a complete stranger in the street. This is particularly true if said stranger is entangled in the accoutrements of a tourist and looks quite lost. Visit Taipei just once, and you’re guaranteed to make at least one local friend for life.

It matters not what neighborhood your hotel is in or how close it is to a night market, take a walk down a Taipei street, and within fifty paces you’ll find a street vendor selling something delicious on a stick. The street food in Taipei is beyond compare. Of course, many will point out that other cities in Taiwan are just as diverse in their streetside culinary delights, but in Taipei, there’s just so much to choose from. 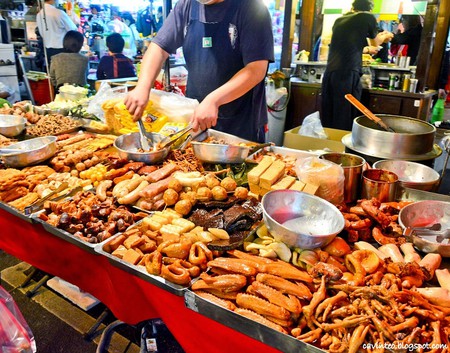 Quite possibly the single most important aspect of a Taipei resident’s choice of home is the proximity to the local night market. Less than a five-minute walk is ideal, while a five-minute scooter ride is acceptable – anything else and a landlord has no chance renting out that nice apartment. The night markets of Taipei are a rather pleasant assault on the senses – the sounds, the smells, the tastes, and the sights are things that once experienced, are never forgotten.

Sure, everyone thinks of Taipei 101 when they consider a trip to the Taiwan, but in truth, the one-time tallest building in the world isn’t actually the most impressive Taipei has to offer. From the incredible Grand Hotel to the stunning Longshan Temple, there’s much more to Taipei’s architecture than a single skyscraper. 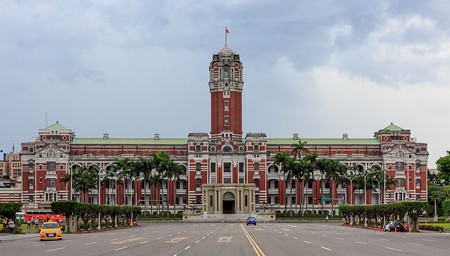 Taipei has a reputation as a city that never sleeps, and the clubs throughout the capital do their best to maintain that position of renown. Quite often going until dawn, a night out clubbing in Taipei usually ends with a ride home on the next morning’s MRT metro. From salsa to hip hop, if it’s worth dancing to then there’s a club in Taipei that’s playing your tune.

As the capital city, Taipei has many of the leading museums in the country. The National Palace Museum is home to one of the largest collections of Chinese imperial artefacts in the world, while the National Taiwan Science Education Center is full of interesting exhibitions and activities. 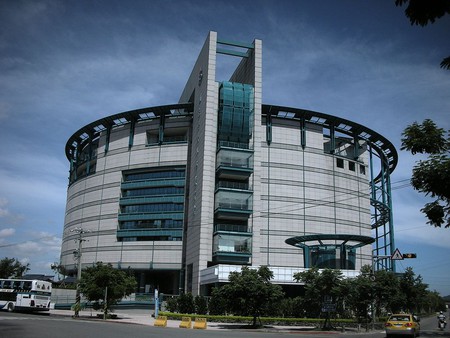 The people of Taipei live in a built-up city with a lot of traffic, but to counterbalance this, the government has made sure that there are plenty of green spaces throughout the capital. From the huge Da’an Forest Park to the many riverside parks and their endless cycle paths, Taipei has plenty of spots to get away from the bustle of city life.

From thrift stores to designer boutiques, the shopping possibilities in Taipei are endless. The many night markets offer incredible savings on budget clothing, while the city’s huge number of department stores stock all the latest fashions from the world’s biggest brands and labels.

For the busy citizens of Taipei, a much-needed caffeine shot is never more than a few minutes’ walk away as the city is crammed with innumerable cafés and coffee shops. While it’s tea that the country is most often associated with, it’s coffee that its capital city’s residents imbibe in great quantities.

No matter the budget, Taipei has the right souvenir for you to take home from your trip. Try the Taiwan Handicraft Promotion Center located near Taipei Main Station for souvenirs to suit all tastes.

Not to be confused with the night markets, Taipei has quite a few other markets where visitors can buy everything from stunning pieces of jewelry at the Jade Market to the latest parts for your computer at Guang Hua Digital Plaza.

Head out on the MRT to Xinbeitou, and you’ll find that there are scores of hotels that offer both private and public hot spring facilities. It’s the best way to relieve the stress of a long-haul flight or your days and nights of hitting the markets around the city.