The Breathtaking Ifugao Rice Terraces of The Philippine Cordilleras 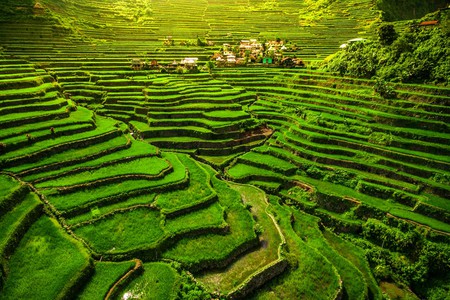 Every nature lover about to visit the Philippines should include the Ifugao Rice Terraces of the Cordillera region on their itinerary. This bucket list worthy destination is not just among the country’s must-visit attractions that will take your breath away, but its origin will also leave you fascinated.

The Rice Terraces of the Cordilleras – the pride of the Ifugaos

Located at the foot of the Cordillera mountain ranges, lies the province of Ifugao. And whenever Filipino locals hear the word Ifugao, the striking image of the Rice Terraces (also known as Mga Hagdang-Hagdang Palayan) comes to mind. These terraces are reported to cover around 4,000 miles and its length is roughly half of the Earth’s circumference – approximately 12,500 miles. 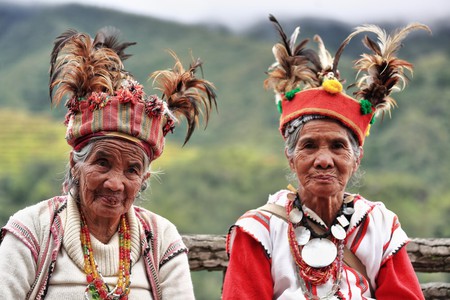 Ancestors of the Ifugao tribe carved thousands of these step-like terraces in the mountains with their bare hands – thus, creating a beautiful sight that people often refer to as the “Eighth Wonder of the World.” The Ifugao tribe belongs to the bigger group of the Igorots, which comprises numerous tribes in the northern part of the country. They are popularly known as rice cultivators and their tribe has lived on these mountains for more than 2,000 years.

The presence of these historic terraces is said to be among the few monuments that were not influenced by colonial cultures. Since the Igorots lived in the mountains, they were not reached by Spanish or American colonizers because of the difficult terrains. Hence, they were able to retain their customs, culture and traditional practices.

According to historical accounts, it is believed that the Rice Terraces have been carved by the Ifugaos between 1,000 to 2,000 years ago. Despite conflicting records, some reports mentioned that their terracing practice began with taro cultivation (which was later replaced by rice). To carefully carve the contours of the mountains and construct these terraces, they had to use stone or mud walls. Such practice was handed down from generation to generation yet according to reports, there were no written records on how they structurally built the terraces. Apart from that, they also established an irrigation system to water these terraces. 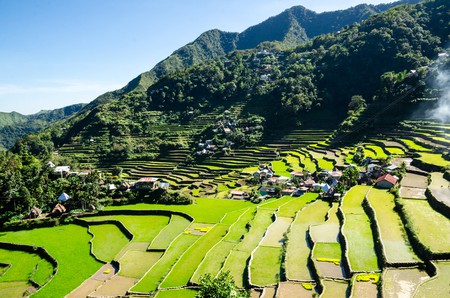 Contrary to popular belief, the Banaue Rice Terraces is not part of UNESCO’s World Heritage Sites. While it’s one of the most prominent and highly-visited tourist spots in the country, it didn’t make the list primarily because of the presence of numerous modern structures within the area. Nonetheless, the Banaue Rice Terraces alongside several rice terrace clusters are considered a National Cultural Treasure in the country – being a part of the Ifugao Rice Terraces.

Preservation and protection of the Rice Terraces

Years after being declared a National Cultural Treasure in the ’70s and included in the World Heritage List of UNESCO, it was later inscribed in the List of World Heritage in Danger in 2001. According to reports, this was due to the threats brought by neglected irrigation systems, climate change, and modernization. 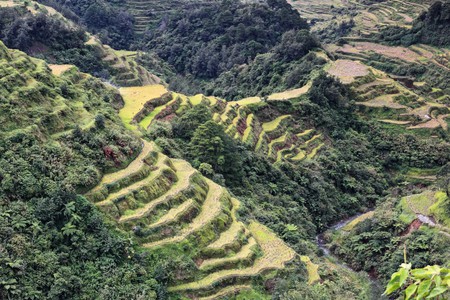 Additionally, some of the younger Ifugaos opt not to practice and follow the farming tradition passed onto them. But, after the National Heritage Act was passed and due to the country’s efforts to restore the area, the Rice Terraces were removed from the endangered list in 2012.

If you’re hoping to catch sight of the breathtaking view brought by the rice terrace clusters, remember to reflect on the creativity and relentless hard work of the ancient Ifugaos who hand-carved the Rice Terraces. While the amphitheaters of rice fields are admirable and fascinating, do not forget to show appreciation and recognize the people of Ifugao who continue to maintain the fields.