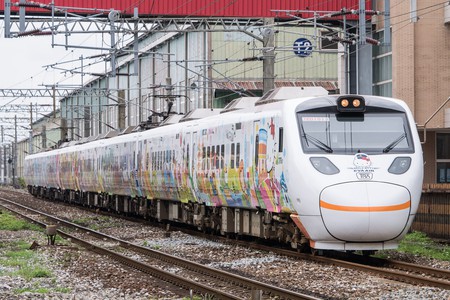 Just when you thought Japan had done it all, with laser-fast bullet trains that bark like dogs and snort like deer, they come out with a brand new creation: cat trains of a slightly different sort. This summer, you can explore the country on a line of limited edition Hello Kitty shinkansens.

A collaboration with Sanrio, the company behind the popular mouthless feline icon, the trains will connect the cities of Osaka and Fukuoka. It’s hoping that the attention that these trains receive will reinvigorate interest in the route between these two impressive, though sometimes overlooked cities.

Kitty has over eight 500-series cars that travel along the line. These decorated trains will feature Hello Kitty-style decoration on the interior and exterior of the train. Car 1 of the train will be dedicated to selling locally made snacks and goods, while car 2 will be filled with super kawaii Hello Kitty paraphernalia.

This is far from the first time Japan’s most favourite kitty has dabbled in the world of locomotives. In 2016, Taiwan’s Taroko Express had a Hello Kitty makeover, while Tokyo’s Tama-Center Station is a hotbed of Kitty action – the station is adorned with Hello Kitty safety stickers, a Hello Kitty lift and even a stained glass window dedication.

The nation’s love of cats clearly has no limits – last year the nation launched the cat café train, created designer cat furniture and gave birth to the cat kimono craze.

These aren’t the only Hello Kitty public transport options that you’ll soon be spotting around Japan. It’s said that Sanrio has already teamed up with an airplane company and sightseeing bus operator to create other Hello Kitty-covered modes of transportation.