The Best Cities and Towns to Visit in Central India 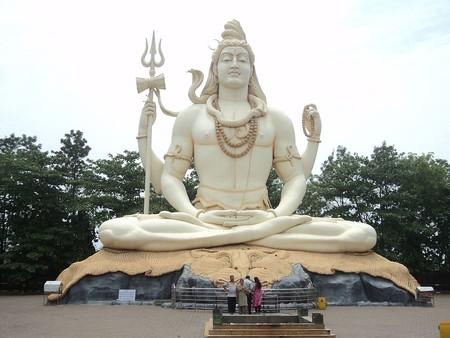 The heart of India, i.e. Central India, comprises the states of Madhya Pradesh and Chhattisgarh. Being famous all over the country for a rich historical background, these states have a lot to offer when it comes to tourism. Here is a list of the top towns and cities of the two states that you must visit to catch a glimpse of the culture and lifestyle prevalent in the central region.

This is a royal town situated on the bank of River Betwa, and has many remains that reflect the traditions of the ancient Bundela Era. The architecture of the place attracts history buffs every year. The Orchha Fort Complex, Lakshminarayan Temple, Chaturbhuj Temple and Phool Bagh are the must-visit attractions. You may even enjoy a walk to the Elephant Stable here. Watching the sunset down the Betwa river is also something that you can experience in Orchha. Don’t forget to attend the evening aarti at Ram Raja Temple. 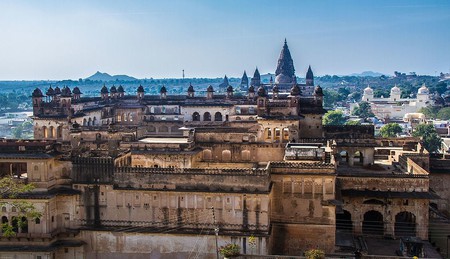 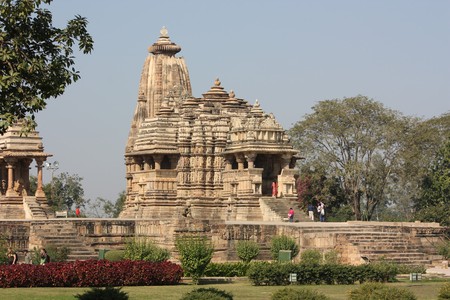 Known as the temple town of Madhya Pradesh, Ujjain is the ideal spiritual retreat for people seeking repose. Majorly, the city consists of a number of Hindu temples that have beautiful architecture from the ancient Bundela period. If you wish to spend some quiet and serene time, and feel the tranquility around, you may go to the banks of Kshipra River. To witness the city in its true colors, you must come here during the Kumbh Mela, which is the largest religious Hindu fair. 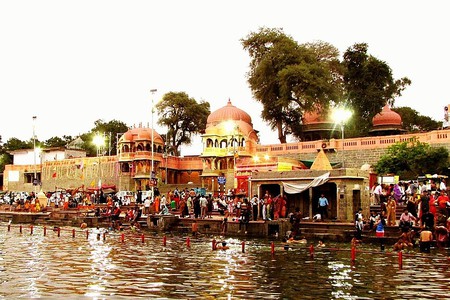 Gwalior played a major role in the Rebellion of 1857, and also hugely contributed towards the rich history of India. The Gwalior Fort is considered one of the best fortresses in India, and has seen the rule of many dynasties in the past. Man Singh Palace, Sahastrabahu Ka Mandir, Teli Ka Mandir, Gujari Mahal, and Assi Khamba Ki Baoli are the places to be visited inside the fort complex. Jai Villas Palace Museum is also a center of attraction. If you happen to visit the city during the month of December, then you can even attend the Tansen Music Festival. 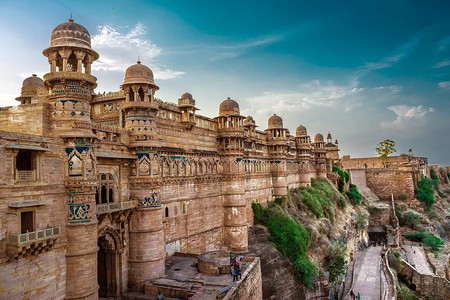 Though a small town in the state of Madhya Pradesh, Maheshwar is commonly referred as ‘Varanasi of Central India’. It is situated on the bank of River Narmada, and is a famous spiritual hotspot. Here, you can explore the Ghats, the Maheshwar Fort and the Ahilyabai Temple. The early morning view of the Narmada River from the ghats is a must-watch. On your visit to the town, you can even shop for beautiful Maheshwari sarees and other souvenirs. 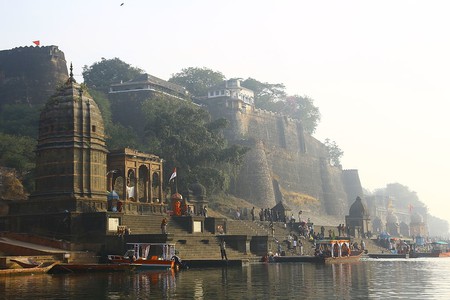 One of the 12 Jyotirlingas (devotional representation of Lord Shiva) in India, Omkareshwar, along the bank of River Narmada, is another spiritual place in Madhya Pradesh. For a closer look at the spiritual side of Central India, you must definitely pay a visit to this town. Such is the restfulness of the place, you would want to spend more and more time when you get here. You can visit the Okareshwar Temple and stroll around at the Gomukh Ghat. 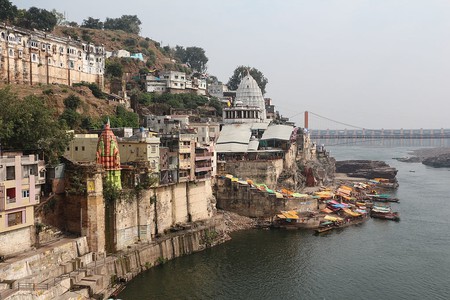 Famous as the commercial capital of Madhya Pradesh, Indore is another important city that you must visit on your trip to the central region. From temples and palaces to museums and parks, with the right blend of historic and modern world, the place has everything you would want to explore. Rajwada, Choki Dhani and Kaanch Mandir are the famous places to see here. You can also visit MHOW (Military Headquarters of War). 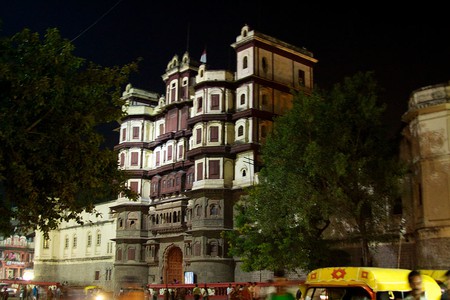 Jabalpur is one of the best places to visit in Madhya Pradesh. Situated along the bank of River Narmada, the city is known for its incredibly unmatched beauty. It is surrounded all over by sandstone and granite hills, and is world famous for white marble rocks. Bhedaghat is a popular tourist attraction here that has the Dhuandhar Falls. You can closely witness the marble rocks on a boat ride, and also enjoy a cable car ride. 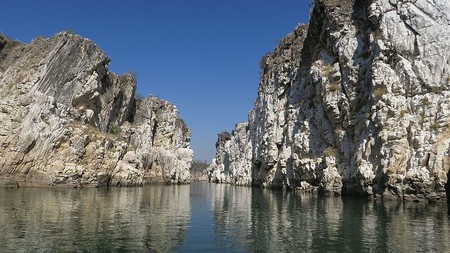 This is the only hill station of Madhya Pradesh, well-known for beautiful viewpoints, cave paintings, lakes and waterfalls. For a pleasant getaway with family and friends, Pachmarhi can be a good choice. Important things to do in the town include visiting the Pandava Caves and Catholic Church. You can even enjoy the orchestra played by Pachmarhi Cantonment, and watch the beauty of the setting sun at Sunset Point. 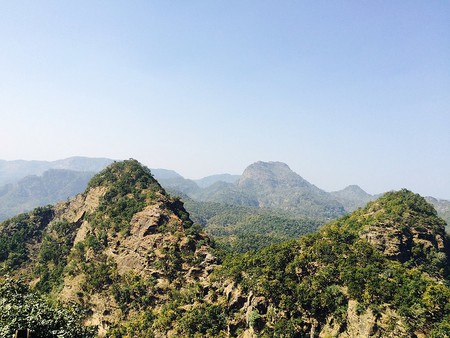 Bhopal is the capital city of Madhya Pradesh, and also famously called the ‘City of Lakes’. It is divided into two parts by the two major lakes called the Upper Lake and the Lower Lake. Here, you get to see just the right blend of history and modern-day planning in the architecture of the city. Shaukat Mahal, Bharat Bhawan, Sadar Manzil, Museum of Man, Gufa Mandir and Van Vihar are some of the prominent places to be visited in Bhopal. Taking a boat ride in the lakes of the city is a must, too. 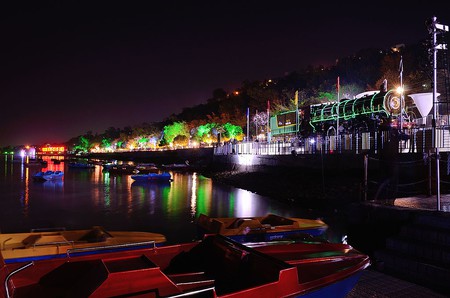 Famous for the ancient Sanchi Stupa, Sanchi is a small village situated quite close to the city of Bhopal. It is a UNESCO World Heritage site and a must-visit place for Buddhist followers. Sanchi well reflects the primitive Buddhist culture and has monasteries and monuments dating back to 3rd century B.C. Popular places to visit include the Great Bowl, the Eastern Gateway and the Ashoka Pillar. 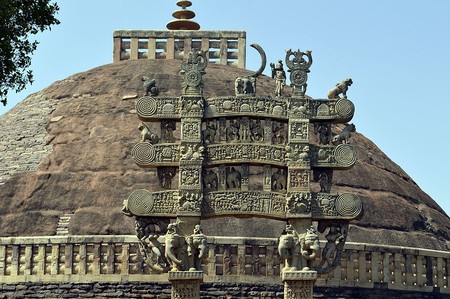 Raipur is the capital of the Central Indian state of Chhattisgarh, and also the largest city of the state. A very famous attraction here is Kevalya Dham, which is a Jain temple made of white marbles. The city has several museums as well like Guru Tegh Bahadur Museum and Mahant Ghasidas Museum. Raipur is an important city, well-known for steel markets too. On your visit, you must also explore the ancient town of Sirpur which is just a two-hour drive away from the city. 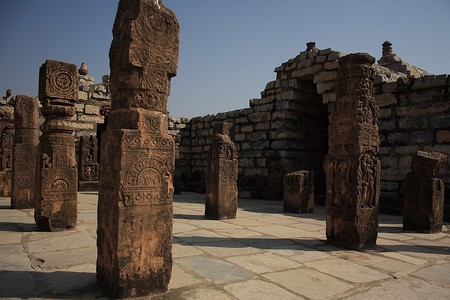 Located in the Bastar district of Chhattisgarh, Jagdalpur is known as the tourism capital of the state. In case you’re planning to visit Chhattisgarh, then make sure Jagdalpur is on your list too. It has two of the most beautiful waterfalls of India – Chitrakote Falls and Teerathgarh Falls. Kailash Caves and Kanger Ghati National Park are the prominent places to see in the city. Some other tourist attractions include the Bastar Palace, Anthropological Museum and Danteshwari Temple. 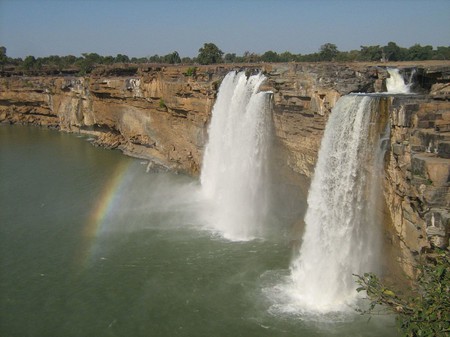 The city of Raigarh is best known for power generation and coal reserves. Kosa silk, classical music and Kathak dance are a few culturally important things that the city is famous for. On your visit, you can explore the Gomarda Wildlife Sanctuary, Raigarh Fort, Singhanpur Caves and Rabo Dam on the Kelo River.

According to the popular beliefs of the residents of Ratanpur, the city has been of great importance in all the four Yugas (ages) of Hinduism. The main attraction of the city is the remains of the ancient fort and the many beautiful temples that dot the place all over. You must visit the Ratanpur Fort and Mahamaya Temple on your trip. 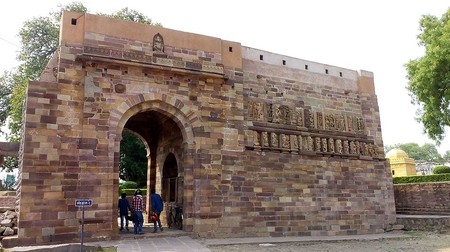 Much like Pachmarhi in Madhya Pradesh, Chirmiri is the only hill station of Chhattisgarh. If you love greenery and natural locations, then you’re going to like this hill station too. It has a great picnic spot near the Hasdeo River and a famous waterfall, called the Amrit Dhara Waterfall. Jagannath Temple, Gufa Mandir, Baigapara and Kalibadi are some of the important places to see here. 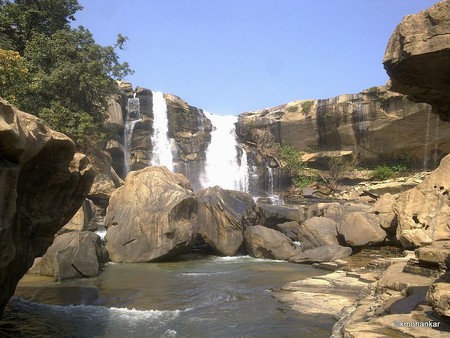 The reason behind Chhattisgarh being called the ‘Rice Bowl of India’ is this second largest city of the state, Bilaspur. It is known for producing great quality rice, Kosa silk and is also culturally rich. The city has dams, majestic temples and many historical monuments that you can visit. Not just that, Bilaspur also has the largest High Court of Asia. Deorani Jethani Temple is a popular attraction, while Achanakmar Wildlife Sanctuary, situated nearby, also invites many tourists to the city. 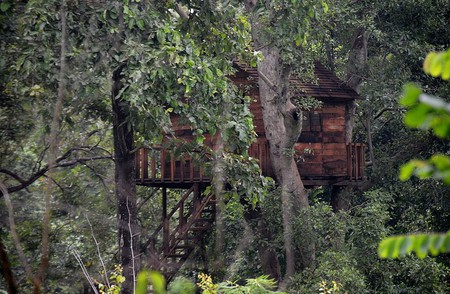