11 Underrated Places in China You Should Visit 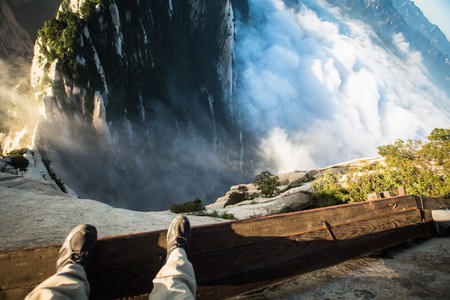 China is so much more than Beijing, Shanghai, and Xi’an. While these cities are worthy of a visit, there is so much more depth and breadth to the country. If you’re willing to put in a little extra planning, China could easily become the best place you’ve ever visited. Here are China’s most underrated spots.

Most people don’t even know that Inner Mongolia is part of China; fewer still have been there. Those who do go tend to stick to the capital of Hohhot and the world-famous Gobi Desert. For a taste of Outer Mongolian life, however, a trip to Hulunbuir Grasslands is essential.

The grasslands of Hulunbuir don’t have roads. So if you want to explore them, you will need to book a group excursion from the small city of Hailar. From there, off-roading vehicles will take you to places that will make you say “I can see Russia from my horse!” Experience the antithesis of city life during the day, and stay in a glammed-up Mongolian ger during the night.

Hulunbuir isn’t just grass as far as the eye can see. Well, most of it is. However, it is also birch forests and wind-whipped rivers and wild reindeer. It is everything you never knew China could be.

With just 200,000 residents, Dunhuang is hardly a major city by today’s standards. However, the city is located at the historic juncture of two major Silk Road routes and contains two of Gansu province’s most prominent tourist attractions: Yueyaquan and the Mogao Caves. Yueyaquan, or Crescent Moon Lake, is a small oasis in the desert, and a sight unlike any other. Mogao Caves, also known as the Thousand Buddha Grottoes, are located about 25 km (15.5 miles) from Dunhuang proper and are famous for their significant Buddhist art and Christian artifacts still being discovered within. On a separate note, animal lovers will be delighted to hear that Dunhuang is best explored by camel.

Mingshashan – the Singing Sand Dune of Dunhuang – 700 years ago Marco Polo described the sound of the wind blowing over this mountain of sand as sounding like singing. The name stuck. Here tourists trek around the dunes on camels at sunset. #silkroad #mingshashan #Dunhuang #gansu #sand #sandunes #china #mysilkroad2017 @natgeocreative @natgeo @natgeo.media @supchinanews @thesilkroadjourney

Tulou, which translates as “earthen buildings,” are a distinctive architectural style found only in Fujian province’s Yongding District. These doughnut-shaped houses are native to the Fujianese Hakka people, some of whom still reside there today. Each house consists of a circular outer ring surrounding an open-air central shrine. There are over 20,000 tulou remaining in southern Fujian, a small group of which have been designated a UNESCO World Heritage Site. This group, noted for its large scale and ingenious structure, is a popular tourist destination for the region but is criminally underrated by international tourists.

Once mistaken by the US satellite for secret launching bases, the Fujian earthen buildings are Chinese rural dwellings unique to the Hakka in the mountainous areas in southeastern Fujian, China. They were mostly built between the 12th and the 20th centuries. #tulou #fujian #earthenbuildings #ruraldwelling #hakka #福建 #福建土楼 #客家人 #永定土楼 #南靖土楼 #四菜一汤 #民居 #china #architecture #travel #travelgram #travelphotography #wanderlust

Heaven Lake is found on the mountain range that serves as the land border between China and North Korea, in the Chinese province of Jilin. Steeped in mythical history and abounding with natural beauty, the Changbai Mountains are the only way to peek into North Korea without going to the DMZ. And at the center of it all lies Heaven Lake, a crater-formed lake at the top of volcanic Paektu Mountain, directly on the two countries’ borders. North Korean legend has it that Kim Jong-il was born on the mountain near the lake. And speaking of monsters, Heaven Lake has its own Loch Ness-style creatures, first captured on video in 2007.

Few international tourists know about Sichuan province’s Garzê Tibetan Autonomous Prefecture, which is a shame for them, but a blessing for those who do decide to make the long trek out there. Situated at the western edge of the province, Garzê, or Ganzi as it is known in Mandarin, is a six-hour drive from Chengdu and may require a special permit to visit, depending on the time of year and the mercurial mood of the government – with Tibetans making up over 77% of the autonomous prefecture’s population, Garzê makes Beijing nervous. During the Tibetan New Year in the spring, the government often enacts travel restrictions to the prefecture, but, even still, it is significantly easier to visit than Tibet itself.

It's been an amazing start to our adventures in China! Yesterday morning, myself, @jacob and @mikevisuals headed out for an incredible sunrise over the Yaqing Temple, home to the largest community of Buddhist Nuns in the world 🇨🇳 @beautifuldestinations

Instead of leaving Shaanxi province after your requisite visit to Xi’an, head to nearby Huashan to experience some of the most fear-inducing climbing possible. Not only is the mountain one of China’s most beautiful, but it is also home to the Plank Walk. Not for the faint of heart, the Plank Walk puts climbers on the edge of the mountain, giving them the best views of the area and a great story to take back home.

Be careful though, the hike up Huashan has been named one of the most dangerous hikes in the world. Of course, you can always take the cable car if you’re not a seasoned climber.

Heilongjiang province in China’s northeast is best visited in the dead of winter, and that is when most tourists go. However, all of the attention seems to be focused on the Harbin Snow and Ice Festival, leaving nearby Volga Manor nearly empty of tourists. Volga Manor is a Russian-style forest garden that transports visitors to days past when such quaint landscapes were common throughout Harbin. Most of the buildings in the forest are replicas of real Russian buildings that were destroyed during the Cultural Revolution.

Forget the ice slide at the Snow and Ice Festival. Volga Manor has a giant slide down its own version of Russia’s Petroff Palace. There is also a Russian restaurant, a cathedral, and a frozen lake with winter ice sports on site.

It’s easy to think that pictures of Lexiaguo, near Yunnan‘s provincial capital of Kunming, are photoshopped – the colorful, terraced land really does look like that though. Lexiaguo’s mismatched appearance is due to government oversight in the area – self-employed local farmers had been left to plant a wide variety of crops in their own preferred style on the extremely oxidized earth, leading to the appearance it has today. Lexiaguo is best viewed in November when the contrasting colors are at their peak.

Beijing isn’t the only place to see the Great Wall of China, and some may argue it’s not even the best. At Shanhaiguan in Hebei province, the Great Wall meets the sea. It is here that invading Manchu forces entered China and established the country’s last dynasty, the Qing. The area is also a great place to enjoy less crowded sections of the Great Wall than those in Beijing, with some restored and others in hikeable ruins.

Located in the same province as Dunhuang, Zhangye National Geopark is one of the few places in the world where you can experience the unique geological phenomenon known in Chinese as Danxia. These vibrant, multi-colored, layered rock formations will transport you to another world with their unique beauty. This incredible landscape is the result of 24 million years of sandstone and mineral deposits and is connected to the same tectonic plate shifting that created the somewhat-nearby Himalayan mountains.

The geopark was chosen by Chinese National Geography as one of the six most beautiful landforms in China.

Huaxi is known by locals as the ‘richest village in China,’ with residents claiming that they all have over $100,000 in their bank accounts. The village, located in Jiangsu province, was founded in 1961 by Wu Renbao in order to be the model of Chinese communism. Each resident was gifted an identical house and car and given stock in the village in exchange for working seven days a week at one of the village’s many factories. If a resident leaves the city at any time, however, he or she forfeits all benefits. Migrant workers, who reportedly make up roughly 95% of Huaxi’s workforce, do not get the same benefits as do the ‘real’ residents.

Whether this village is a utopia or a dystopia is for you to decide, but even if you would not want to live in Huaxi’s world, you can’t deny the odd charm of its Stepford-level creepiness.