Political scientist turned artist, Yto Barrada makes use of her fact-based education to create art that expresses the peculiar situation that Tangier, her hometown, finds itself in, being at the entrance to the Strait of Gibraltar. Rich with history but undergoing quick modernization, Barrada documents the struggles of the people who live there, making her work more than just visually powerful. We find out more about this intriguing artist. 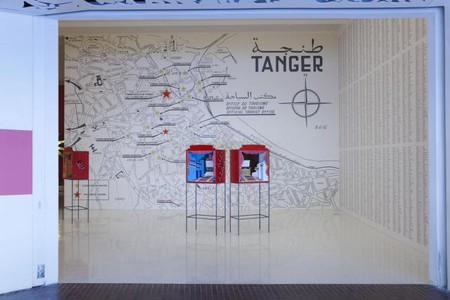 Yto Barrada was born in 1971 in Paris, raised in Tangier and lives between Tangier and New York. She is the daughter of French journalist, Hamid Barrada. Yto Barrada is married to Sean Gullette, with whom she has two children, Vega Violet Aaliyah and Tamo Jasmin Ada. Having studied both History and Political Science at the Sorbonne in Paris and Photography at the International Centre of Photography in New York, Barrada is a unique artist and her multicultural background is very much present in her work. Barrada found her passion for photography when she was working on her thesis for Political Science. She used photography to document how people negotiated roadblocks and hence realised her desire to tell the human stories beyond just the numbers and facts. As well as being an artist, Barrada is also the founding director of Cinémathèque de Tangier and a member of the Arab Image Foundation.

Barrada’s work – which includes a variety of print, film, photography, publications, installations and sculptures – focuses primarily on her home town of Tangier and the struggles of the people who live there. She began her career in 1998 with The Strait Project. The six short films featured on her website range from lengths of three to 21 minutes, one of which is silent. Her literary works include A Life Full of Holes, A Guide to Trees and RIFFS. She also has a monograph which was published by JRP Ringier in 2013.Exhibitions of Yto Barrada’s artworks have been held at the Tate Modern in London, the Renaissance Society in Chicago, Witte de With in Rotterdam, Haus der Kunst in Munich, the San Francisco Museum of Modern Art (SFMoMA), the Museum of Modern Art in New York (MoMA), the Centre Pompidou in Paris, the Venice Biennale in 2007 and in 2011, and the Whitechapel Gallery in London.

Barrada tries to convey how different the life of her people is in comparison to the picture portrayed by the tourism industry, following Tangier’s modernization. It has become more and more difficult for Moroccans to chase their hopes and dreams in Spain as crossing the Strait has become increasingly more complicated. In a piece written for Cabinet Magazine online, Barrada herself writes ‘I try to expose the metaphorical character of the strait through a series of images that reveal the tension—which restlessly animates the streets of my hometown of Tangier—between its allegorical nature and immediate, harsh reality. My work attempts in part to exorcise the unspoken violence of other people’s departures. I too left Tangier for more than ten years. By moving back, I have placed myself amidst the violence of homecoming. There are no flâneurs here, and no innocent bystanders.’ 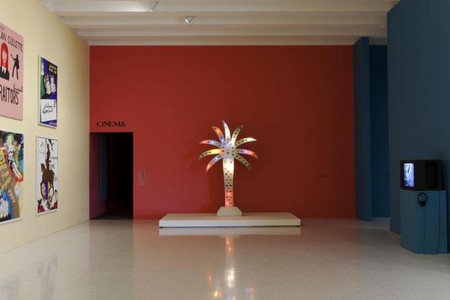 Barrada counts among her achievements being named Deutsche Bank’s ‘Artist of the Year’ in 2011 and having received the 2013-2014 Robert Gardner Fellowship in Photography (Peabody Museum at Harvard University).

Named The Guardian’s 169th Artist of the Week for Photography, the publication wrote that they ‘liked’ her for the following reason: ‘sporting half-blown lightbulbs and a scratched paint job, the metal palm tree Palm Sign might have been lifted from a rundown funfair. It speaks volumes about Tangier’s ramshackle modernity.’ Kristin Jones for frieze.com writes ‘although they may seem at first glance intentionally banal, her unspectacular images of subjects such as abandoned construction sites or objects at a flea market are more metaphorical than distanced.’

Barrada’s 2008 film The Botanist is part of the second installation of ‘Vidéothèque éphémère’ called Inventer le possible at the Jeu de Paume in Paris. It is open until the 8 February, 2015. The videos have been selected with the aim of representing history in modern art and considering the possibility of a utopian future. Also in Paris, her work is featured in the new long term exhibition: ‘A History. Art, Architecture, Design from the 1980s Until Today’, at the Centre Pompidou until the 7th of March, 2016. Her work will feature at two upcoming exhibitions in 2015 – Pace London and the Lyon Biennial.