The World's Biggest Tagine in Morocco 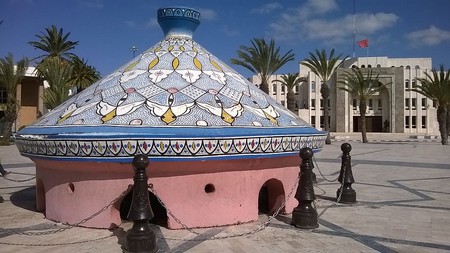 Biggest tagine in the world in Safi, Morocco | © Alamicommons / WikiCommons 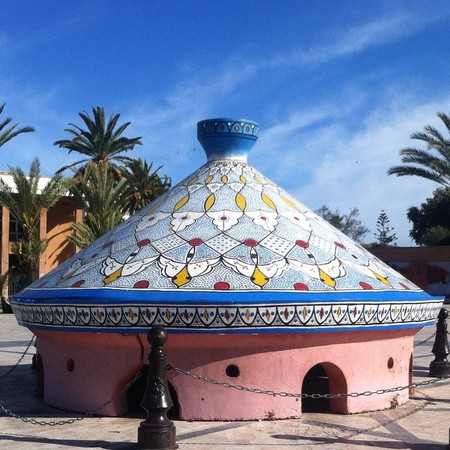 Tagine is both the name of a popular Moroccan dish and the actual pot that the meal is cooked in. The coastal city of Safi, situated on the Atlantic coast almost part way between El Jadida and Essaouira, is at the heart of Morocco’s pottery industry. It is also home to the world’s biggest tagine pot.

In July 1999, more than 200 Moroccan women came together to prepare a huge tagine feast. Made from sardines, a common seafood caught off the coast of Morocco, the gigantic tagine was entered in the Guinness Book of World Records. Preparing the mammoth meal needed 12 tonnes of sardines and 500 kilograms of animal fat.

A fire burned underneath the huge tagine pot to cook the ingredients, with people constantly stirring the ingredients to ensure the heat spread evenly throughout the tagine to cook everything thoroughly. 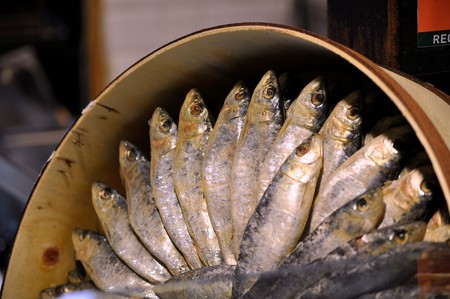 The world’s biggest tagine pot stands proudly on display today at Place Mohammed V in Safi, the same place where the sardine feast was prepared almost 20 years ago. Standing 4.5 metres (14.8 feet) tall with a diameter of 6.3 metres (20.7 feet), the super-sized piece of cookware is an impressive sight. Indeed, snapping a picture of the huge tagine is among the most unique things that a foodie can do in Morocco.

The base, which is hollowed to form the main dish, is pinkish-peach in colour, while the heavy lid is decorated with the traditional white and blue patterns that are common among the city’s pottery. Master artisans joined forces to paint the large pot, using skills that have been handed down through the generations. 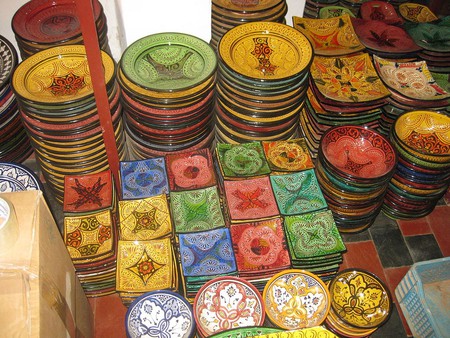 While you probably won’t need all that much time to admire the tagine pot, snap some pictures, and imagine the hustle and bustle back in 1999 when the meal was being prepared, there are plenty of other things to do in the vicinity to make a trip to Safi more than worthwhile. Take a short stroll from the tagine pot along the waterfront and dine on fresh seafood tagines in one of the lively restaurants overlooking the sea. Visit historic pottery workshops and see skilled craftspeople at work. Browse in the local souks for souvenirs and gifts, including locally produced ceramics. The beaches are also great places for surfing. 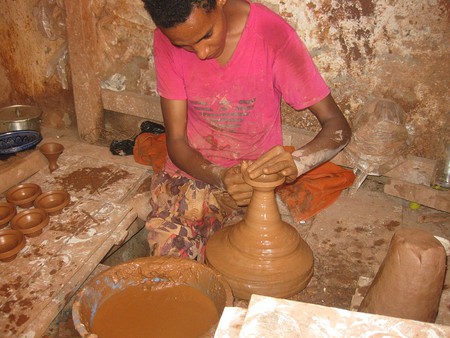 Making pottery in Safi, Morocco | © Princedesmers01 / WikiCommons
Give us feedback