The Many Moroccan Ways to Love Bread 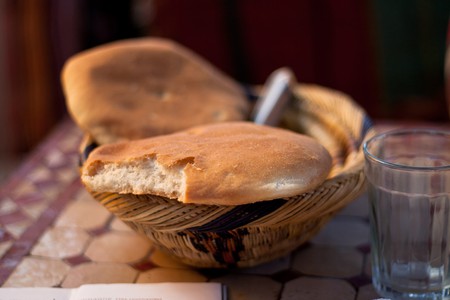 If you love bread you’ll almost certainly love eating in Morocco. One of the nation’s staple foods, most Moroccan meals are incomplete without a hearty chunk of bread alongside. Bread can also be the main part of a meal or snack. Read on to see how important bread is in the nation and to discover the many ways to satisfy your carb cravings when traveling around Morocco. 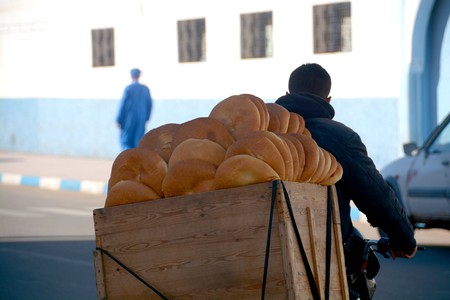 When bread is served with a meal it is usually eaten with the hands. Moroccans eat with their right hand, as the left hand is seen as dirty. (The left hand is typically used for cleaning after visiting the toilet.) Bread generally takes the place of cutlery, acting as fork, spoon, and even knife. Tear a bite-sized chunk of bread away from the larger piece. Pinch food between the bread, soaking up sauces and juices at the same time. Larger pieces of vegetables can be squashed with the bread, allowing diners to take smaller, more manageable amounts to fit in their mouths. Note that many meals are served in communal dishes; try and eat just from the section in front of you rather than invading other people’s parts of the dish.

When bread is the central part of a meal and served with spreads or sauces, it’s still normal to use the bread itself in place of cutlery. Rather than spreading butter or honey, for example, on a larger piece of bread with a knife, take a smaller piece and press it in the spread to coat it before eating. 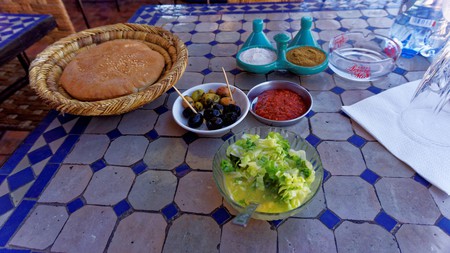 Bread with olives and other side dishes | © Miguel Discart / Flickr

When to Eat Bread

There’s no wrong time to eat bread in Morocco! Bread may be eaten at breakfast, lunch, and dinner, as well as for snacks throughout the day. Sandwiches are widely available around Morocco, with varied fillings inside the bread. While most meals are served with some form of bread, the national dish of couscous is a major exception. Other popular dishes, such as tagine, tanjia, and Moroccan salad, would be naked without their dough-based accompaniments. 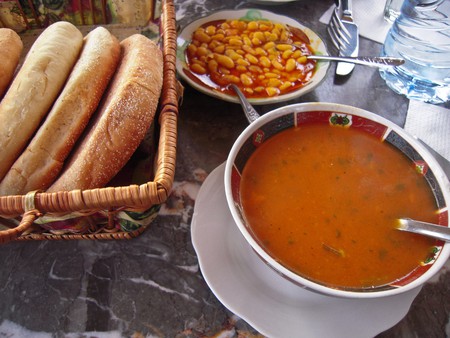 While various types of bread are available to buy from shops and roadside vendors, most families tend to make at least some of their bread at home. Bread is bought or baked fresh most days; frozen bread is definitely not part of the Moroccan way of life. Most neighborhoods have a communal oven where local woman can take their dough to bake. Even though most homes have ovens, visiting baking facilities is still a popular Moroccan tradition when making bread at home. Some types of bread are made in a large skillet as opposed to in an oven. 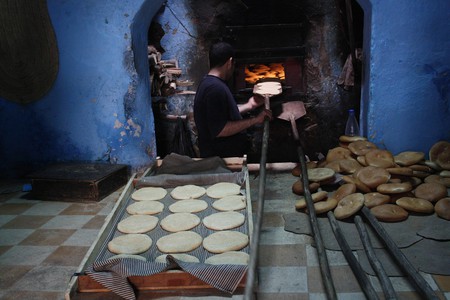 Various Types of Bread in Morocco

There are many different types of bread to try in Morocco. Try them all and find your favorite.

Khobz is the general word for bread that has been baked in an oven. This type of bread is round, baked in the oven, and has a thick crust. Khobz is the bread most commonly eaten alongside meals like tagines and tanjias, as well as being used to make sandwiches. It can be made using various types of flour. For example, plain khobz is made using white flour, khobz dyal smida uses semolina flour, and khobz dyal zraa contains wheat flour. 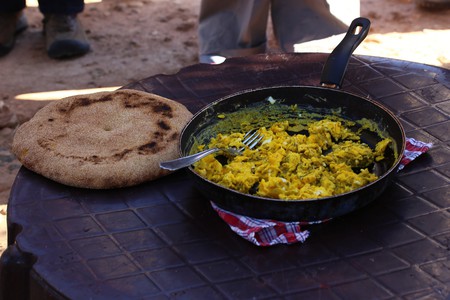 Moroccan khobz with a pan of food | © Gregory Palmer / Flickr

Masrah contains both wheat and barley. A thick, chewy type of bread, it can be baked in an oven or cooked in a pan.

Batbout is cooked in a pan on the stove. Soft and chewy, it is rather similar to pita bread. It can be easily split to stuff the inner part with a variety of fillings. 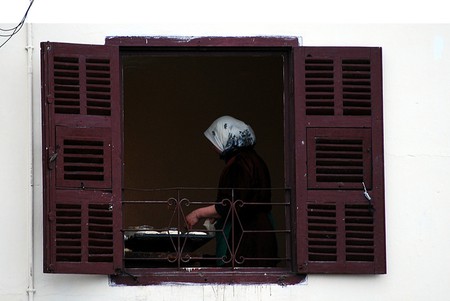 Often served with honey, butter, or jam, baghrir is made from semolina. Filled with small air bubbles, it is a light and spongy pancake-like bread that is cooked on the stove.

Msemen are like thick crepes. Made from wheat flour, or a combination of wheat flour with semolina flour, the dough is kneaded, folded into a square, and then cooked in a pan with a little oil. It makes a great breakfast served with soft cheese, olive oil, olives, honey, and egg. 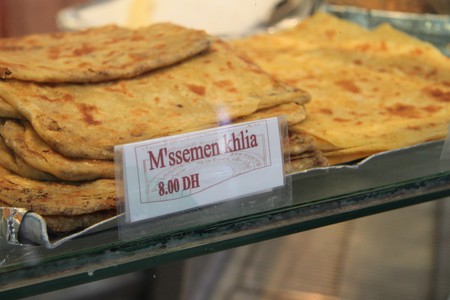 Made from semolina, harcha is rather similar to corn bread. The crumbly bread may be made savory or sweet.

Visitors can also enjoy a range of French-style breads from the abundant bakery shops. 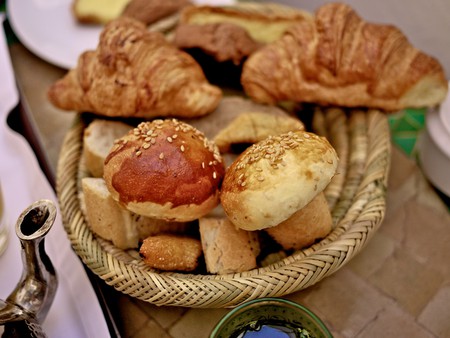 What to Do With Leftover Bread

Moroccans don’t throw food, especially bread, in the garbage. Uneaten morning bread is saved for meals later on in the day. If the bread starts to harden, it is put outside on the road or on a roof terrace for birds, ants, and other creatures to nibble on. There are also people who buy leftover bread, or exchange for another useful household item, with the bread being sold on farms to use in animal feed. It’s not uncommon to see large piles of stale bread drying on the roadside. Trucks take the dried bread to the farms where it is soaked in water and mixed with other items to feed livestock. 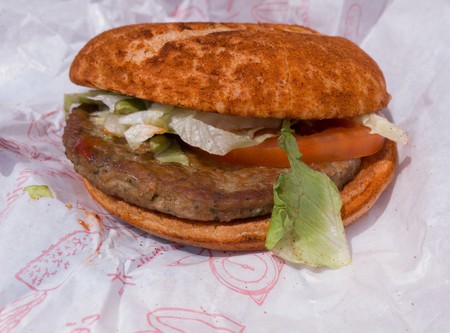