The Best Medinas in Morocco 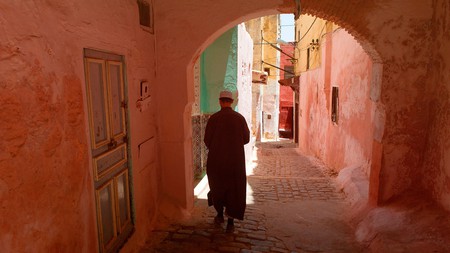 A modern country with a wealth of contemporary bars, restaurants and nightspots, stepping inside the medinas of Morocco transports to a different world. Encompassed by towering walls, they are filled with narrow streets, tiny alleyways, market places and historical mosques. The purpose of each medina was to keep out invading armies, which is the reason why each of the four imperial cities of Morocco has its own. Each medina has its own unique story to tell; lose yourself in their history and beauty.

Book Culture Trip’s six-day group adventure where you’ll be immersed in the Marrakech medina on a walking tour before hiking the Atlas Mountains and stopping off at a traditional Berber village. 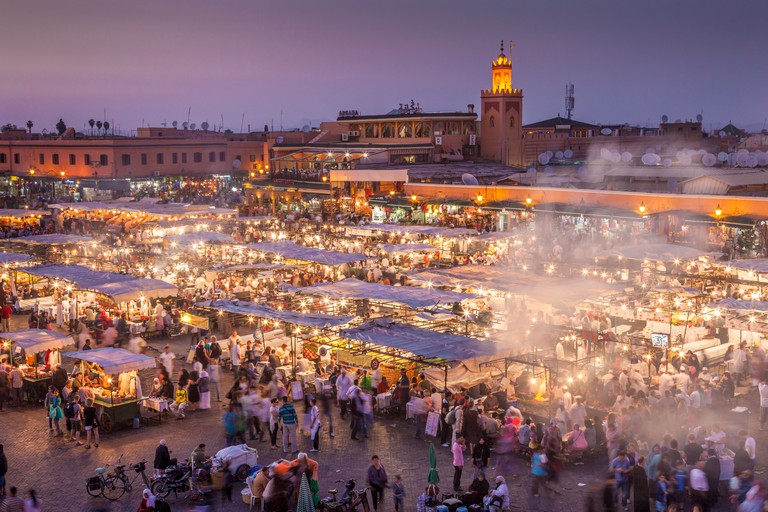 One of the four imperial cities of Morocco, Marrakech is the cultural, economic and historical centre of the country. Sometimes called the Land of God or the Red City, Marrakech is a bustling, vivacious combination of old and new. In the historical part of the city lies the medina. Djemaa El-Fna square forms the heart of the medina, a place brimming with stalls and shops selling food, spices, handicrafts, traditional clothes, henna tattoos and perfume. Tourist hotspots here include the Koutoubia mosque and the El-Badi Palace, two beautiful examples of enthralling Arabic architecture, culture and history. 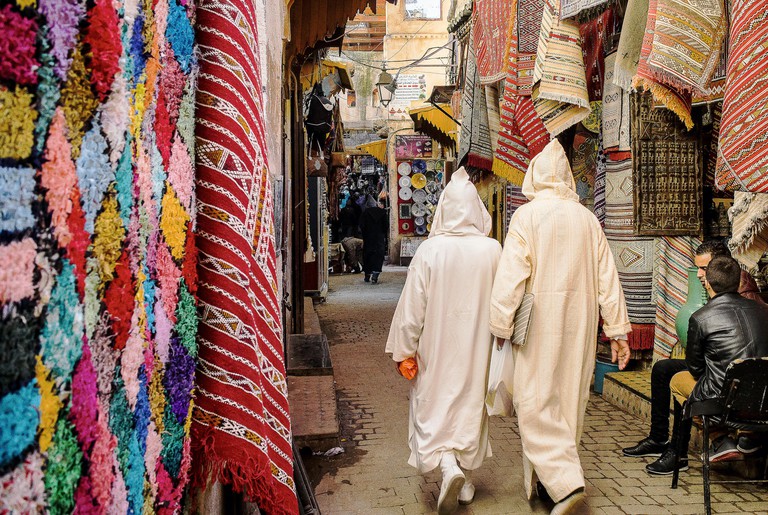 Fes is another imperial city, the former capital of Morocco. It is one of the oldest and largest medieval areas in the world. Built in the 9th century, the Medina of Fes is perhaps the most well preserved in the country. The new city is built outside the medina, meaning that when visitors cross the threshold of the Bab Boujeloud they enter into an entirely different place. Take a stroll down the historical path of Talaa Kebira, the main street of the medina leading to an array of hidden gems, including residences and mosques. 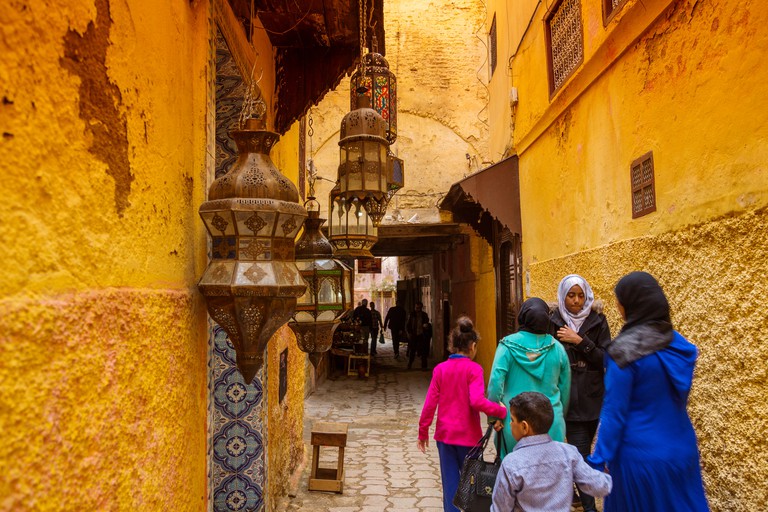 The nearby imperial city of Meknes is sometimes known as the Versailles of Morocco because it is so beautiful and majestic. Sultan Moulay Ismail, also called the Warrior King, was the ruler of Meknes and is the man responsible for the shaping of the city. The medina is located inside the Historic City of Meknes. The eye-catching combination of 17th-century European and Islamic architecture here is stunning and unlike anything else found in the region. 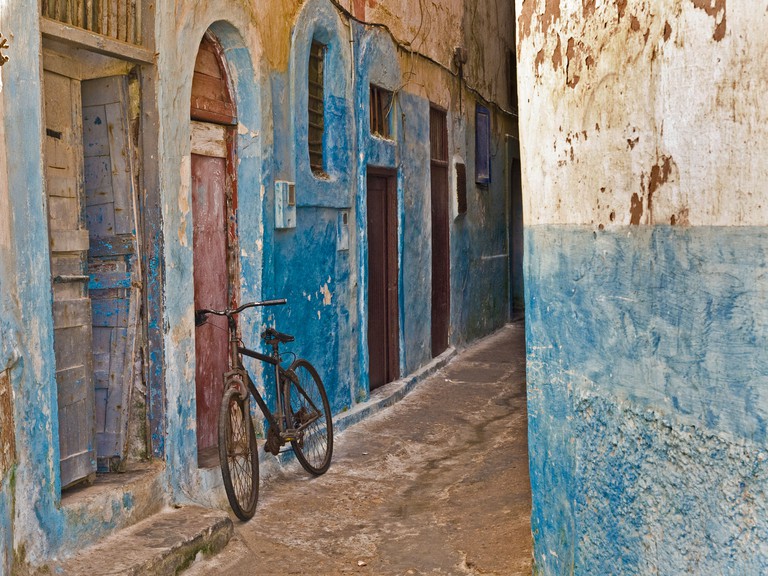 © shoults / Alamy Stock Photo
Situated idyllically near the Atlantic coast, the beach of Essaouira is a popular place for enthusiastic windsurfers and squawking seagulls. The coastal city has had a surge in popularity, drawing Game Of Thrones fans from all over the globe as it is the setting for the city of Astapor in the television series. The Arabic and Muslim architecture of the site illustrates the styles found in 18th-century Morocco, while European influences abound too, creating a unique spectacle reflecting the area’s past as a cosmopolitan port area. 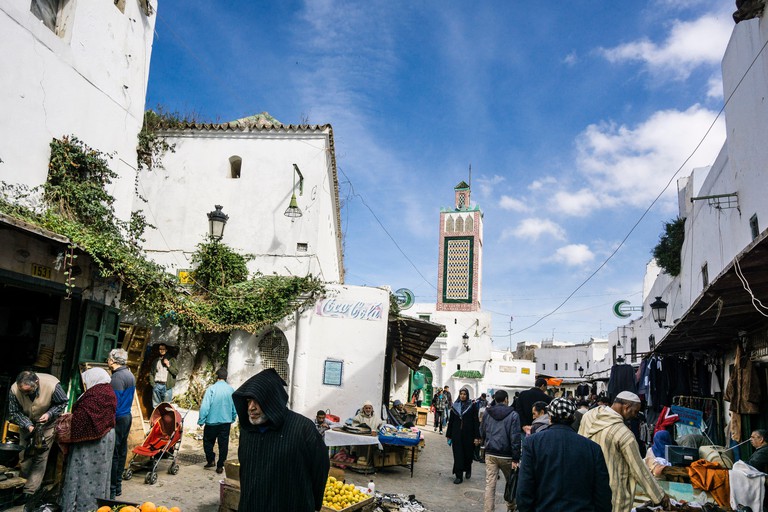 Tétouan forms the main connection between Morocco and Andalusia in Spain. A large part of the city was constructed by refugees from Andalusia in the 8th century and traces of Andalusian culture can still easily be found all around the city. The medina here is small but very well preserved. Along the wall of the medina, there are seven gates through which visitors can enter the historical city. Inside the medina, there are three parts: the Andalusian, Jewish and Berber sections. Mohammed V Avenue is the main road here – a winding walkway filled with restaurants and shops – and is a path that will lead you to charming residential areas, different squares, mosques and the Grand Palace. 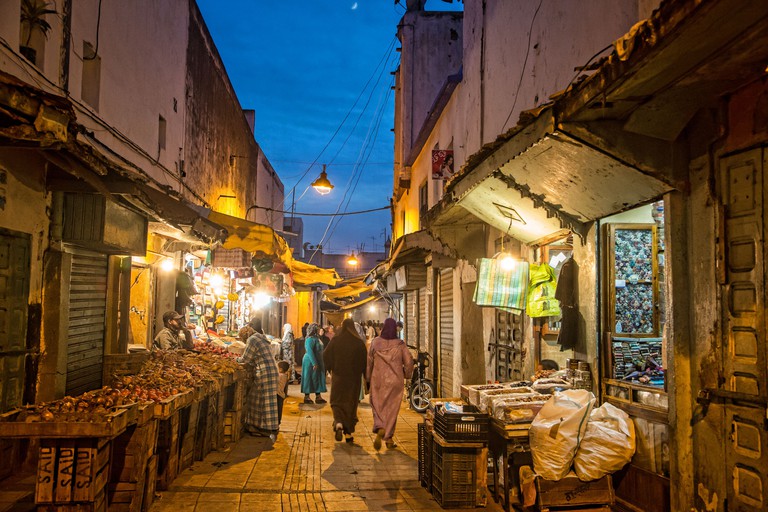 Rabat lies on the coast of the Atlantic Ocean and was also built by Andalusian refugees. Before the French invasion in 1912, there was no new town in existence in the area; Rabat was comprised entirely of the medina. Entering the fortified site through Souika Street visitors will realise that this is less crowded than other medinas, which allows for a more laid-back and relaxed experience. This is the top spot for mint tea leaves, leather products, carpets and woodwork. 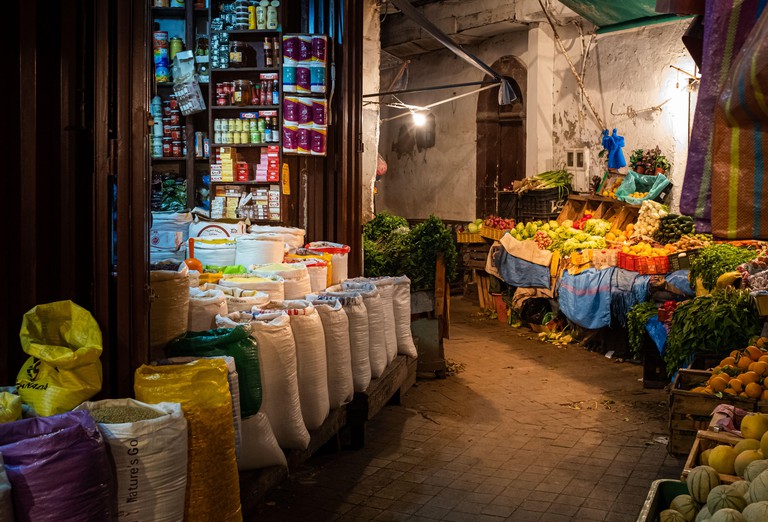 Casablanca, or Casa, is the largest city in Morocco. The medina of Casablanca shows a different side to Morocco. The 18th-century medina lies in the north of the city and, when entering the site through the Marrakech gate by the clock tower, the French and Portuguese influences here are immediately visible. The structure of Cinema Rialto is a fabulous example of Art-Deco architecture in the city, featuring an intricately decorated exterior, high windows and gilded balconies. Visitors can also find a wealth of stunning Arabic-style buildings in the medina, including the Hassan II mosque, the second largest mosque in the world, and a sacred place that sees many people gathering and praying every day. 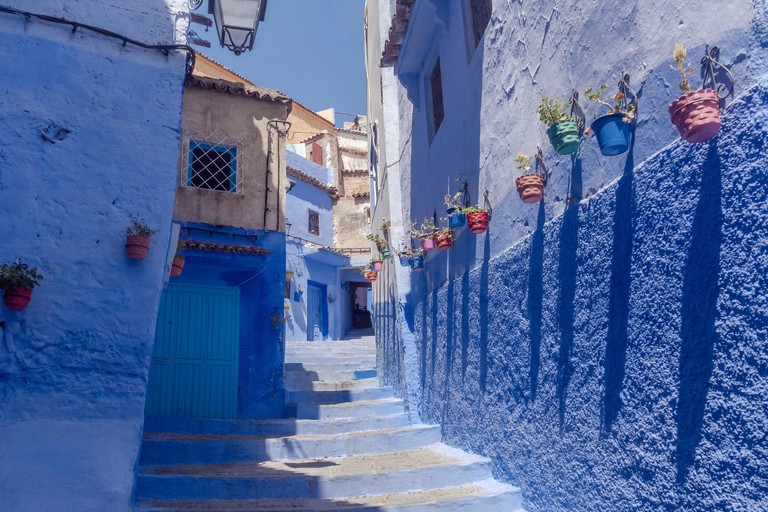 All the blue houses and narrow streets here may trick visitors into thinking they’ve arrived on a Greek island. In fact, this is the idyllic setting of Chefchaouen, a town set in the Rif Mountains of Morocco. The different shades of blue found all over the mountain settlement were painted in the 15th century and it was believed that the colour could ward off evil spirits. Enjoy the delicious aromas of fresh bread being baked in the streets of the medina here, a settlement that is home to the charming Uta el-Hammam square, the Great Mosque and a small, charming waterfall where locals do their laundry, play games and chat. 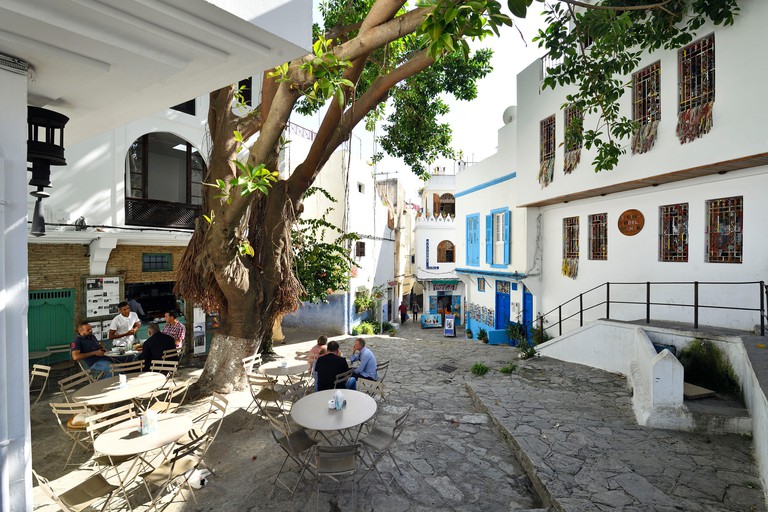 Tangier has been the inspiration for many works of art past and present and is an ancient, vivacious city whose energy has made it a popular subject for artists in various disciplines. The main square, known as Petit Socco, is a popular spot for artists to hang out and is the central point of the medina. Tangier is also a place that tells an interesting historical story; Morocco was the first country to recognize the USA as a nation in 1777 and in the American Legation Museum in the southeast of Tangier’s medina, visitors can learn more about the relationship between the United States and Morocco. 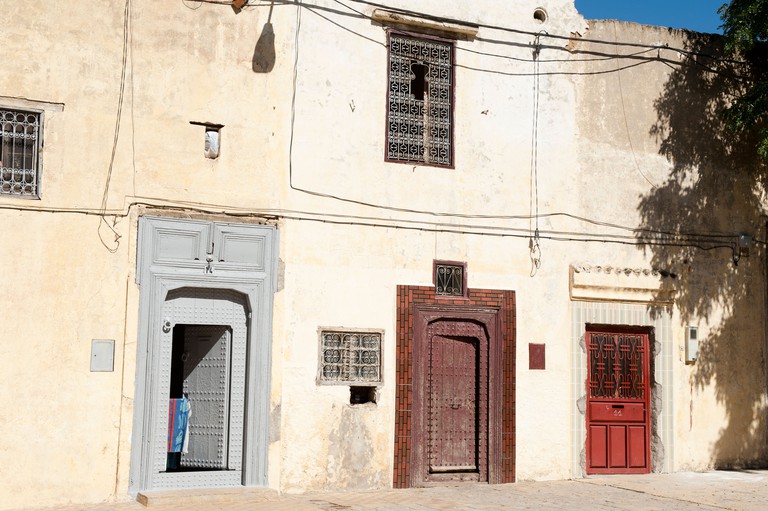 Situated in northern Morocco, Taza has some of the largest medina walls from the Middle Ages. Taza also offers visitors an unbeatable view of the Middle Atlas Mountains which can be viewed from the Tour Es-Sarragine tower in the west of the medina. Mosque-lovers will be spoiled for choice here, with the Market Mosque, the Andalusian Mosque and the Great Mosque some of the best picks for vibrancy and religious significance.