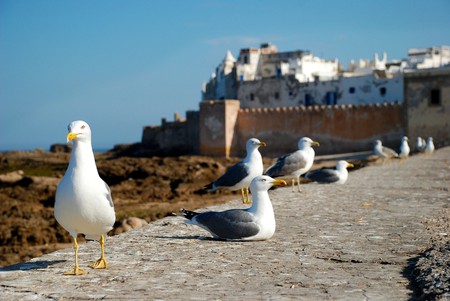 Located just two hours southwest of Marrakech is Essaouira, a small seaside town that attracts surfers, travellers and history lovers. Formerly known as Mogador because of the Portuguese establishment in the 16th century, Essaouira has its own walled medina, amazing cuisine and a vibrant atmosphere that is very distinct.

The King of Portugal D Manuel I started building the fortress in 1506 and visiting this medina is bound to take you back in time. Here, you will find blue and white houses with children running around, colourful stalls filled with all kinds of souvenirs (including clutches, key rings, and slippers), henna artists, musicians and so much more. Walking further into the medina will lead you to the ramparts, where you can enjoy watching the sun set over the Atlantic, hearing the waves crashing on the walls and taking extraordinary photos. 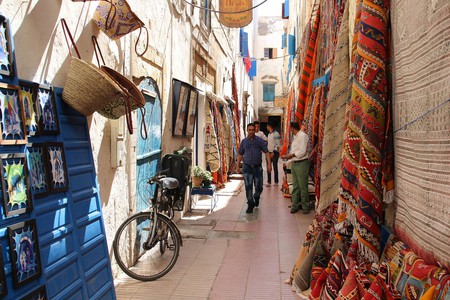 Streets of the medina | © Singa Hitam/Flickr

Here’s a fun fact: many Hollywood movies have actually been shot in Essaouira’s medina! It is so authentic and has remained unchanged for centuries that a host of producers flew their crew to the blue city to shoot memorable films and television shows.

Othello by Orson Welles opens with a scene overlooking Essaouira from the medina, with the ramparts and fortified walls quite visible. Furthermore, Game of Thrones was filmed in two different locations in Morocco, and one of them is Essaouira. It is where they shot the Astapor ( also known as the Red City) scenes. 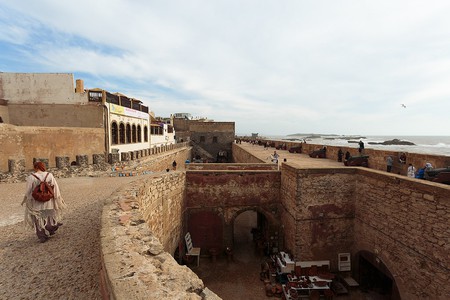 Astapor from the Game of Thrones, Essaouira | © Mr Seb/Flickr

Skala du Port is located near the harbour and is another part of the rampart. From here, you can see the seawalls, the medina and the busy fishermen. If you want a closer look, or perhaps a refreshing dip, you can easily go down to Tagharte Beach.

Another great spot is Borj el Barmil, located on the seaside. You can walk through a fish market, watch the fishermen and explore beautiful building sites left by the Portuguese. 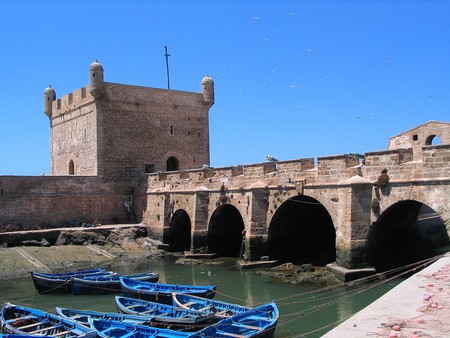 The port of Essaouira | © Daniel*D/WikiCommons
Give us feedback