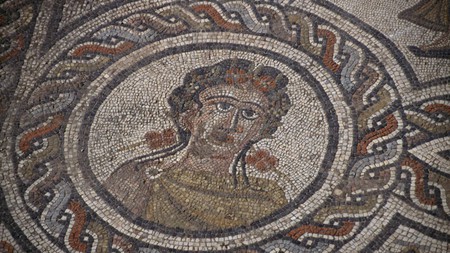 Explore the many ancient sites that Morocco has to offer | © DEA / C. BALOSSINI / Getty Images

Morocco is a country full of history. From Roman ruins to stone circles, set your history enthusiast free with this guide to the country’s best ancient sites.

The country of Morocco is over 1,200 years old, but the land itself is far more ancient. Phoenicians, Romans, Carthaginians, Christian Berbers and Muslim Arab dynasties all built empires within Morocco. The country hosts a cornucopia of ancient and prehistoric sites, perfect for history lovers.

Morocco is known for its labyrinthine old towns, colourful souks and jaw-dropping riads. While you can spend your entire trip soaking up the history of the old towns, there are plenty of important historical sites beyond the medinas. Here are seven ancient sites in Morocco worth leaving the old towns to explore. 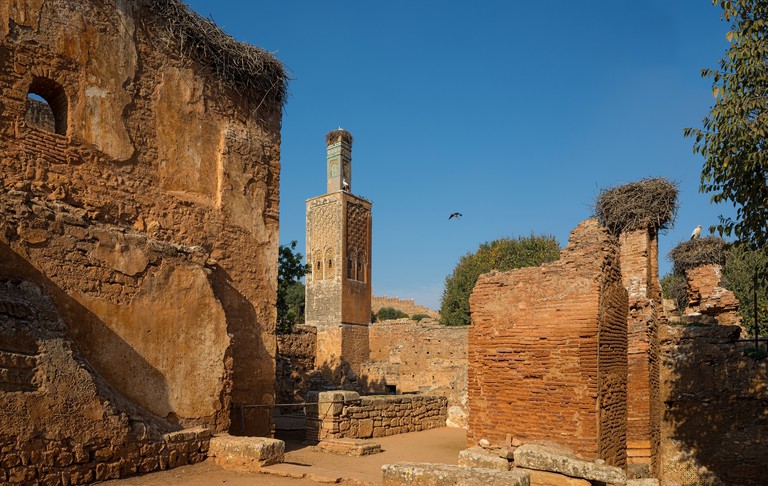 © Photooiasson / iStock
The tawny stone ruins of the Chellah comprise one of the most visited ancient sites in Morocco. It was originally a Phoenician trade market as early as the 3rd century CE. Around 40CE, the Romans built their own city: Sala Colonia. But the Romans lost control of Sala Colonia around 250CE, and it came under Christian Berber rule before they abandoned it in 1154. After that, the Arab Muslim Almohad dynasty continued to use the site as a necropolis. Since the Chellah is in Rabat, it can easily be reached on foot or by taxi.
Open In Google Maps
Chellah, Rabat, Morocco
Give us feedback 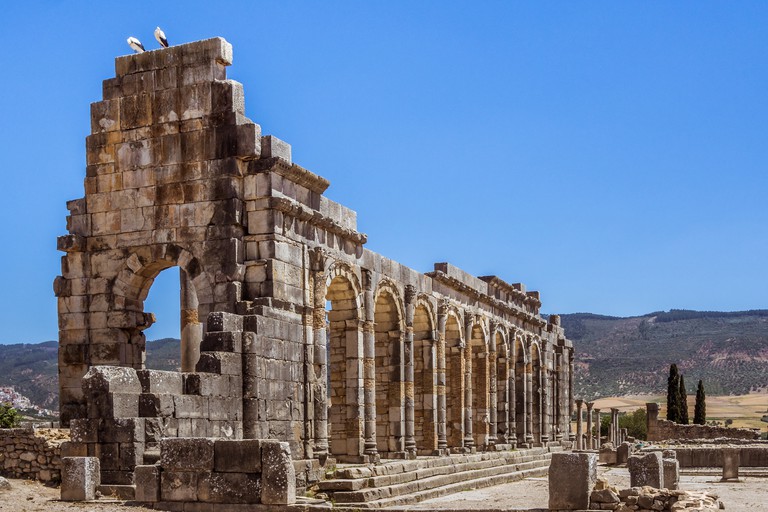 © Pierre-Yves Babelon / Getty Images
Walking around Volubilis among the looming Roman ruins and large, intact mosaics, it’s easy to forget you’re in Morocco. Volubilis is widely considered the capital of the ancient Kingdom of Mauretania. The city was continually occupied between the 3rd century BCE and the 11th century and used by the Phoenicians, Carthaginians, Romans and Idrisid dynasty in different capacities. In 1997, Volubilis was added to the UNESCO World Heritage List. The best way to visit Volubilis is as a day trip from Meknes, where there are both private tours and shared taxis available.
Open In Google Maps
El Menzeh, Ville Nouvelle Meknes, Fez-Meknès, Morocco
+212535544103
Visit Website
Give us feedback

The enigmatic megalith grouping of Msoura is one of the largest remaining stone circles in the world – and possibly the burial site of one of the first Mauretanian kings. Little is known about the site, but it is believed to date back to the 3rd or 4th century BCE. There is also evidence that the stone circle has astronomical significance. Visit at your own risk, as many Moroccans believe Msoura is cursed. Since it is remote, it’s best to go to Msoura with a guide from Tangier or to hire a taxi in Asilah. 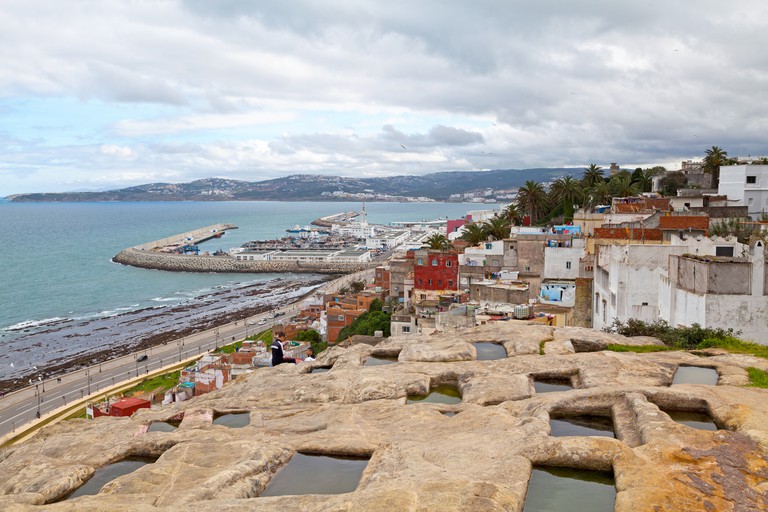 Although this ancient site is a popular picnic and photo spot for Tangier locals, it doesn’t get much love from tourists. It may seem glib to hang out on top of a 3,000-year-old cemetery, but it’s easy to forget where you are when you see the views. On a clear day, you can even make out Tarifa, Spain in the distance. Unfortunately, the tombs sometimes get trash caught in them, especially due to the wind. The Phoenician Tombs are located a 15-minute walk from Tangier’s Kasbah Museum, right next to Café Hafa. 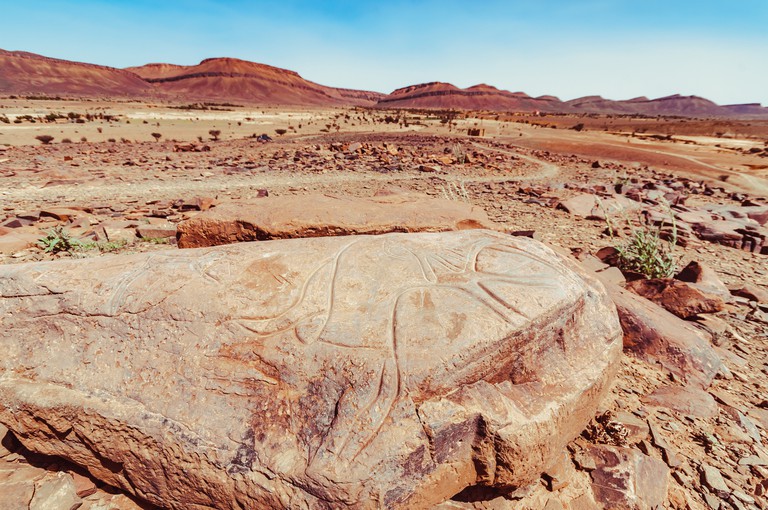 In the heart of the Sahara Desert are prehistoric rock carvings depicting various hunting and battle motifs and various animals. Cattle and antelopes are the most popular, but rhinos, giraffes and elephants are not uncommon. There are over 300 rock art sites around Morocco concentrated mainly in the High Atlas Mountains, and across the Sahara Desert. The site near Ait Ouaazik is one of the most accessible. It is possible to drive here, but better to go with a local guide if you are unfamiliar with Moroccan roads. Alternatively, you might be able to visit as part of a desert trek from Zagora.

Open In Google Maps
Drâa-Tafilalet, Morocco
Give us feedback 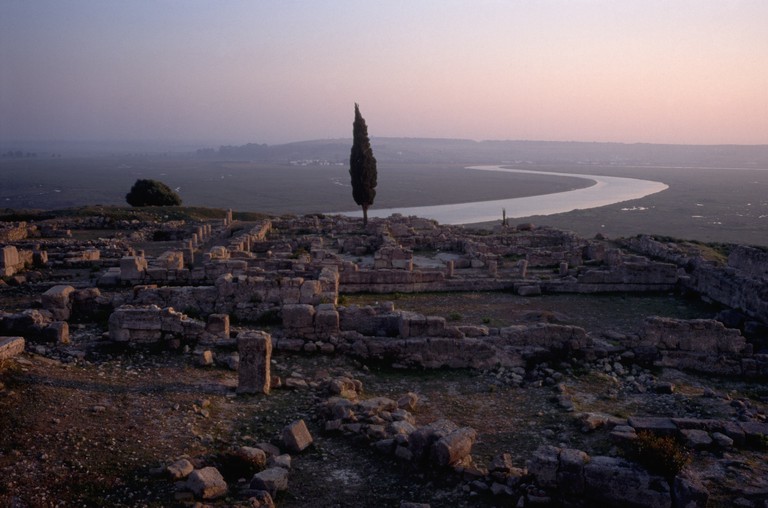 The dusty, sun-drenched stones of Lixus were first settled by the Phoenicians over 2,000 years ago. Since then, several civilisations have controlled and built over different parts of Lixus. Local lore suggests that it was also the mythological Garden of the Hesperides. There are Roman baths, mosaic floors, an amphitheatre and a Christian church, so make sure to give yourself plenty of time to get lost amongst the jostling remnants of antiquity. The archaeological site of Lixus sits on the outskirts of Larache on the northwest coast of Morocco. It’s an hour-long walk, or a taxi ride from nearby Larache. 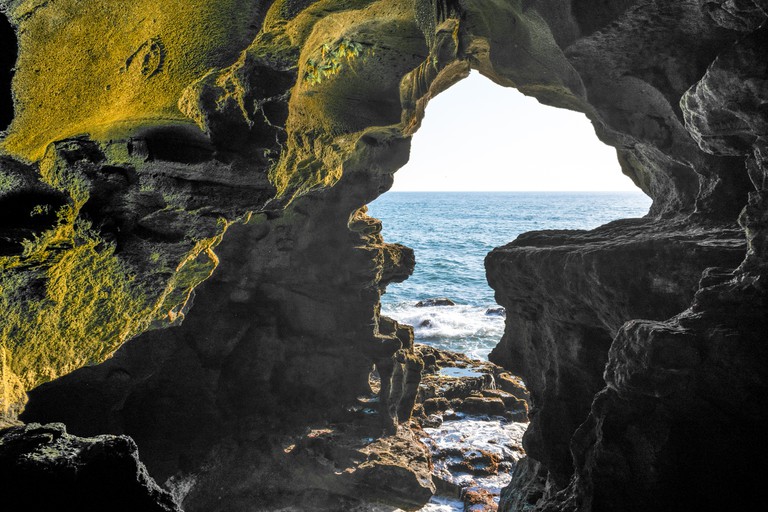 © Zakaria El Yamni / Getty Images
Legend has it that the ancient Greek hero Hercules rested here before one of his 12 labours. This cave complex is at least 8,000 years old and was originally believed to be bottomless. It has two entrances, the more famous of which is the “Map of Africa” – a supposedly Phoenician man-made entrance that faces the sea and is shaped like the continent of Africa. The Cap Spartel lighthouse stands close to the Caves of Hercules at the entrance to the Strait of Gibraltar – the northwesternmost point of mainland Africa. It is a 15-minute car ride from Tangier.
Open In Google Maps
Tangier, Morocco
+212606703374
Visit Website
Give us feedback
Give us feedback