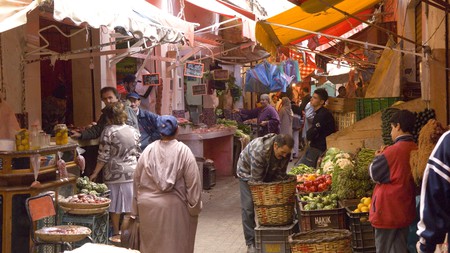 While most parts of Casablanca date back to the French colonial period or the following years, the old medina is the place to go if you want to get a glimpse of what Casablanca was like before French rule. 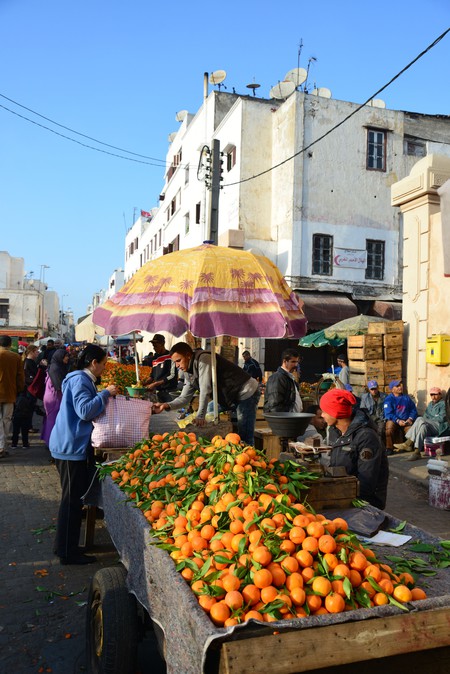 The coastal area of Morocco that is now the huge financially focused city of Casablanca started life as a Berber settlement. Berbers first lived in the area around 10 BC. They created a port and the area was known as Anfa. Phoenicians and Romans later realised the area’s potential, operating port activities from the coast. Indeed, the Romans enlarged the port and established trading routes with the south of Mauritania.

After many years of Roman rule, a different Berber community moved to the area. The Berber kingdom was called Barghawata. Berbers lived close to Anfa again from around 740 AD, with the kingdom growing and gaining strength, eventually capturing the city in 1068 AD. Anfa was then under the control of the Almoravid dynasty. It continued life as a significant port, with the Marinids strengthening the port’s connections in the 14th century.

As Anfa’s port became more important, the area started to attract pirates and other nefarious characters. The Portuguese subsequently destroyed the area in the late 1460s and later (in 1515) established a military fortress on the coast, opposite the port. The Portuguese originally called the surrounding area Casa Branca (White House), though this was later changed to the Spanish Casablanca due to unions between Portugal and Spain. The bastion, known as Scala (or Sqala), dates back to the Portuguese era, with the Portuguese responsible for the early beginnings of the medina in Casablanca.

After numerous attacks from local tribal groups, the Portuguese left the area in around 1755. It is thought that an earthquake was the deciding factor in the Portuguese abandoning Casablanca for good. 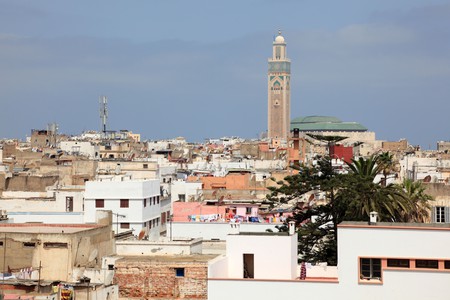 After the departure of the Portuguese, the area came under Moroccan control again. The sultan at that time, Sidi Mohammed Ben Abdallah, expanded the medina. Defensive walls were built around the main settlement, with the Portuguese fortress at one side of the walled city. The high walls were to prevent more attacks and allow locals to live in peace and safety. People established homes and businesses within the sanctuary. The Spanish assisted with construction. Trading recommenced from the port in 1830. The sultan renamed the town Ad-dar Al Baidaa’, the Arabic translation of White House, though the Spanish name remained in common use as well.

Although the French colonised Casablanca in the early 1900s, the old medina was largely left alone. The French built their own planned city outside of the medina’s walls, with wide avenues, large squares and European-style buildings. This is similar to the situation in Marrakesh, where the old medina pre-dates the European part of the city, Gueliz.

Casablanca’s medina may not have the historic vibe, the appearance, the size or the character of other medinas around Morocco, but it’s still a pleasant place to take a short stroll today. You can see how locals have lived for the past several hundred years as you pass by homes in the narrow alleyways. While it may not have the vibrant souks of other medinas, there are still plenty of shops and stalls where you can pick up souvenirs and see where locals go to shop. Located between the iconic Hassan II Mosque and downtown Casablanca, you can wander through the medina while making your way between other city sights. It is the best place in Casablanca for seeing the traditional local way of life. 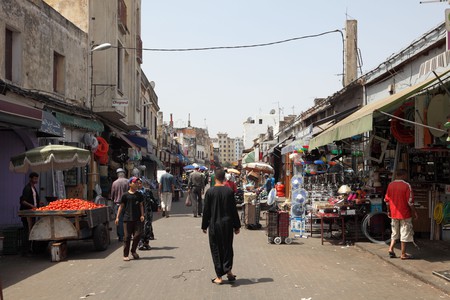 Street in the medina of Casablanca, Morocco | © philipus / Alamy Stock Photo
Give us feedback