5 Films To Watch Before You Visit Marrakech 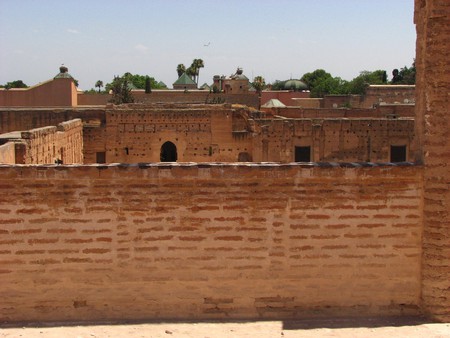 Over the years Morocco has provided the set for many films, film stars, and crews including Othello, Babel, Sahara, The Jewel of the Nile and more! With Ouarzazate (known as the Hollywood of Africa) less than 200 kilometers from Marrakech, where Gladiator and Babel were shot, the red city is often a destination for film-makers and crews as well. We’ve picked our top five films to watch before visiting Marrakech in hopes that you may recognize some of the film sets upon arrival.

Based on the book by Ester Freud, Kate Winslet stars as the mother who takes her two young daughters to Morocco in the 1960s in search of freedom and love. Told through the eyes of the youngest daughter Bea, the girls experience an adventure in Morocco, many scenes of which are filmed in the foundouks of Marrakech’s Kaat Bennahid neighborhood.

Shot in 2004 in the streets of Marrakech and throughout Morocco, and directed by Oliver Stone with a star-studded cast including Colin Farrell, Anthony Hopkins, Angelina Jolie, Val Kilmer, and Jared Leto. The historical drama tells the tale of the Alexander the Great’s life, from his early days through his days as King of Macedonia, when his empire expanded to include Egypt, Persia, parts of India, and Asia Minor.

Having premiered at the Cannes International Film Festival in 2011, where it was nominated for a Palme d’Or, The Source tells the tale of women in a village who go on a sex strike in protest of having to travel great distances just to fetch water each day. Encouraged by ringleader Leila, the educated wife of a teacher, and supported by an elder in the village, the women face a tough challenge to get the men to bring water to the village.

Sex and the City 2

While the film claims to be set in Abu Dhabi, visitors who have passed through Marrakech Menara airport will recognize the architectural gem from the beginning of the movie along with souk scenes throughout. Familiar scenes of the souks, Taj Palace hotel in the Palmeraie district where the film was shot, and even the Sahara Desert will be easily recognizable to anyone who was travelled to Morocco. The film was released on May 27th, 2010 and grossed $294.6 million at the box office.

Set in various locations throughout Morocco, including Marrakech and Casablanca, Tom Cruise stars as Ethan Hunt, a man on the run from the CIA, in this action flick. Kasbah Oudayas in Rabat provided the backdrop for filming as well as Cruise to do some stunts in his BMW. Meanwhile the Marrakech stadium provided the film set for two days before moving on to Agadir on the Atlantic Coast. The film was released on July 31st, 2015 and grossed $682.3 million worldwide.