Sheep grazing in Toubkal National Park | © Wikimedia Commons
There are many ways to enjoy Morocco’s great outdoors, from hiking in the arid desert, basking on beautiful beaches, trekking through the mountains, cycling through diverse terrain, and enjoying varied water sports. Add more to your Moroccan adventures and visit some of the nation’s glorious national parks too.

Park, Natural Feature
Village in Toubkal National Park | © Wikimedia Commons
Located in the High Atlas Mountains and within easy reach of Marrakech, Toubkal National Park is home to the highest mountain in North Africa: the soaring Jbel Toubkal. Other mountains within the undulating park include Le Tichki, L’Aksoual, Bou Iguenouane, and Ouanoukrim. Founded in 1942, it is the oldest national park in Morocco. It is also the nation’s most-visited national park. The cooler temperatures and fresh mountain air make it a popular retreat from the thronging crowds of the city. There are several hiking trails through the park, including the challenging Toubkal Circuit. Creatures that roam the area include mongoose, porcupines, and lizards. Atlas vipers slither through the undergrowth while golden eagles soar majestically through the air.
More Info
Open In Google Maps
Médina Marrakech, Marrakech-Safi, 40000, Morocco
+212670341714

Park
Verdant views across Ifrane National Park | © Wikimedia Commons
Situated in the Middle Atlas Mountains, Ifrane National Park is known for its cool temperatures, Barbary macaques, and aromatic cedar forests. Within easy reach of the heart of Ifrane town, the park is home to a rich array of flora and fauna. In addition to cedar trees, more than 1,000 other plant species grow in the area. These include pines, junipers, maples, yews, and oaks. Various species of birds flit through the branches and fly through the skies, while animals that call the park home include different reptiles, Barbary boars, and rodents. There are several shimmering lakes throughout the park.
More Info
Open In Google Maps
21 زنقة شوارة, فاس, Fez-Meknès, Morocco

Park
Dakhla National Park can be found in the southern part of Morocco. The highlight is a large and striking lagoon that not only looks divine but is also home to several interesting creatures. Keep a look out for dolphins and porpoises swimming through the waves as various birds bob on the waters and fly through the skies. You may also, if you’re lucky, catch a glimpse of a rare and endangered monk seal.
More Info
Open In Google Maps
Dakhla, Morocco

Park
Coastal views of Al Hoceima | © Wikimedia Commons
A fairly small and remote national park, Al Hoceima National Park includes coastal lands and sections of the sea. The rough terrain is best explored in a four-wheel-drive vehicle. A top place for cycling and hiking, visitors can see several rare and endangered plant and animal species, including fish eagles and thuya forests. There are a number of Berber villages sprinkled throughout the park.
More Info
Open In Google Maps
Tangier-Tétouan-Al Hoceima, Morocco

Park
Birds in Sous-Massa National Park | © Wikimedia Commons
Located close to the popular beach resort of Agadir, Souss-Massa National Park is another top spot for keen bird watchers. The estuary attracts many feathered creatures. Spotting an endangered northern bald ibis is a highlight for many visitors. Breeding programs for creatures such as gazelle and oryx are undertaken in the park. Landscapes include beaches, dunes, and wetlands.
More Info
Open In Google Maps
Sidi Binzarne, Souss Massa, Morocco
+212654454762
Visit website

Park
Tourists keen to experience the rugged splendour of the desert should add Iriqui National Park to their Moroccan bucket list. The national park is located in the provinces of Tata and Zagora, between the Anti Atlas Mountains and the Draa River. There are rolling sand dunes, an acacia-studded savanna, and a woodland-covered steppe. Lake Iriqui is a haven for diverse bird species, attracting a number of migratory birds like flamingoes and geese. Other creatures that visitors may spot in the park include lizards, Barbary sheep, ostriches, snakes, gazelles, and striped hyenas. Excellent grazing lands attract nomadic people with their animals.
More Info
Open In Google Maps
Souss-Massa, Morocco

Nestled in the Rif Mountains, Talassemtane National Park was established in 2004 to protect the country’s last remaining fir forests. Rich in birdlife, the national park is a popular hiking destination from the nearby charming blue city of Chefchaouen. The so-called Bridge of God is an unusual natural stone archway. The spectacular Cascades of Akchour are within easy reach of the park. 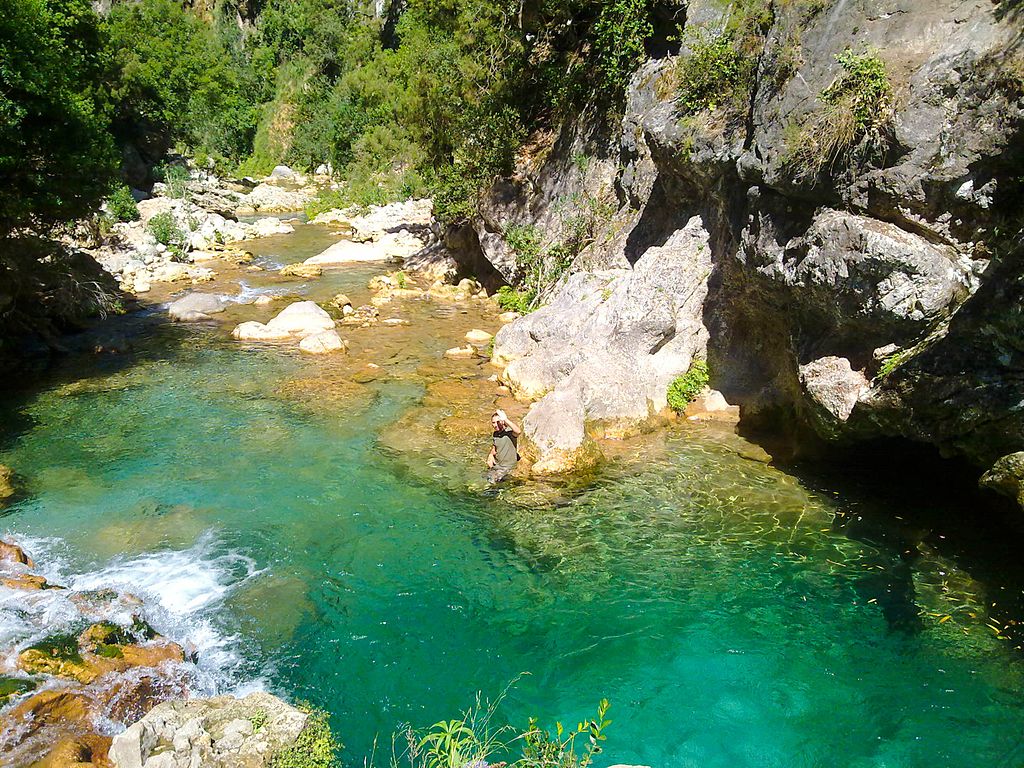 Park
Haut Atlas Oriental National Park is located in Morocco’s High Atlas Mountains. It is also known as the western High Atlas National Park. There are several cultural sites within the park, along with small villages and areas of natural interest. The park’s highest point is Jbel Tanrhourt, and there are two lovely lakes also within the park’s boundaries: Tislit and Isli. Cedar, oak, pine, and juniper are among the tree species, and animal life includes gazelles, Barbary sheep, and various rodents, reptiles, and birds.
Morocco also has plenty of other places of natural interest in addition to its gorgeous national parks.
More Info
Open In Google Maps
Béni Mellal-Khenifra, Morocco
+212619616178