These Peruvian Languages Will Soon Be Extinct 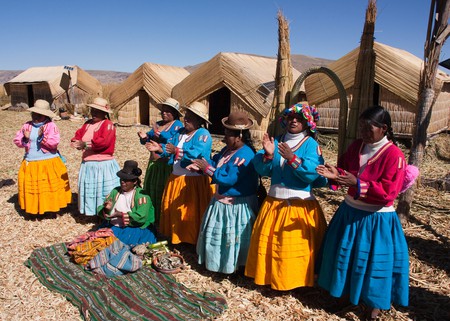 Every two weeks, a language is lost forever; Peru is no exception. Forty years ago, half the population spoke Quechua or another native language. Now, only 13% of Peruvians speak one of the 47 native languages. Since colonization began in the 16th century, not only has Spanish become the official language, also 37 native languages disappeared. 17 languages are now endangered and four are in critical danger of extinction.

A language translates into identity and culture. Once it dies, an entire culture goes with it. Although the Peruvian Government is working to preserve most of these languages, truth is that stigmatization for speaking something other than Spanish is as common as the lack of access to resources (mostly written in Spanish) for its native speakers.

740 people are thought to be the last Jaqaru speakers, a language within the Aymara family. It’s spoken in the Tupe district, in Lima’s mountainous region of Yauyos. This amazing language of 10 verb persons was in existence before the Incas and, if broken into two words, it means “human being” (jaqi) and “communication” (aru). Jaqaru speakers are descendants of the Wari culture. Gender plays a role in their communication since women and men have different ways of greeting and calling. Unfortunately, Jaqaru is no longer the first language for new generations. Not far from Tupe, a Jaqaru dialect is in serious danger of disappearing: Kawki or Cauqui is only spoken by 11 elders in the village of Cachuy.

With only three speakers left, the Muniche language was thought to have been extinct in the late 90s. Muniche is considered an isolated language, meaning it doesn’t have a relationship with other local languages—like Euskera in the Basque Country— although it has borrowed words from Quechua possibly for business purposes. It was spoken in the town of Munichis, near Yurimaguas, a city in the Loreto region.

Amadeo Garcia is 68 years old and the last survivor of the Taushiro ethnic group from the Amazonian region of Loreto, meaning he is the only speaker of the Taushiro language. Garcia keeps it alive by speaking to himself outloud or signing in Taushiro. He was recently awarded on International Mother Language Day for keeping Taushiro alive by working with linguists to properly document his knowledge. Unfortunately, once Garcia passes, his entire culture, including his language, will disappear forever.

Chamicuro is another Arawakan language that is nearly extinct. Only two elders who live in the basin of the Huallaga river in Loreto speak Chamicuro, despite the ethnic group having a population of 10 people. Unfortunately, very little documentation has been done on this dying language, according to the Ministry of Culture’s indigenous peoples database, and it’s missing an official alphabet and a proper oral recording.

The last woman who spoke resígaro was murdered last year. Now, her brother is the only speaker left in this ethnic group from the northern Amazon, with a low population that has been decreasing since the Caucho fever. A resígaro alphabet, a vocabulary and a dictionary was put together by American evangelists in the 50s, and new additions and corrections have been interrupted since the murder happened. This is a video of Rosa Andrade Ocagane singing in her native language, days before she was found dead.

In 2013, only five people over the age of 65 spoke Isconahua. Allegedly, there is an isolated ethnic group that speaks the language but due to their confinement there are no studies on the subject. The Isconahua people have stopped communicating in their original language after Shipibo-Konibo, another indigenous language from the Amazon, became dominant.

The last four known speakers of Iñapari, a language in the Madre de Dios jungle region, didn’t have children and communicated in Spanish. This information was documented in 1999 and since then it has been considered a nearly extinct language. Iñapari belongs to the Arawakan language family, spoken by indigenous people from the Amazon.

Listen to some Peruvian indigenous languages:

The Peruvian Ministry of Culture has instructed translators in 36 of the 47 endangered languages to help the speakers in bureaucratic process where Spanish is the only language available. The Ministry of Education has also set up 20,000 bilingual schools to ensure that newer generations don’t lose their native language. There’s even a Quechua news show transmitted by Peru’s public broadcaster. Although all languages are meant to die and to give birth to a new one, the best way to slow down the process is by fighting discrimination of indigenous people for speaking a language other than Spanish.