How to Spend 24 Hours in Trujillo, Peru 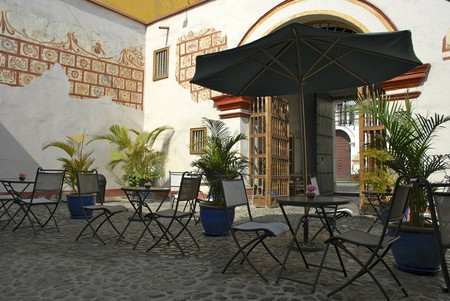 A look at the city of Trujillo | © Urande / Pixabay

The northern city of Trujillo is Peru’s third largest city, and easily has enough going on to keep you entertained for at least a week. If you only have a day to spare, here’s a guide to seeing all the ancient ruins, colonial architecture, beautiful buildings, and still have time to surf and eat some of the country’s best ceviche.

One of the oldest traditions in all of Peru is practised by the fishermen in the fishing village of Huanchaco, a 15-minute bus ride from Trujillo. There you’ll find the fishermen building reed boats to fishing in the water just outside of the beach, a tradition that has continued for 3,000 years. The fishermen and their boats have become the symbol of this beach town, and are one of the more iconic images in Peru. Take some photos of them and, if you work up the courage, some will even let you try and surf on their boats. 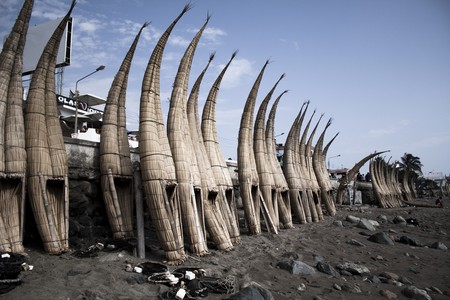 Huanchaco has become one of the foodie capitals of Peru. You’ll find everything from fresh seafood, classics ceviche and interesting fusions. The beach town is also known for its great selection of vegetarian and vegan restaurants – they have some of the best picarones stands in Peru, just off the pier at night.

Before the Incas took over all of Peru, the area of Trujillo was ruled by two of the country’s first civilizations. The Moches ruled the area from around 100 to 800 AD, and their ruins can still be visited. Huaca del Sol and Huaca de la Luna are the best representation of the Moche culture and their buildings. The most popular ruins to visit in the area are Chan Chan. They were built by the Chimu culture, the second civilization to inhabit the Trujillo area. The site is most frequented because of its grand size and the quality of its ruins. It is only a 10-minute bus ride from Trujillo or Huanchaco. 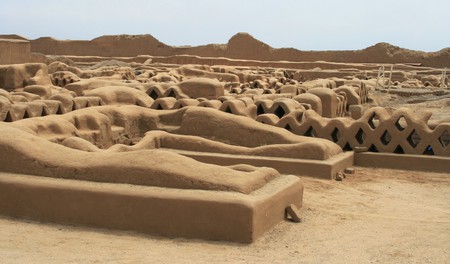 If you want to learn how to surf, Huanchaco is a great place to give the sport a try. There are plenty of surf schools in the area, and there seems to always be some swell. 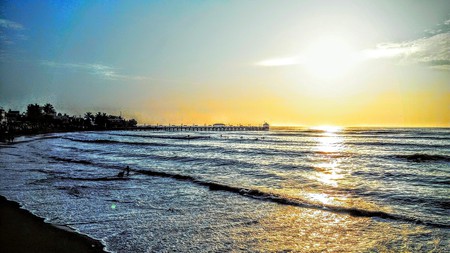 A sunset over the beach town of Huanchaco | © clenesalles / Flickr

Experience a night in Trujillo

Plan to catch the sun setting over the colonial center in Trujillo and then stroll the city in the cool night breeze. The historical center is known for its stunning colonial architecture and beauty. If you want to learn more about the city center and its surrounding buildings, you can take a walking tour of the area.