Nestled amid the Andes Mountains, Quito is a city bustling with culture. From the national treasures of Ecuadorian art such as Oswaldo Guayasamín to cutting-edge street art festivals, Quito offers an immense artistic diversity and cultural venues, exhibition spaces and museums to match. Here is a selection of ten of the best contemporary art galleries in Quito. 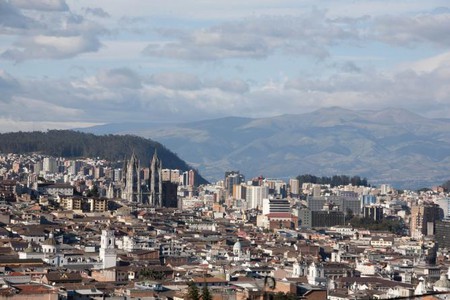 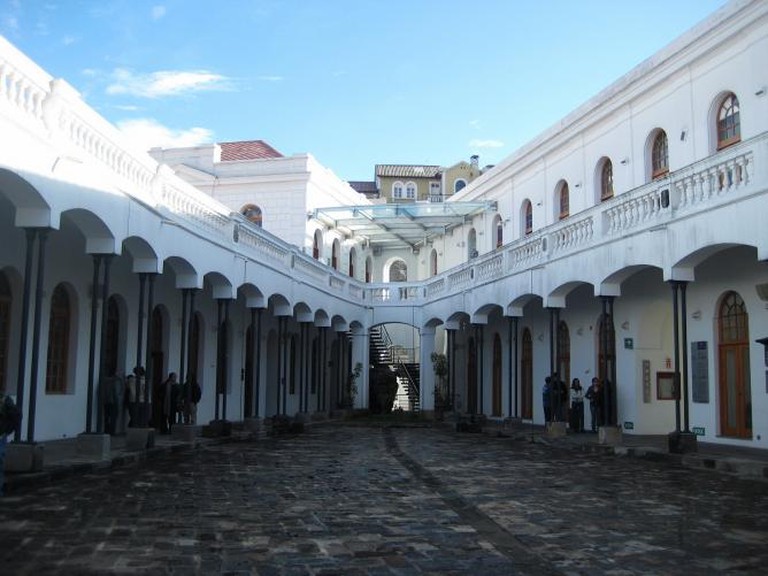 Contemporary Art Center of Quito, Quito | © Julianita Qué Tal/Flickr
The Centre for Contemporary Arts of Quito is located in one of the most interesting and historically relevant buildings in the city. The construction of the building was ordered by president Eloy Alfaro at the turn of the 20th century and, over the years, the site has served as a sanatorium for tuberculosis patients, military barracks and military hospital until it was completely abandoned and subsequently illegally occupied. In 2006 the City of Quito reclaimed this illustrious building and decided to renovate it. The Antiguo Hospital Militar was once again opened to the public in 2008 as the Centro de Arte Contemporàneo. With its many pavilions and exhibition halls, supplied with state-of-the-art equipment, and its incredible programme of exhibitions, conferences and workshops CAC is an outstanding example of what Quito’s art scene has to offer.
Open In Google Maps
Montevideo, San Juan Quito, Pichincha, 170103, Ecuador
+59323946990
Visit Website
Give us feedback

MarsuArte first opened its doors to Quito’s art scene over 28 years ago. Since 1985, this gallery has expanded its activity to include three different exhibition spaces, leading it to become one of the most active galleries in Ecuador. MarsuArte features works from established Ecuadorian and South American artists such as Elvira Valenzuela with her stainless steel sculptures, Patricio Bermeo, known for his abstract paintings, Marco Vàsquez and his luminous landscapes as well as a selection of 20 internationally renowned artists. In addition to gallery-specific activities, MasruaArte regularly organises some of the most exclusive auctions in Quito. 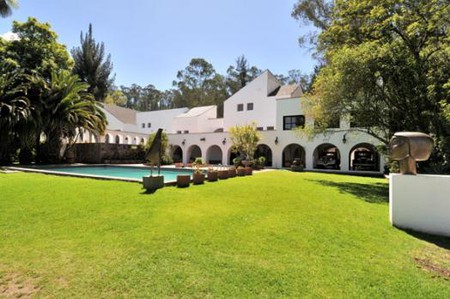 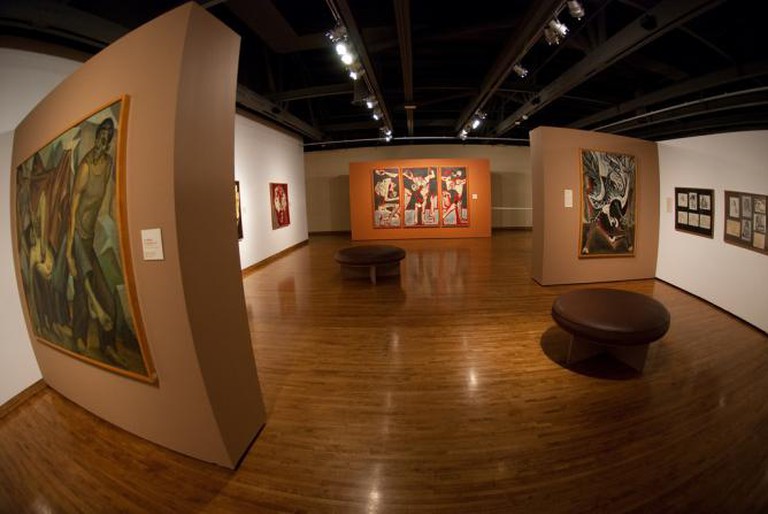 Fundación Guayasamín, Quito | © Eric Chan/Flickr
Oswaldo Guayasamín is one Ecuador’s most remarkable and acclaimed artists. Born in Quito in 1919, Guayasamín manifested his uncanny talent at a very young age; against his father’s will, he studied at the Academy of fine Arts of Quito and hosted his first solo exhibition at the age of 23. His sculptures and painting have been exhibited in the most important museums of the world, from St Petersburg’s to Madrid’s Contemporary Art Museum. His artistic research analyses the spectrum of human pain in relation to the darkest moments of the 20th century. Situated in a beautiful colonial-style villa which used to be the artist’s residence, the House-Museum Guayasamin is a cultural institution created with the purpose of preserving and promoting Guayasamín’s artistic heritage. In addition to hosting 250 of Guayasamín’s paintings, the museum offers access to the artist’s outstanding collection of over 4,000 pre-Columbian and colonial artefacts.
Open In Google Maps
Mariano Calvache, Bellavista Quito, Pichincha, 170122, Ecuador
+59322446455
Visit Website
Give us feedback

The stark white walls and elegant minimalistic decor are two of the signature elements that complement the contemporary artwork showcased at Ileana Viteri. The core mission of this gallery is that of promoting emerging Ecuadorian and Southern American talents. All forms of artistic expression are welcome here: sculpture, painting, photography and installation. One of the recent exhibitions, Otra Vez, focuses on Lucia Falconì, whose art has been featured in some of the most prominent galleries of Europe and South America. Falconì was also recently hired to create a mural to adorn the dining room of Casa Gangotena, one of Quito’s finest hotels. Otra Vez showcases some of the artist’s most interesting floral-themed artworks and is open to the public until 9 April. 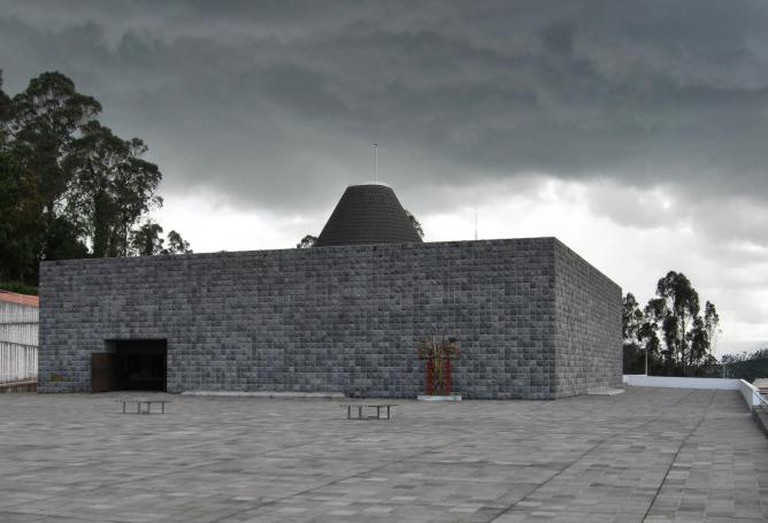 Capilla del Hombre, Quito | © zug55/Flickr
Capilla del Hombre is Oswaldo’s Guayasamín ultimate work of art. This cultural and architectural space is a monument to human suffering but most importantly a tribute to the indigenous population of South America and its tragic history. This sculptural chapel contains a selection of Oswaldo Guayasamín’s artworks as well as part of the artist’s collection of pre-Colombian artefacts. Although less comprehensive than the collection found within Oswaldo Guayasamín’s home-museum, the building itself is designed to provide the ideal atmosphere to admire these works of art. Located in the same place as the House-Museum Guayasamin, your entrance fee gains you access to all the sites.
Open In Google Maps
& Lorenzo Chávez, Bellavista Quito, Pichincha, 170135, Ecuador
+59322448492
Visit Website
Give us feedback

Galeria de Arte Urbano is probably one of the most exciting events of the year. This unconventional ‘gallery’ is actually an experiment that involves the urban art or graffiti in various locations around Quito. The first urban circuit was created in 2013 and included the works of over 300 artists for 30 consecutive days. Each location has a specific theme and the work is executed by a collective of artists directed by a ‘chief of operations’. With its 3,800 square metres of artistic space, Galeria de Arte Urbano is the one of the biggest open-air art events in the world. While this year’s edition isn’t planned until November, visitors can still admire 2013’s graffiti in their original locations. 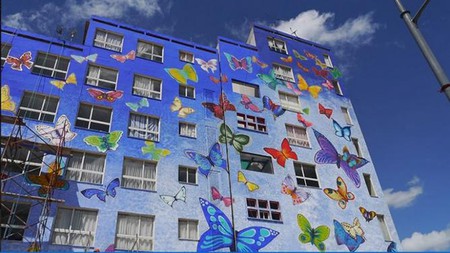 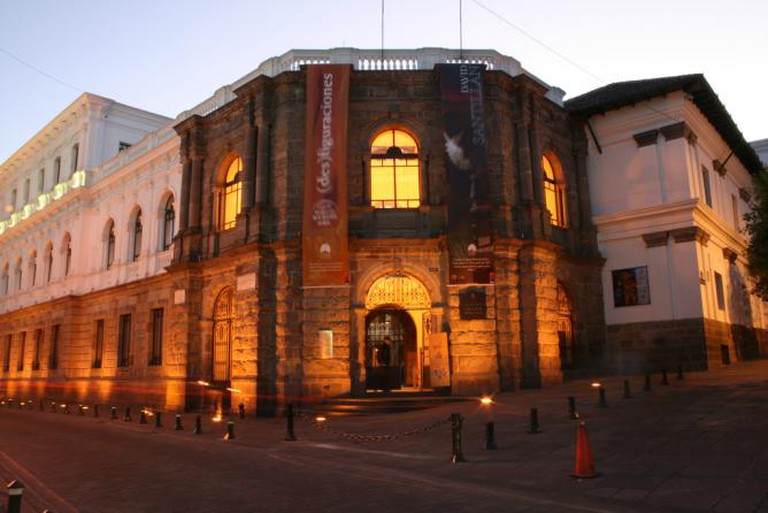 Metropolitan Cultural Center, Quito | © Centro Cultural Metropolitano
With its comprehensive programme of exhibitions, conferences and concerts, the Centro Cultural Metropolitano is the cultural hub around which Quito’s artistic life revolves. Found in a beautiful 400-year-old complex rumoured to have been built on the remains of an ancient Mayan palace, this centre is, first and foremost, dedicated to the promotion and enjoyment of the diverse cultural heritage of the country. Most of the galleries on the first floor host temporary exhibitions and are generally free to the public, while the second floor hosts the Museo Alberto Mena Caamaño, a contemporary and colonial art museum. The most iconic exhibition space of the Centro Cultural Metropolitano is definitely the colonial-style open courtyard with its high glass ceiling and delightful café.
Open In Google Maps
Sebastián de Benalcázar, Centro Histórico Quito, 170130, Ecuador
+59323952300
Give us feedback 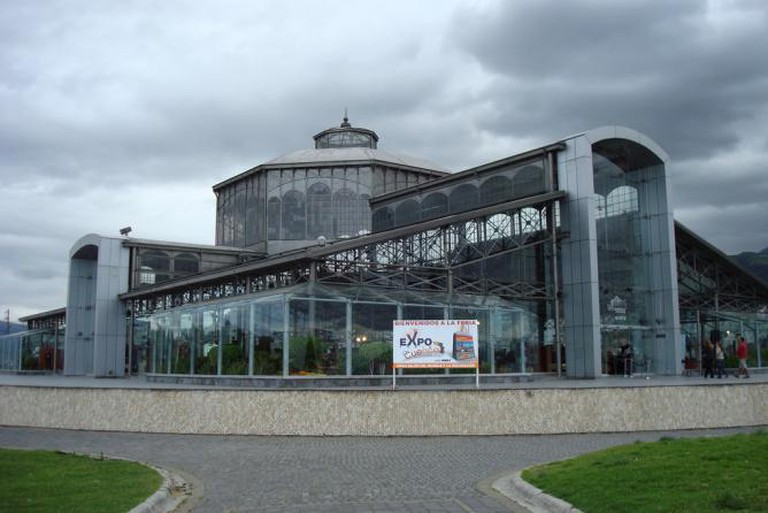 Centro Cultural Itchimbía, Quito | © Germania Rodriguez/Flickr
Located on the hill of Itchimbía, this cultural park is also known as Quito’s Pharmacy due to the incredible variety of medicinal herbs that grow nearby. Among its various attractions, the most intriguing is the Palacio de Cristal, an outstanding glass building that overlooks the entire city. The structure was originally brought from Belgium in 1899 and served as a municipal market place for over 100 years. In 2004 the Palacio de Cristal was dismantled and reassembled in its current location as part of the city’s restoration programme and nowadays serves as a space for performing arts, conferences and exhibitions. Thanks to its privileged position and architectural magnificence, the Palacio de Cristal has become one of the symbols of Quito.
Open In Google Maps
Jose Maria Aguirre, Itchimbía Quito, Pichincha, 170136, Ecuador
+59323226363
Visit Facebook page
Give us feedback

Located at the end of Calle la Ronda, one of Quito’s liveliest streets, Casa de las Artes la Ronda is part of the same municipal project that oversees the Centro Cultural Itchimbía and the Centro Cultural Metropolitano. Thanks to an outstanding renovation project carried out by El Fonsal, an institution dedicated to safeguarding Quito’s historical heritage, this incredible site recently reopened to the public as a cultural centre. Casa de las Artes la Ronda organises exhibitions of national and international artists, workshops, and educational activities mainly aimed at the improvement of the la Ronda neighbourhood while contributing to the artistic and cultural enrichment of the entire city.