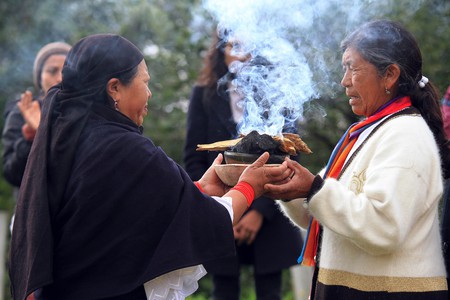 The Festival of the Spring Equinox has ancient ties to pre-Columbian cultures that lived in the Andes of Ecuador long before the arrival of the Inca. The modern-day Ecuadorian Quichua continue the tradition, calling the celebration Mushuk Nina and considering it the beginning of the Andean New Year.

When and where Mushuk Nina is celebrated

Native communities gather at important ceremonial sites throughout Ecuador on or near March 21 – the day when the sun’s path crosses the imaginary line above the Earth’s equator from south to north and the day is almost equally divided between 12 hours of sunlight and 12 hours of darkness.

Most locations for these celebrations are archaeology sites with known connections to ancient tribes who studied the path of the sun and moon in the sky. Finding these gatherings can be tough, as they are often unadvertised and not always welcoming of tourists. The best bet for finding one is to check with museums like those of Cochasqui, Tulipe, Rumipamba, or Ingapirca and see what invitations might be offered on their websites and social media pages. 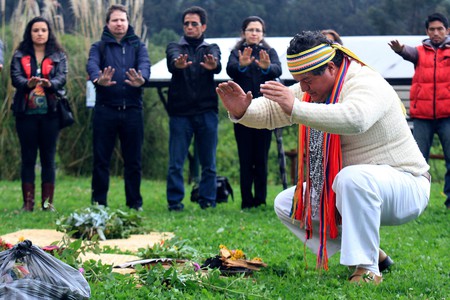 Farming on the equator does not follow a strict seasonal schedule. While there is a rainy season and a dry season, temperatures are the same year-round. It is possible to plant and harvest crops at almost any time of the year. Therefore, a spring festival that celebrates sowing also includes an offering of food.

Families bring their favorite foods for a large display, often built in the shape of the Andean Cross. Sometimes the offerings are also placed in a large circle, with the sacred fire placed in the center. 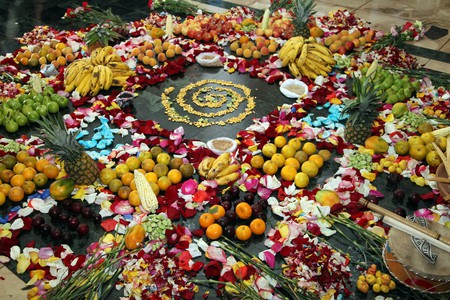 Mushuk Nina is Quichua for new fire. In Andean cosmology, fire comprises one of the four corners of the Andean Cross. Fire cleanses and makes things new. During the celebration, a shaman cleanses individuals and families in the sacred smoke of the new fire, preparing them for the new year. 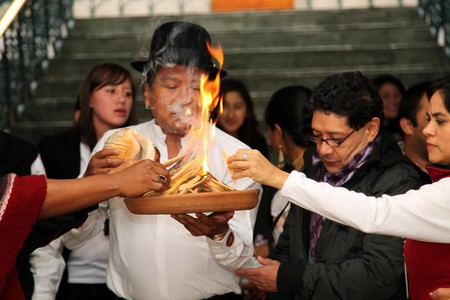 Generally, after the formal ceremony, there is a large festival. Local dance troupes perform while wearing traditional costumes. Musicians play guitars, Andean pipes, flutes, and charangos – an instrument similar to a guitar with a smaller body and five doubled strings. Crowds of onlookers eat delicious traditional dishes made and offered by the community. 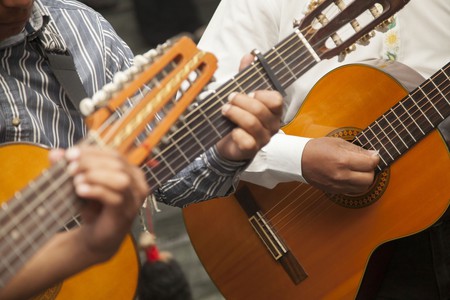