Claudio Cruz: A First-Person Account of Growing Up on Floreana Island 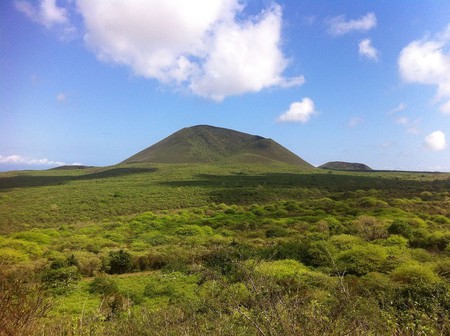 Claudio Cruz grew up on Floreana in the Galapagos Islands and so has experienced its changes first hand. Known as a champion for conservation, Cruz (who runs Floreana Lava Lodge with his family) tells Culture Trip just how the island has changed in his lifetime.

How did your family end up on Floreana Island?

My father arrived by boat in 1939. He was a real lover of nature, so as soon as he landed in Floreana he fell in love with the place. He stayed four years alone on the island and then decided to go out to find his partner. In 1943 he returned to Floreana with my mother and had 12 children on the island. I am number eight.

This is Claudio Cruz, one of Floreana Galapagos's earlier inhabitants and is one of its biggest conservationist in the area. Look up Claudio's story and you will quickly see why he's one of Galapagos's biggest conservation heroes. You can stay with Claudio and his wife in their family owned business called the lava lodge. All the food you will enjoy is grown and prepared by his family. You can also watch him crush invasive wasp nests with his bare hands….the guy has grit! . You can watch a young Claudio in the film “The Galapagos Affair: Satan Came to Eden”, a documentary about the original inhabitants of Floreana. It involves murder, mysterious disappearances, and a polygamous mob boss. There is also a book on it called: The Curse of the Giant Tortoise. Hollywood couldn't make up a better story. . https://www.amazon.com/curse-Giant-Tortoise-Tragedies-mysteries-ebook/dp/B00ILV8S8Q . http://destinationecuador.com/lodge/floreana-lava-lodge/ . . . #travelasmuchasyoucan , #galapagos, #travelersnotebook, #postcardsfromtheworld, #travelblogger, #traveltoeducate, #ecuador🇪🇨, #conservationist, #exploretoeducate, #wisdomwednesday, #careabouttheplanet, #mysterystory, #portraitsfromtheworld, #earthpeople, #instagood, #cultureday, #geography, #conservationisreal, #darwin

What was the best of growing up on Floreana?

The best thing about growing up on such isolated island like Floreana is the tranquillity and peace that it had back in the day. Living in harmony, thanks to the lack of people, made it feel like we actually owned the island. We could go out at any time, not having to worry about anything bad happening to us.

How was it being a child, playing around Floreana?

I think that growing up in such a place like Floreana helps you keep a connection to nature, something that is being lost more and more every day. Not having all the amenities is what makes the island so special—we used to build our own bows and arrows, wooden rafts. We used our creativity to come up with things that probably would have never happened in the city.

What do you miss about living on Floreana Island?

It is true that Floreana is still a beautiful place, but not as beautiful as it was when I was younger. I could definitely say that I do miss old Floreana, where the population was so reduced that we were all just like a big family. There was trust and unity.

How, if at all, is the island different from what it was when you were younger?

Nature-wise, in my youth, we could appreciate the prairies on the island. Now with the increasing number of foreign species, these prairies have been covered by invasive plants like guavas and blackberries. On the other hand, an important change has happened in communications, compared to what it used to be. When I was younger, I had to write a letter and wait for a boat to take it and then bring back an answer two weeks later. Now we have internet and cell phones that allow us to talk to people we love thousands of miles away and get an immediate answer. 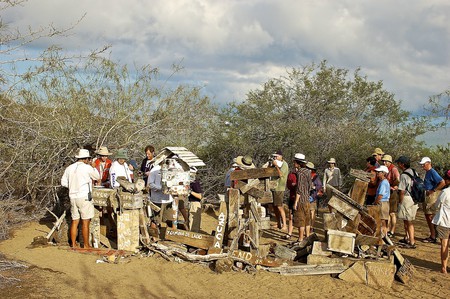 How do you see the future of Floreana? Will you continue to live there?

The island population is going to grow; that is a normal thing, and the population has already tripled in 25 years. Fifteen years from now, we will probably have around 500 people living on Floreana Island. Still, the idea is not to grow but keep the island as natural as possible so it stays similar to how it used to be when I was younger. And I’m sure I will keep living on Floreana.