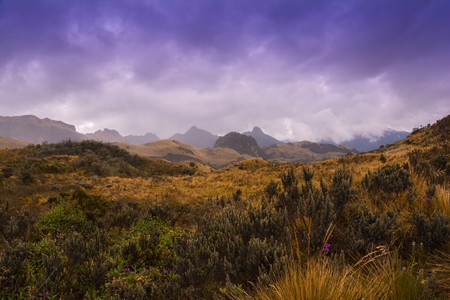 Cayambe Coca National Park, also known as the Cayambe Coca Ecological Reserve, protects two very different regions of Ecuador—the Highland Sierra and the hot, humid Amazon basin as well as miles of temperate cloud forest in between. Although the park has three separate entrances, it is rare to navigate the remote back roads from gate to gate. So here, then, is a guide on how to explore the national park.

The first entrance is near the town of Cayambe in the Pichincha Province, and provides access to the Andean mountain of the same name. This spectacular volcano is the only snow-covered peak on the Equator. 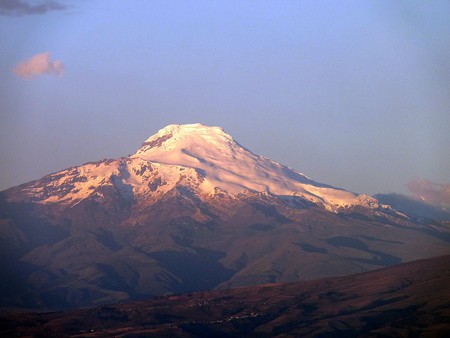 Paquiestancia was once part of the Hacienda La Remonte and lies on the boundary of the national park on the road between the communities of Ayora and Zuleta. From this small village, you can visit waterfalls, high altitude lakes, and forests of endangered trees.

Oyacachi is a small community with a rich source of hot mineral water. There are hot springs, a ghost town, some archeological remains, and miles of stunning countryside.

Hike to the Refugio

The Ruales-Oleas-Bergé Refuge is a hostel-like cabin built to hold up to 80 overnight guests. Most are mountain climbers staying the night before summiting Cayambe. Many hikers use the refuge as a final destination, as it can provide excellent views of the surrounding countryside.

For the most adventurous, the summit of Cayambe awaits. Experts recommend training and acclimating to the altitude before attempting this trek. Compared to many glacier-covered mountains, Cayambe is an intermediate level climb with some hidden cracks to contend with. It is important to start your ascent around midnight in order to make the summit and return to lower elevations before the ice melts in the equatorial afternoon sun. 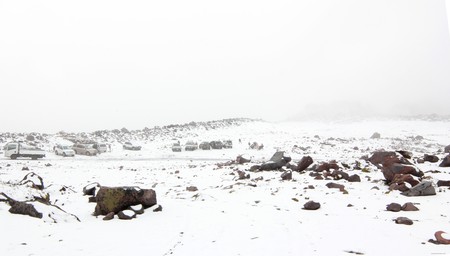 The second entrance is near the spa town of Papallacta, and leads to pocket lakes full of trout and forests full of tanagers. This entrance is actually in the Napo Province and is said to be part of the Oriente, or Amazon Basin, though the terrain is very much Sierran.

Observe nature in the highlands

This unique landscape provides lots of opportunities for bird watchers searching for rare species of tanagers, the sword-billed hummingbird, and the Andean condor. The Andean spectacled bear migrates through this region, and a sighting, though rare, is not unheard of.

The road that leads into the national park from the ranger station can only be used by drivers with a permit to cross. Most visitors just walk in using the road as a hiking trail. The landscape is incredible, and the ever-changing clouds force you to treasure every moment of clear sky. But even on a foggy day it is possible to see gushing waterfalls and cascades, and slivers of silver pocket lakes.

If you like to fish, there are companies that will arrange an expedition to one of the better-stocked lakes. Expect rainy weather for at least part of the day; this area rarely sees the sun for a full day at a time.

The third entry point lies near the community of Santa Rosa de Quijos. It is a great location to see the tallest waterfall in Ecuador, La Cascada San Rafael. This region is considered the East Slope of the Andes and is popular with bird watchers, but lodging can be hard to find as oil companies have leased many of the hotels in the region.

There are two trails with views of the Cascada San Rafael; both take you to the opposite side of the bowl-like ravine. One provides a direct view almost straight across, and the other takes you up a steeper trail for a view looking out over and beyond the waterfall itself. Enjoy the diverse flora—like orchids—and wildlife—especially spiders in their webs—found along the trails. 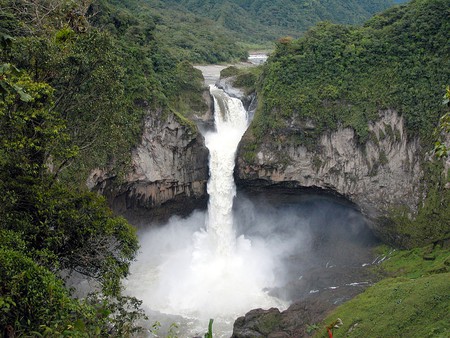 The Cayambe Coca National Park has recognized a small orchid reserve not far from the Cascada San Rafael trails as a place worth visiting. Owner Edgar Guerrero has collected damaged and fallen orchids in the wild and placed them on a hillside on his small property. He takes the time to research the correct conditions so that each orchid can thrive.