Three Days in Three Ways: How To Explore the Atacama Desert 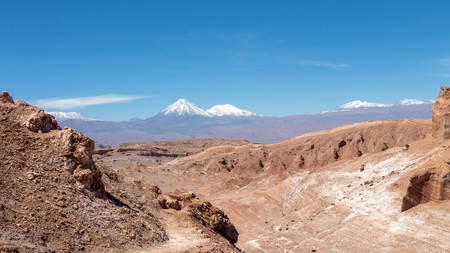 Renowned for its incredible stargazing opportunities, improbably blue lagunas and volcanic landscapes that are out-of-this-world, Chile’s Atacama Desert deserves more than a few days. But if you only have three, here are three different ways to do it.

The Atacama Desert can stir the soul of even the most exacting traveller. The arid winds, salt-rimmed craters and star-studded skies will linger in your memory long after you leave Chile. And this guide will help you do it justice – but first, a note on a few practical matters. 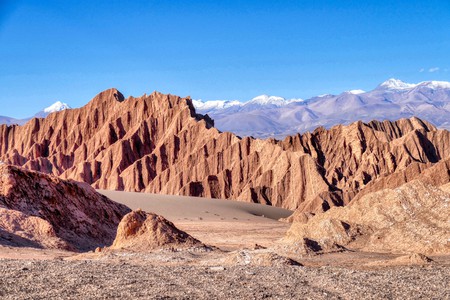 When travellers become too enamoured to leave the Atacama Desert, they usually set up shop in San Pedro, a gateway town that’s home to an eclectic mix of hippies, hitchhikers and hedonists. The town is the de facto base from which to explore the natural sites in the wider Antofagasta Region.

The range of tours, expeditions and excursions available has grown exponentially in recent years, which makes choosing one a lot more difficult. Calle Caracoles, the main street in San Pedro, is lined with travel agencies, each one touting dozens of slight variations of the same package tour. Unless you have access to a local, Spanish speaking guide and a 4×4, it’s best to book when you get there – particularly for sites that are dangerous or difficult to reach. 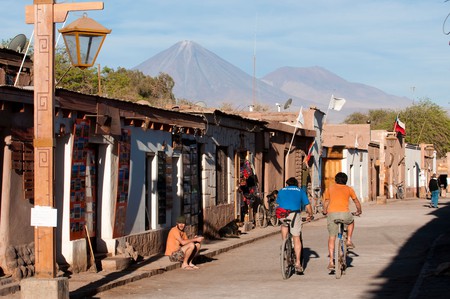 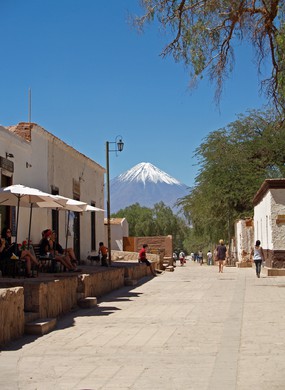 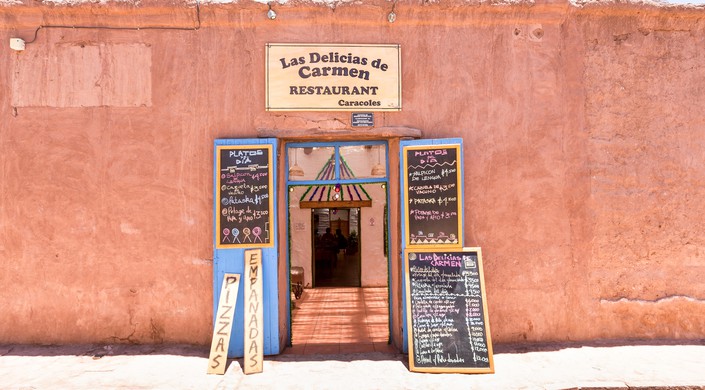 Some tips on dealing with altitude

One of the first things visitors notice about the Antofagasta Region is that journeys here are measured as much in altitude as they are in distance. San Pedro lies at 7,874ft (2,400m) above sea level; the Lagunas Altiplanicas at 13,780ft (4,200m); and Cerro Toco Mountain 18,373ft (5,600m). These numbers might not mean much in and of themselves, but your body will probably feel the difference between one and the other.

While there’s not a lot you can do to tackle altitude sickness if you’re not used to living in very high mountainous areas, you can certainly lessen the symptoms. First, do as the locals do and drink coca leaf tea to ease the headaches, dizziness and nausea. Second, give yourself time to adjust. Leave high altitude activities, like climbing and ascensions, for the end of your trip. 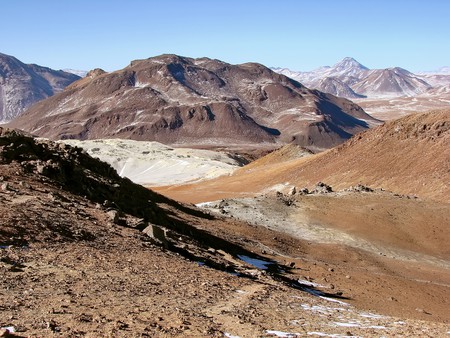 The views near Cerro Toco, a stratovolcano just outside of San Pedro, make the steep climb well worth the effort | © Elijah-Lovkoff / Getty Images

There are few places in the world as geographically varied as Chile. From head to toe, the country stretches north of the Tropic of Capricorn and south just above the Antarctic Circle. The Antofagasta Region, which sits in the north, is one of the most arid areas in the world. But make no mistake, there’s plenty more to see here besides desert sand (though there’s a lot of that too).

Day one will involve an early start and an excursion to Valle de La Luna at 7,428ft (2,264m) – the “Valley of the Moon”. Composed of salt-rimmed craters, volcanic ash and cragged valleys that back onto dramatic swaths of sand dunes, this view alone is worth the plane fare to Calama. And it’s a vista best taken in at sunrise, despite what the name might suggest.

The next destination is located a 20-mile (32-kilometer) drive away and an ascension of just over 3,280ft (1,000m) from the Valley of the Moon. Termas de Puritama is an outdoor thermal spa made by nature, courtesy of a river containing a melange of minerals like calcium, magnesium, sodium and boron. Each of the eight plunge pools are connected by a series of waterfalls that create a kind of jacuzzi jet stream which you can stand under, to drum out any knotty muscles or tight tendons. Complete the evening with a scenic dinner of ceviche and wine overlooking the Guatin Valley. 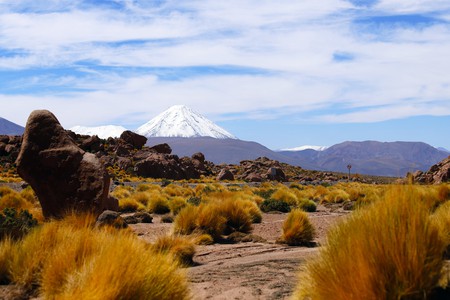 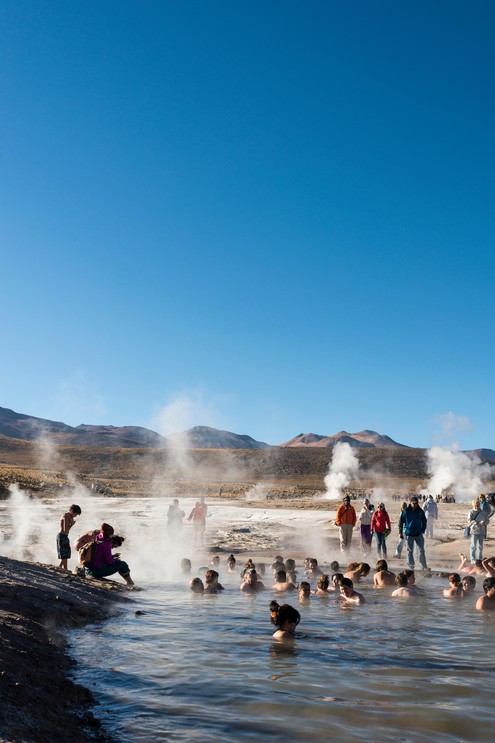 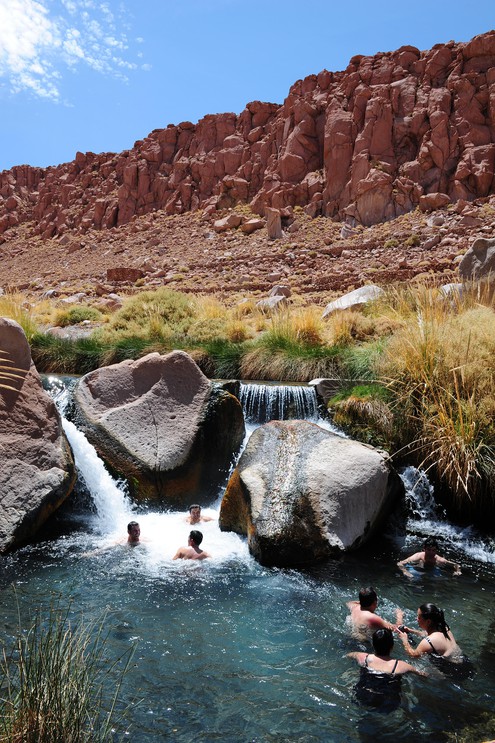 Pack in the sights on day two with a round trip of the Atacama Desert’s greatest hits: the Laguna Chaxa and the Altiplanic Lagoons. The first stop will take you to Los Flamencos National Reserve, a salt flat that is home to the Chilean, Andean and James flamingoes. While these brazenly pink birds steal most of the attention, the lagunas are also home to a much smaller, less ostentatious, but no less important animal known as the brine shrimp. Flamingoes owe their trademark pink hue to their diet of these tiny creatures.

Just over an hour and half from the Laguna Chaxa, you’ll reach the Altiplanic Lagoons. The contrast of green speckled earth and azure blue lagoon feels like a very sudden departure from the dry desert landscape just 150 miles (241 kilometers) to the north. To see both sites in one go, book a tour with the exceedingly good guides at Loca Venturas.

By day three, you should be sufficiently acclimated to visit the Tatio Geysers, which are perched 14,173ft (4,320m) above sea level and nestled among the peaks of the Andes. The geothermal system not only looks out of this world, but is also the closest approximation we have of conditions on Mars. Like many natural landscapes in the Atacama, El Tatio is particularly beautiful during the golden hours at sunrise and sunset. 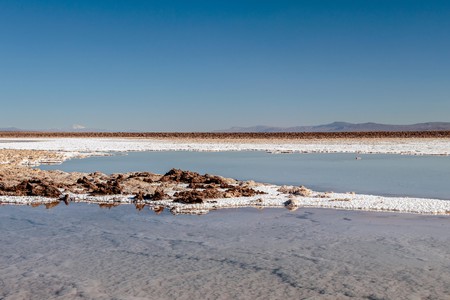 A nerd’s guide to astronomy, archaeology and geology in the Antofagasta Region

Around 300 million years ago, the Atacama Region was hidden beneath the Pacific Ocean. The Andean and Domeniko mountain ranges trapped some of this water into a basin and as the water evaporated, it left behind huge deposits of salt, sediment and sand. The minerals left over from this process form some of the main ingredients of the Antofagasta Region, in particular, the Salar de Atacama – a salt flat basin enclosed by surrounding mountains.

The first destination to nerd out on is the Cejar Lagoon, which lies just a half-hour drive south of San Pedro. The lagoon might not look like much, but it means a lot to scientists, who believe that this small body of water might hold clues to whether there’s life on Mars. A tour with Capricorn Expeditions will help to demystify some of the current scientific research being conducted on the fascinating microbial life forms living in the lagoon. 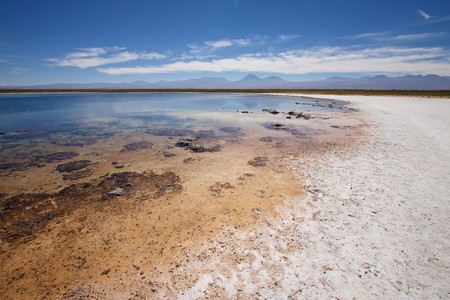 While there are prettier lagunas in the region, Cejar is the only one that might hold clues to whether there’s life on Mars | © Andre Joaquim / Getty Images

Next up on day two is a one-hour drive north of San Pedro. La Valle del Arcoiris is a geological formation whose name translates to “Rainbow Valley”, so called after its three distinct layers of colour. There’s the thick buttress of ochre red clay at the bottom, a glimmering strip of chalky white gypsum in the middle and a top layer of moss-hued volcanic tuff. And hidden in each colour is a clue that reveals part of the valley’s protracted creation story – one that took over 300 million years to play out.

In addition to geological clues, there are archaeological secrets hidden all over the Atacama Desert. But perhaps the most concentrated collection can be found at the Yerbas Buenas, a site known for prehistoric, 10,000-year-old petroglyphs depicting llamas, medicine men and monkeys. Book a tour with the very knowledgeable guides at Whipala Expeditions con Acamarachi, who cover both the Rainbow Valley and Yerbas Buenas in one excursion.

If astronomy is on your itinerary (and if it’s not, it should be), try to time your visit to coincide with a dark night sky. Whatever you do, don’t go during the full moon – while it’s not an unenjoyable experience, you won’t be beside yourself in awe. When it comes to choosing who to book with, there are plenty of options. ALMA hosts day time tours of the facilities, replete with telescopes and scientists. There are also storytelling evenings which draw from constellation-inspired ancestral folktales. 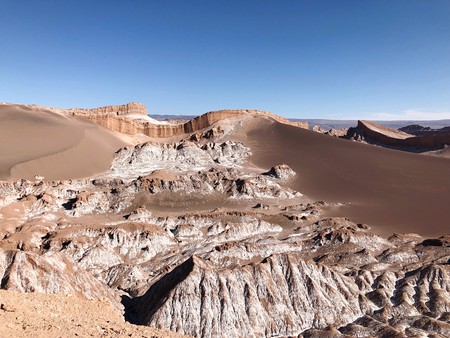 An adrenaline-laced race around the desert on bike, sand board and horseback

For the maniacal, adrenaline addicted, fitness freaks among us, there’s this cycling tour by Loca Venturas – the Full Catarpe. This 7 hour, 30-mile (48-kilometer) ride will take you along some beautiful sites that have been christened with some rather unsettling names: Garganta del Diablo (“Devil’s Throat”) and The Valley of Death to name a few. This route will cover some serious vertical distance, so make sure you get your squat on before embarking on this challenging ride.

Swapping handlebars for horse reins on day two, you’ll be trotted around the Salt Mountain Range before getting the chance to sand board 393ft (120m) down a huge dune with this excursion with Keteka. It should be noted that you (not the horse) are responsible for hiking back up the dune after sliding down – at high altitude too. While some horse riding and snowboarding experience will stand you in good stead, it is certainly not essential.

Leaving the best – and most elevated – to last, the ascension up Cerro Toco should ideally be attempted after at least a few days of acclimation. Most of the ground and altitude will be covered by car; a 1.5-hour drive will take you around 1,6400ft (4,999m) up the dormant volcano and then it’s a 2-4 hour hike up the last 2,625 vertical feet (800 meters). While the distance covered is, in itself, unchallenging, the altitude will make your heart rate flutter and your breathing strained. But worry not – the guides at Loca Venturas are equipped with oxygen tanks, heart rate monitors and the good sense required to keep you safe while hiking up the mighty Cerro. 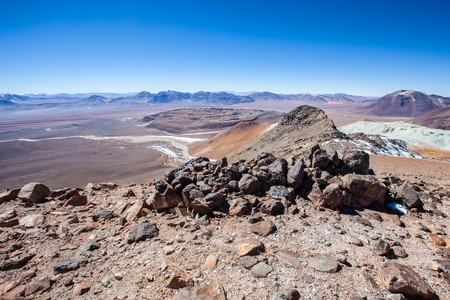 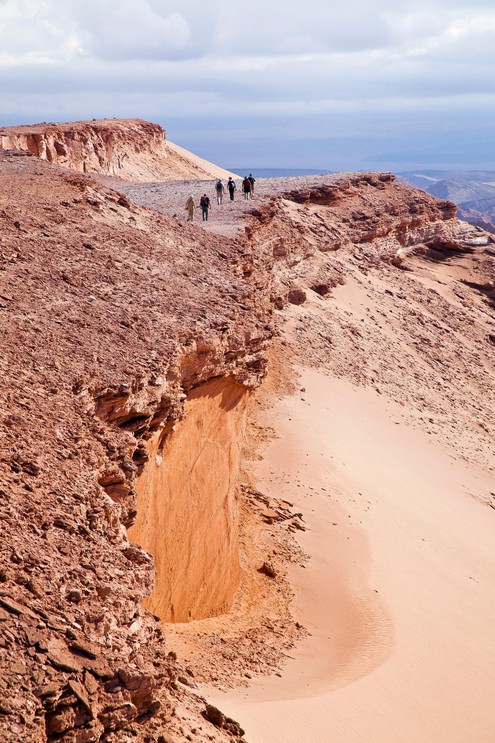 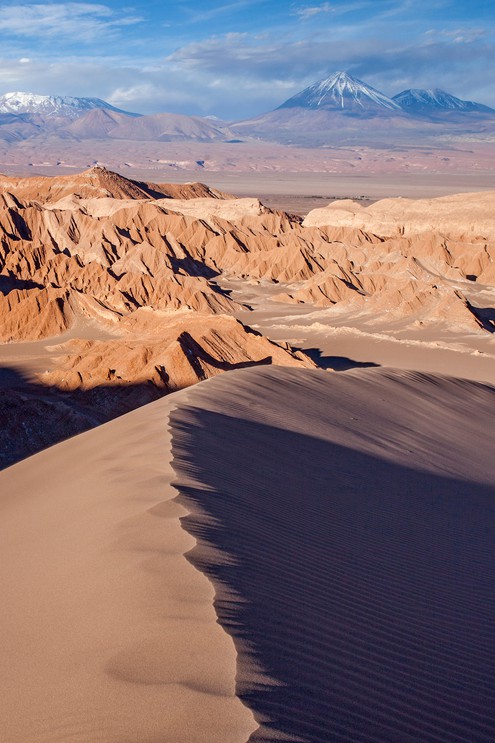